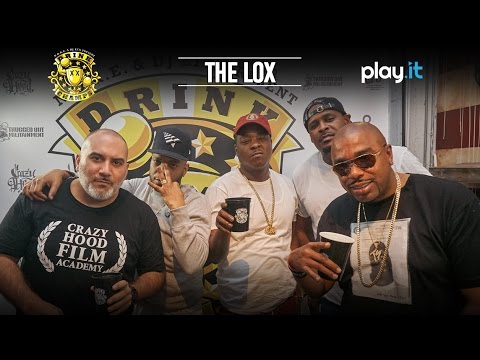 The Lox talk music and politics on Drink Champs’ podcast

The Lox is a legendary hip-hop group consisting of Styles P, Sheek Louch, and Jadakiss. Not too long ago, N.O.R.E. and DJ EFN had a great time interviewing them on their Drink Champs’ podcast.

Lox knows the disadvantages of working for somebody. In 1999, they sparked a grassroots movement that pressured Bad Boy Records to release them from their unfair contract. That victory freed them from doing dance records to signing with a harder label that fit their street image.

“The music business is the only place that a small White guy from Paris somewhere is gonna cut you $700,000. And if you don’t pay him back, he ain’t coming to ya block or none of that. You got a free 7-hunit.”

When asked about signing with a major label, Styles P chimed in.

“I need some backend off that. I’ma go speak to someone in the back where they getting the backend. Let me get a part of the backend too. Gimme a part of the backend. There’s a backend. There’s always a backend. If I got 10 Mil off rip, I’ma take it and think if you willing to give me 10 mil off rip, what could you make off of me? There must be a reason you willing to give me that 10Ms. Gimme the 10Ms and gimme like a couple of points on it so I can eat later.”