The Jack Moves (Zee Desmondes, Teddy Powell) is a talented duo based in Newark, New Jersey. Not too long ago, they released an appealing music video for their “Lionel Richie” single.

‘Lionel Richie’ is a hard soul banger, complete with a throbbing bassline, menacing drums, luscious string and horn arrangements, and cocky vocals. The song is reminiscent of The Ohio Players and Rick James funk, or INXS dance-rock if spun at one of David Mancuso’s infamous ’70s parties at The Loft.

‘Lionel Richie’ has a distinctly East Coast R&B sound but is able to sit comfortably alongside a contemporary outer-regional song like “Am I Wrong” by Anderson .Paak & the Free Nationals, or joints by artists like Bakar and Frank Ocean. Imagine a steaming subway commute through the bowels of the city, to emerge into the powder keg that is NYC… “Lionel Richie” is that energy. Perfect for the modern and nostalgic soul, funk, boogie, rare groove, and disco playlists. Furthermore, the song is featured on The Jack Moves’ third full-length LP, entitled, “Cruiserweight,” via Everloving Records. 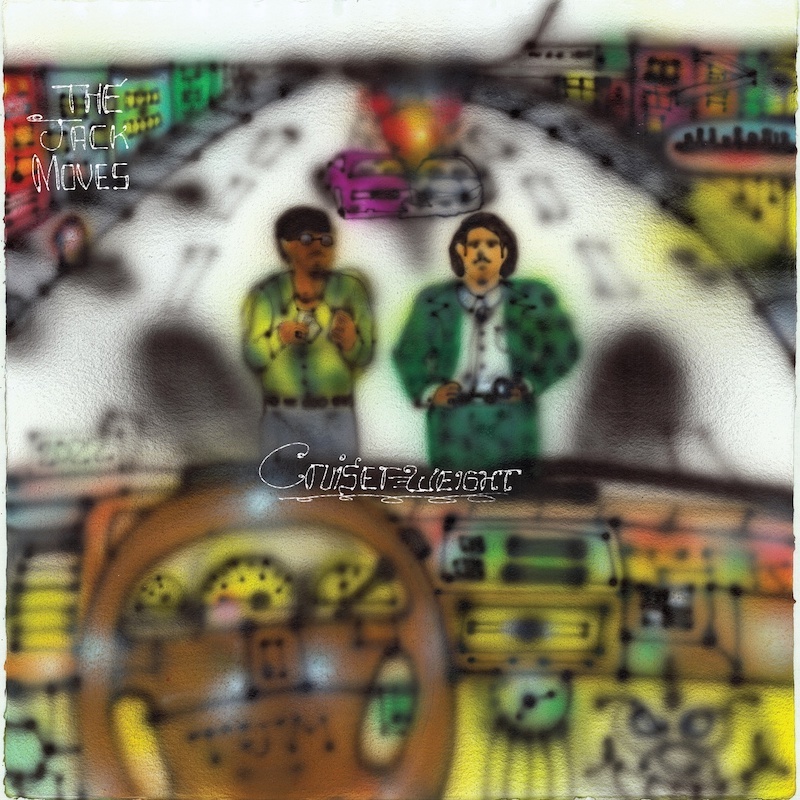 Once again, it’s on after a stint stuck in solitude, The Jack Moves are back in the ring. Still in love, but not falling. This time, they’re the prize. This go-round, they’re coming out swinging, not too cute for a scuffle. Still cruising, but now it’s for a bruising. Legendary producer/arranger Paul Kyser dubbed The Jack Moves “the baddest band in New York City,” and they sound every bit of it on “Cruiserweight.”

Overall, the project is a potent dose of everything we’ve come to know and love from The Jack Moves, from the sweet soul of “When You’re In Love” to the rock & roll tinged “Gatti vs Ward,” but with a noticeably more dynamic range. With this record, The Jack Moves promises to strengthen their foothold within the current musical landscape, occupying greater space across genres, and taking significant steps forward into this next chapter.

With “Cruiserweight,” The Jack Moves takes a cinematic approach to song-making. Each tune is a vignette, where the fellas get deep into character, to deliver essential parts of the story. As the plot thins and thickens, we’re treated to the sound we’ve come to love, along with a few new card tricks brought to the table.

With its infectious, ebullient hook and jaunty flute, lead single “Somebody’s Watching You” might seem like a sweet paean to longing, to desire—but it’s also an ode to looking in its many forms, to the interplay of gazes online and in real life, to observing, being observed, and performing for the eyes of others.

Follow up single “Seabra” is a breezy and romantic, mid-tempo ballad, calling back to Philly soul acts like Teddy Pendergrass or Harold Melvin & The Blue Notes, but infused with a sweet Brazilian samba rhythm, à la Astrud Gilberto and Antonio Carlos Jobim.

The Jack Moves captures the duality of the city’s existence, from the crummy and rude glory hole bandits of Penn Station to cherry blossom park lovers north of the city. In 2022, The Jack Moves toured with Thee Sacred Souls, Ghostfunk Orchestra, and Weapons of Mass Creation. They’ve been sampled on songs featuring Ghostface Killah and Conway the Machine, and have performed at Brixton Academy, Red Rocks, and Billboard Live in Tokyo.

We recommend adding The Jack Moves’ “Lionel Richie” single to your favorite contemporary soul playlist. Also, let us know how you feel in the comment section below. Mel Blanc’s famous catchphrase, That’s All Folks! Thanks for reading another great article on Bong Mines Entertainment – the hot spot for new music. Always remember that (P) Positive, (E) Energy, (A) Always, (C) Creates, (E) Elevation (P.E.A.C.E). Contact us on social media via Twitter, YouTube, Instagram, or Facebook, and let us know what’s going on. Disclaimer: This post contains affiliate links. If you make a purchase after clicking a link, we’ll collect a share of sales or other compensation.