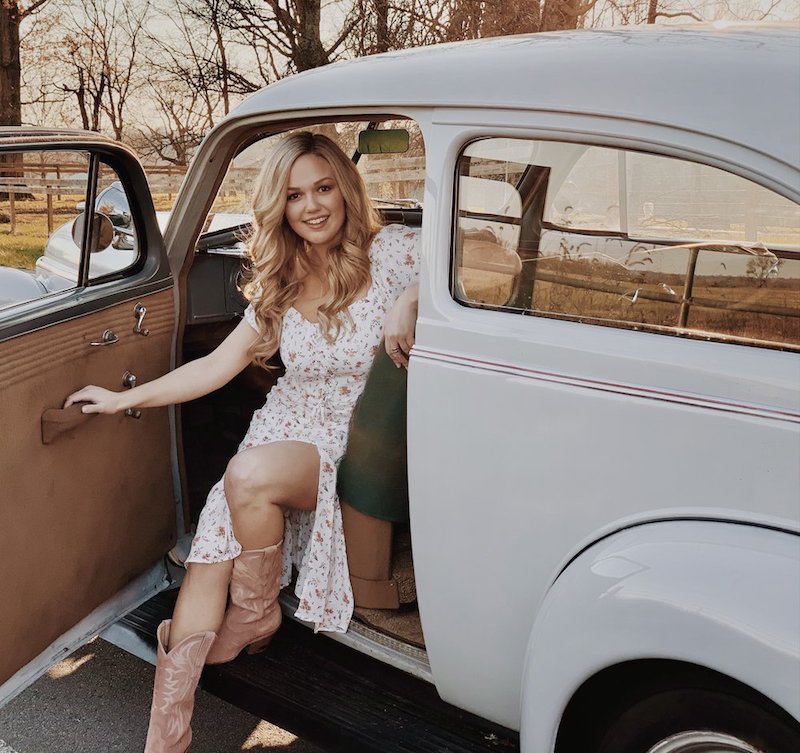 Sydni Cole is an up-and-coming Country singer-songwriter from Nashville, Tennessee. Not too long ago, she released an attractive debut single, entitled, “Dirt Road Daisy.”

“All the roots planted before me never knew how tough growing could be. But they stood strong and for that I’m here today, ready to pave the way for more to grow. ‘Cause I’m growing like a dirt road daisy, winding up a little bit crazy. There’s no other that can hold a petal to me, I’ll grow where the wind can’t break me. And I’ll plant my roots where the ground can’t shake me. Growing may be tough but it’s like me, and a dirt road daisy is all I’ll ever be.” – lyrics

‘Dirt Road Daisy’ tells a heartfelt tale about an unshakable young woman whose roots run deep into the ground. Apparently, she compares herself to a dirt road daisy because she grew up planted where mighty strong winds couldn’t break her. Now, she can’t stop growing, and she is more resilient than ever before.

‘Dirt Road Daisy’ contains a captivating narrative, ear-welcoming vocals, and tuneful melodies that will resonate well with fans of Cam, Lauren Alaina, Miranda Lambert, and Priscilla Block. Also, the lovable tune possesses guitar-driven instrumentation flavored with a cozy Country aroma. Furthermore, “Dirt Road Daisy” serves as a wonderful introduction of what listeners can expect to hear from Sydni Cole in the near future as she begins her claim to modern-day fame.

“I’ll grow where my roots are planted and I won’t take this life for granted.”

“I wrote this song as a tribute to honor all the women in my family who came before me and helped me become the woman I am today. Paying respect to the journey of life and generations before and those who will come after me.” – Sydni Cole explained

“When I was nine-years-old, I got a guitar as a gift from my mom and aunt. We had recently lost my nana to cancer and I was really sad and missing her tremendously, so I decided to write a song for her. I had learned a few chords and really felt the therapeutic power of music right away. I didn’t realize it then, but it’s so obvious now that creating music is how I cope with life and what it throws at me. Also, I write songs about what I am experiencing – the highs, the lows, and the in-betweens.” – Sydni Cole stated

“It ain’t always going to be easy. Sometimes I won’t know where to go. Taking turns, sometimes you won’t know where you’re landing. But remember you’re still standing, even if it’s harder to grow. Long traveled on the road I’m on, just know I owe it all to someone. My heart’s in gravel, I got to be the one that can’t stop growing.” – lyrics

We recommend adding Sydni Cole’s “Dirt Road Daisy” single to your favorite playlist. Also, let us know how you feel in the comment section below. Mel Blanc’s famous catchphrase, “That’s All Folks!” Thanks for reading another article on Bong Mines Entertainment, and always remember that (P) Positive, (E) Energy, (A) Always, (C) Creates, (E) Elevation (P.E.A.C.E).