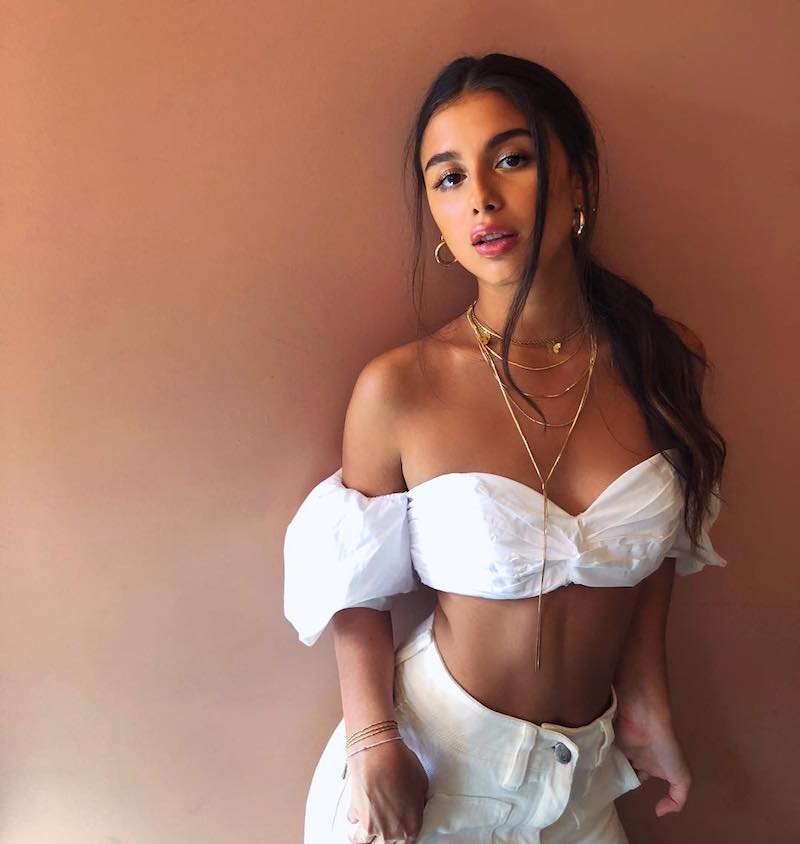 Sophia Messa is a 19-year-old singer-songwriter from Manhattan, New York. Not too long ago, she released a rhythmic pop tune, entitled, “offyourface”.

“Something has changed. How I feel right now (2x). Used to talk 7 days. Had to take that down (2x). And if you had it your way, I’d be on a plane right now. But we’re heading south. Just tryna keep you safe. Keep you on the ground.” – lyrics

‘offyourface’ tells an interesting tale of a young woman who is seeing a guy who is head-over-heels in love with her. She realizes that he’s addicted to her love, therefore, she recommends that they should take their time and not rush things. Later, she admits that he’s the last one that she wants to hurt, but the tears running down his face tells a completely different story. She ends up leaving him with high hopes, and now he’s going psycho.

“‘offyourface’ is about jumping into a relationship, maybe a bit too quickly. But it also celebrates going with your gut when entering new relationships and the idea of going after what you want. Most importantly, I want my fans to tie the song into their own lives, and interpret it for whatever it means to them.” – Sophia Messa

Sophia Messa is a first-generation American, born to self-made immigrant parents. Also, she is a dual citizen of Brazil and the United States. She attended The Professional Performing Arts School (home to Alicia Keys) for middle and high school, where she was classically trained in vocal performance and opera.

Inspired by the world around her, she began writing original music in high school and recorded demos at a studio across the street from her apartment. During her senior year, she was accepted into The Berklee College of Music. At just three weeks in, she signed a record deal and headed back to New York to launch her career.

We recommend adding Sophia Messa’s “offyourface” single to your personal playlist. Also, let us know how you feel about it in the comment section below.