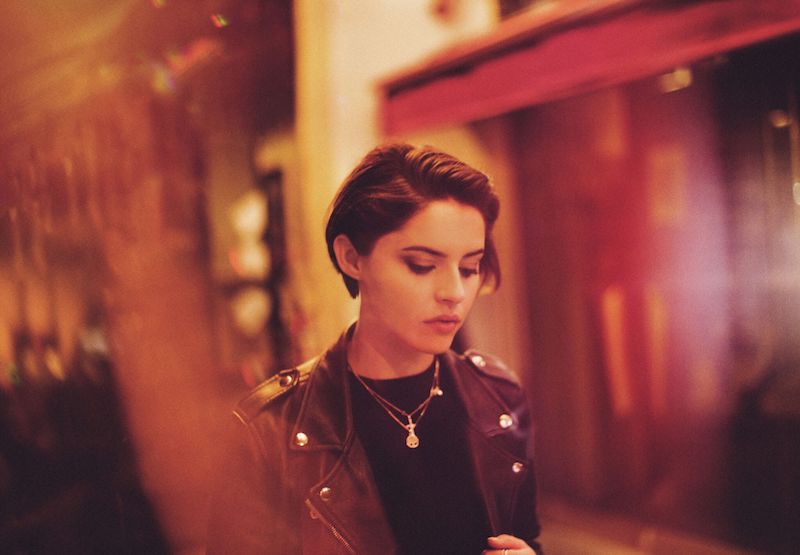 Sarah Proctor is a rising singer-songwriter from Billingham, England. Not too long ago, she released a gorgeous pop tune, entitled, “Say Too Much”.

Sarah Proctor – “Say Too Much” single

“‘Say too Much’ is about falling out of love, whilst still loving that person you’re with. It’s about staying in something when you know you should leave but it being the most difficult thing to do. You can end up staying and hurting each other by saying things you don’t mean. Or telling them you love them, but not actually feeling it anymore, which can be even more damaging.” – Sarah Proctor

‘Say Too Much’ finds Sarah Proctor wrestling with the dreadful scenario of falling out of love with her significant other.

The heartfelt tune is Proctor’s sophomore track which follows on the heels of her debut single, entitled, “Lay Down”.

“I like honest, real songwriting. Artists where, when you strip the production away, the songs stand on their own two feet—just pure and beautiful.” – Sarah Proctor

Sarah Proctor is a name you should remember and an exciting new artist to watch.

She draws inspiration from today’s artists such as Daniel Caesar, Jessie Reyez, and Sam Smith, who similarly allow their openness to permeate through their music.

Not too long ago, the charismatic newcomer announced her first London headline at Kansas Smitty on January 23, 2020.

Sarah Proctor – “Say Too Much” single

‘Say Too Much’ contains a relatable storyline, ear-welcoming vocals, and well-engineered melodies. Also, the likable tune possesses a UB40-ish chorus over moody instrumentation scented with an emo-pop aroma.

‘Say Too Much’ and ‘Lay Down’ will both be featured on Sarah Proctor’s upcoming debut EP, entitled, “Show Your Love”. A perfect title for a promising artist who wears her heart on her sleeve.

We recommend adding Sarah Proctor’s “Say Too Much” single to your personal playlist. Also, let us know how you feel about it in the comment section below.