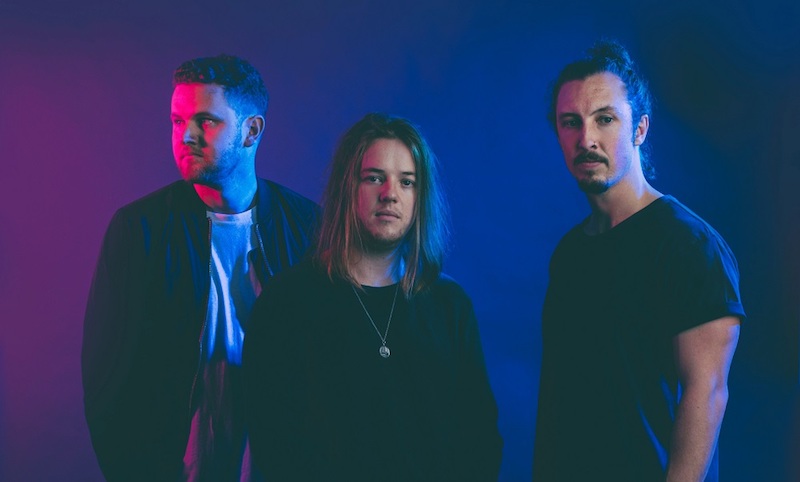 SAFIA is an electro-pop trio from Canberra, Australia. Not too long ago, they released an enchanting electronic tune, entitled, “Resolution”.

“Still, I think about you under the moonlight, though reminiscing holds me back. And on a cold night, I hear your voice glide through the cracks. So, if it’s alright, I need to learn to let you go.” – lyrics

‘Resolution’ tells an interesting tale of a young guy who loves his significant other.

Oftentimes, he thinks about this special person and wants to hear this individual say, “I love you”.

The likable tune leaves listeners feeling sentimental for the slow burn of a carefree summer romance.

“When we’re building a track, we’re trying to create a whole unique world. Once we have the spark of an idea, we’ll lay out a very clear visual sense of what that world looks like. And then we’ll make sure that every single element of the arrangement and the production fits naturally into it.” – Ben Woolner

SAFIA’s songs are as serene as they are infectious.

Their contagious energy and sound have made its way into the U.S., and now, we highly await their upcoming album, entitled, “Story’s Start or End”.

The trio first began transporting listeners to new worlds in 2013 with their breakout single, entitled, “Listen to Soul, Listen to Blues”.

So far, the likable tune has racked up over 15M streams online via Spotify.

Not too long ago, SAFIA cracked the Top 10 on the Australian Independent Singles chart. This important accomplishment helped garner invitations to support superstars such as Lorde and Disclosure to name a few.

We recommend adding SAFIA’s “Resolution” single to your personal playlist. Also, let us know how you feel about it in the comment section below.