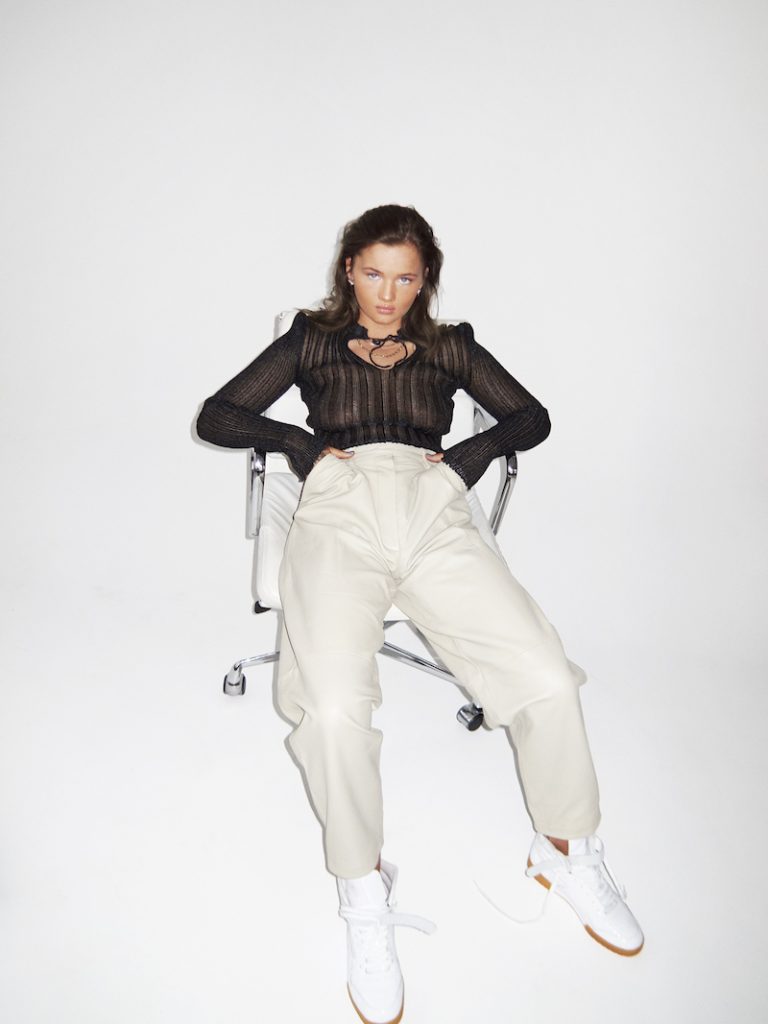 RoseeLu is a talented 20-year-old singer-songwriter from Denmark. Not too long ago, she released an attention-grabbing pop tune, entitled, “F**k With My Feelings.”

RoseeLu – “F**k With My Feelings” single

“‘F**k with my Feelings’ is about the insane state of mind you are in when you are in love. But also the addiction which I know way too well from past relationships.” – RoseeLu explained

‘F**k With My Feelings’ is RoseeLu’s take on the ever-changing game of love. The dramatic tune contains a relationship-based narrative, ear-pleasing vocalization, and tuneful melodies. Also, “F**k With My Feelings” possesses vibrant instrumentation flavored with a dark alternative pop vibration. Furthermore, the song follows hot on the heels of Roseelu’s previously released single, entitled, “Playing Alone,” which made waves on the international blogosphere back in March.

‘F**k With My Feelings’ and ‘Playing Alone’ are currently in heavy rotation on national Danish radio P3. Both tunes are stellar offerings from an earmarked artist who consistently draws listeners into her world with each release.

“F**k With My Feelings” single

RoseeLu has always done things her way and has always been a loner. Not in an introvert way, but in a constant search and lust for life in an extrovert kind of way. As a kid, RoseeLu grew up to the sound of her dad’s piano. She wrote her first melodies in kindergarten and eventually decided to follow her own dream and ambition to become a full-time musician. At the age of 17, she quit high school, left home, and moved to Copenhagen. Now, she’s one of tomorrow’s most promising new talents.

We recommend adding RoseeLu’s “F**k With My Feelings” single to your favorite alternative-pop playlist. Also, let us know how you feel in the comment section below. Mel Blanc’s famous catchphrase, “That’s All Folks!” Thanks for reading another great article on Bong Mines Entertainment. And always remember that (P) Positive, (E) Energy, (A) Always, (C) Creates, (E) Elevation (P.E.A.C.E).