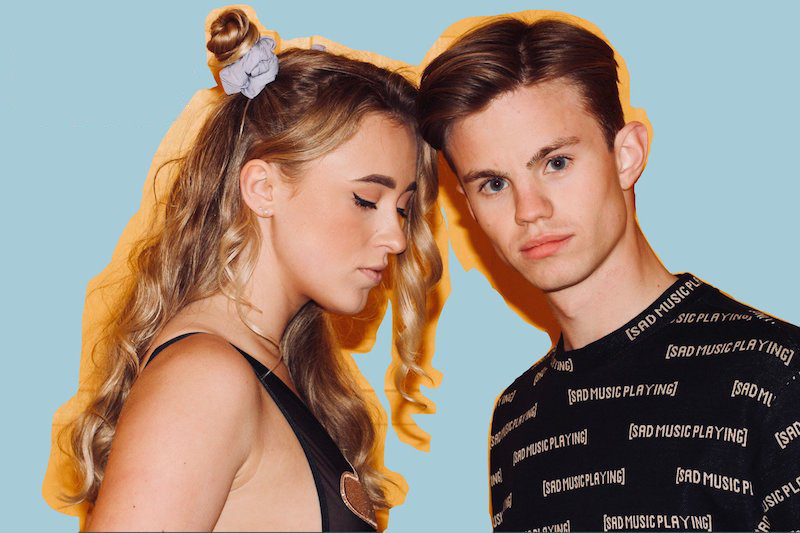 Rallie & Coal is an up-and-coming artist/songwriting duo from Sweden. Not too long ago, they released their “Prom Queen Crown (Acoustic)” single.

“’Prom Queen Crown’ is a light-hearted culmination of confusion, nostalgia and reminiscing over a so-called simpler time. You’re in a place in your life where you know where you want to go and who you want to be, but that doesn’t help because you have no idea how to get there. With all of those thoughts circulating, all you can think is how easy it would be to go back to the time in high school where the biggest thing you worried about was some surface-level popularity contest and the prom queen crown being a symbol of this. It’s the epitome of wanting to go back to that naiveté. You know that that was all it was, a naiveté and the song pokes fun at that. It is a self-aware look at your life.” – Rallie & Coal

“The first verse reflecting more over the view you have of yourself and how you can sometimes be anxious, nervous, a little on the blonde. But what the hell…everyone is sometimes. The pre goes on to describe some things that aren’t where they should be. Also,  it acknowledges that these aren’t the most important things. And honestly, it’s okay to be lost. It’s okay not to have your dream job yet, you’re working your way to it. Also, it’s okay not to be in the relationship that you’re meant to be in. Maybe, you shouldn’t be. Maybe, it’s good to make these mistakes. It’s okay to want to be active in today’s forums, social media. Just as long as you don’t get stuck in it and it causes your sense of reality and self to warp.” – Rallie & Coal

Rallie & Coal is a name you should remember and an exciting new duo to watch. They first met while studying at Musikmakarna, a world-renowned school for songwriting and music production located in the North of Sweden. Their influences include everything from the Billboard sound of Max Martin and beautifully composed lyrics of Julia Michaels, to the moving melodies of John Mayer. 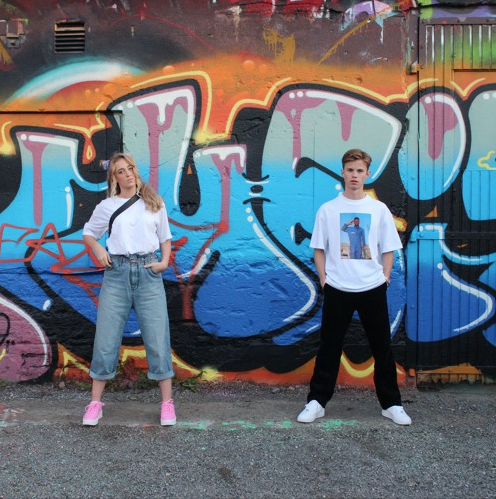 “The second verse takes a look at relationships in your life, crushes in particular, and the fragility of love at this in-between stage of life. You play judge and jury, yet you can’t execute anything. It’s this entirely new range of emotion to explore and it makes you giddy and anxious. And you see the world through a rose-colored lens. You’re kind of a mess, they are too, but at least you are cute together. At least you present as though you have your sh*t together on Instagram.” – Rallie & Coal

Rallie was born in New York and grew up in England. While growing up, she played tennis at an elite level. During that time, she set music aside to focus on her goal to play tennis professionally, eventually becoming Top 10 in Sweden.

At the age of 17, she chose her passion for songwriting and performing over tennis. Also, after getting accepted into Musikmakarna, she has worked with Kristian Kostov, Benjamin Ingrosso, and Joy Deb. Currently, she is doing an internship at Symphonix International, a sub-label under Universal Germany.

“The song’s meaning comes full circle in the 2nd chorus (even though it hasn’t changed) after having gone through the feels of the 2nd verse you experience the same chorus differently. We all have bad days and with a sparkle in the eye, you can admit that you let other people bad days get to you and vice versa. We are all guilty of this, enough so that sometimes if feels as though there are no good days. This adds a melancholy dimension to a song already filled to the brim with contradicting emotions. It’s not a sad song. It’s not a happy song. It is none of that and it is all of that. It is simply an honest song. We think this is a stage of life that most people can relate to, a crossroads of sorts.” – Rallie & Coal

Coal is a 22-year-old from Arvika who moved to Stockholm after his graduation to study music. At the age of 16, he auditioned for Idol and was subsequently scouted for the British X-Factor.

Currently, he interns at “The Garden”, a studio complex housing the likes of Michel Zitron, John Martin, and Svidden. Also, other well-known Swedish songwriters and producers.

We recommend adding Rallie & Coal’s “Prom Queen Crown (Acoustic)” to your personal playlist. Also, let us know how you feel about it in the comment section below.