Poo Bear is a two-time GRAMMY® Award-nominated singer, songwriter, producer, and entrepreneur. Not too long ago, he released a sensational Caribbean-infused pop tune, entitled, “Favorite Human.”

“‘Favorite Human’ was originally written by my close friend, Nabeel, who’s a great poet. The entire experience of collaborating with him on this record allowed me the ability to show growth as a writer by converting this poem into a song. ‘Favorite Human’ is really about those special people in your life, in my case, I was thinking about my wife and my family while creating this. But I think it’s something very special that anyone would be able to relate to.” – Poo Bear explained

‘Favorite Human’ is a tribute that celebrates that one person that holds immeasurable value in your life. Originally created as a poem tribute from a father to his son, this pop tune holds a universal message between loved ones. Furthermore, “Favorite Human” follows the success of Poo Bear’s previous release single, entitled, “Distant Shore,” which reached #7 on the Mediabase Dance Charts and #23 on the Billboard Dance/Mixshow Airplay chart.

The track’s beat has become that much more enticing as British DJ and producer, Joel Corry, puts his own spin on the perfect song for dancing all night long. Alongside the remix, he also shared the accompanying video, directed by Elliot Sellers (Lil Jon, Young Thug), and shot in Los Angeles, CA. The song encapsulates the feeling of being uncontrollably drawn to someone who seems so far away, and wanting or chasing the one that got away. 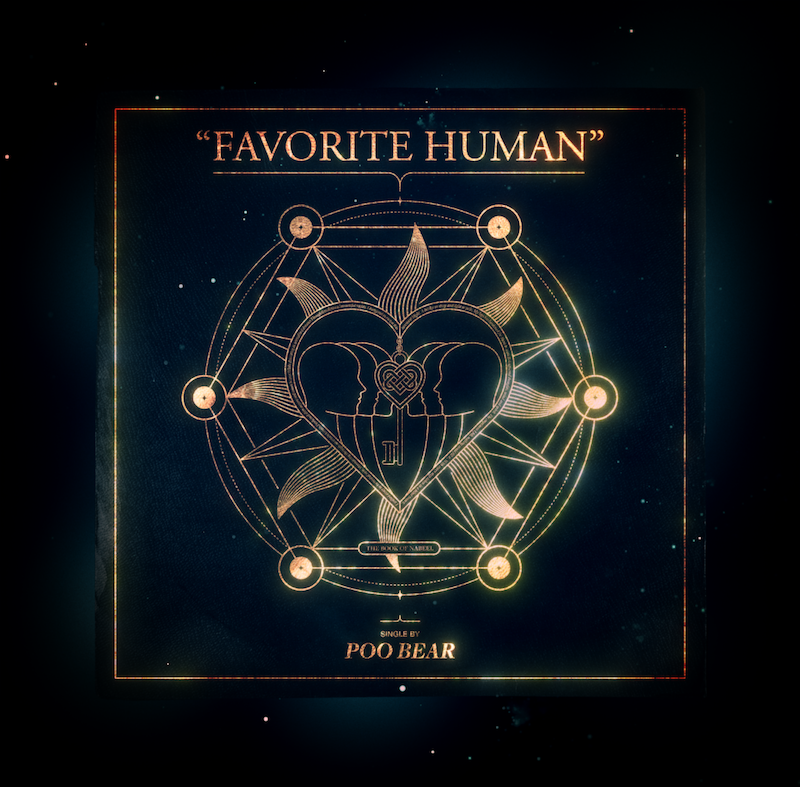 Poo Bear greets everyone by saying, “Happy Birthday.” As unexpected as it may be, it always incites a smile. Everything about Poo is just as unpredictable. His gracious demeanor belies a downright unbelievable career. Earmarked by blockbuster smashes such as Justin Bieber’s “What Do You Mean?”, Usher’s “Caught Up,” Dan + Shay’s “10,000 Hours,” and Chris Brown’s “I Can Transform Ya” [feat. Lil Wayne & Swizz Beatz] as well as the 13-times platinum, “Despacito (Remix),” [feat. Justin Bieber] for Luis Fonsi and Daddy Yankee. Also, Poo Bear’s catalog has registered sales of over 350 million records worldwide, dozens of multi-platinum certifications, and 100 billion streams and counting.

We recommend adding Poo Bear’s “Favorite Human” single to your favorite tropical R&B playlist. Also, let us know how you feel about it in the comment section below. Mel Blanc’s famous catchphrase, “That’s All Folks!” Thanks for reading another great article on Bong Mines Entertainment – the hot spot for new music. Always remember that (P) Positive, (E) Energy, (A) Always, (C) Creates, (E) Elevation (P.E.A.C.E). Contact us on social media via Twitter, YouTube, Instagram, or Facebook, and let us know what’s going on. “Disclaimer: This post contains Apple TV and Apple Music affiliate links. When you buy through links on our site, we may earn an affiliate commission.