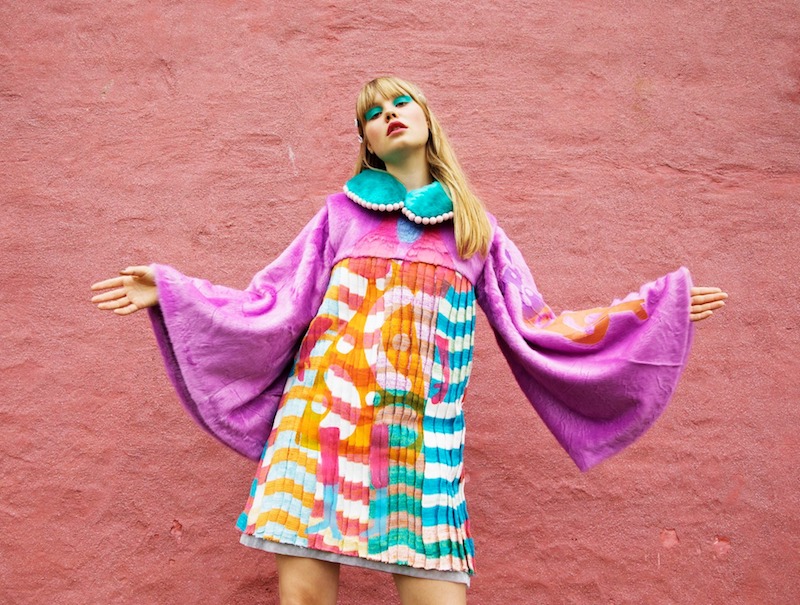 Lxandra is a singer-songwriter from a small island off the coast of Finland. Not too long ago, she released an amazing music video for her “Swimming Pools (Radio Edit)” single.

“We wanted to create this innocent and child-like world that combines imagination and reality for the video. I let the inner child in me show and I danced like nobody’s watching in front of the whole video team which felt very freeing. We wanted to create a visual that really supports the positive part of the message in the song that happiness really is in those little things and sometimes all you need is a little imagination. You don’t need a crown to be a queen.” – Lxandra

‘Swimming Pools’ tells an interesting tale of a young woman who reflects on the times when she played hide-and-seek with her friend on the playground.

Apparently, everything was easier back then, when they used to run away from trouble with their bare feet moving in the sand.

Even though she admits that life isn’t easy now, she still feels rich and positive about cashing in on her dreams.

“The day we wrote ‘Swimming Pools’ I was really frustrated at the system, at the world that runs on money. We decided to write a song that is about being happy with what you have and showing a middle finger to capitalism and the sometimes impossible expectations of society. About remembering who you are and where you come from and always holding on to that. ‘Cause money or success doesn’t bring happiness, the beautiful cliché: it’s in the little things.” – Lxandra

Her “Swimming Pools” single will be featured on her upcoming debut EP, entitled, “Another Lesson Learned”.

The anticipated project will be released on October 25, 2019, and it will also feature Lxandra’s next tune, entitled, “Dip My Heart in Confetti”.

Not too long ago, she released a lyric video for her “Swimming Pools” single

We recommend adding it single to your personal playlist. Also, let us know how you feel about it in the comment section below.