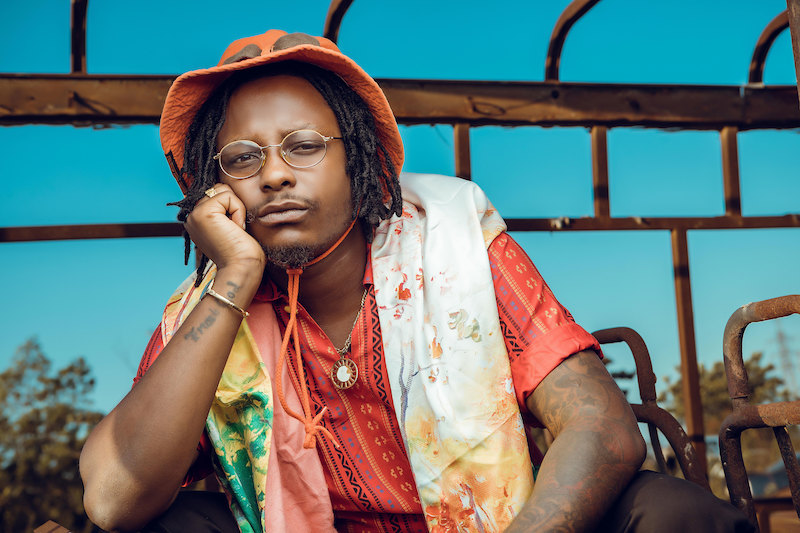 Kelvyn Boy is a fast-rising artist from Accra, Ghana. Not too long ago, he released an appealing audiovisual for his “Watch Nobody” single featuring Gyedu-Blay Ambolley via Blakk Arm Entertainment.

“This project has been one in the making. It embodies everything I represent, for my country, for my culture, and for my people. ‘Blackstar’ means pride to me. I captured the heart of Ghana and poured it into the ‘Blackstar’ album.” – Kelvyn Boy stated

Named after Ghana’s iconic flag, “Black Star” is both a celebration and a critique of the country Kelvyn Boy calls home. The tracklist folds in social commentary, party jams, politics, religion, love, and heartbreak. Also, the album draws on the nation’s wealth of musical heritage and updates it, taking listeners on a heady ride through modern times.

Kelvyn Boy’s musical influences include Bob Marley, Fela Kuti, Stonebwoy, and his own personal experiences. His unique musical style is a well-curated blend of Afrobeats, Afro-Pop, reggae, soul, and highlife. So far, he has collaborated with Stonebwoy, Kwesi Arthur, Sarkodie, Kidi, and Queen Ayorkor to name a few. Also, he has shared the stage alongside legend Ziggy Marley, Chronixx, Busy Signal, and Serani.

We recommend adding Kelvyn Boy’s “Watch Nobody” single to your personal playlist. Also, let us know how you feel in the comment section below. Peace.