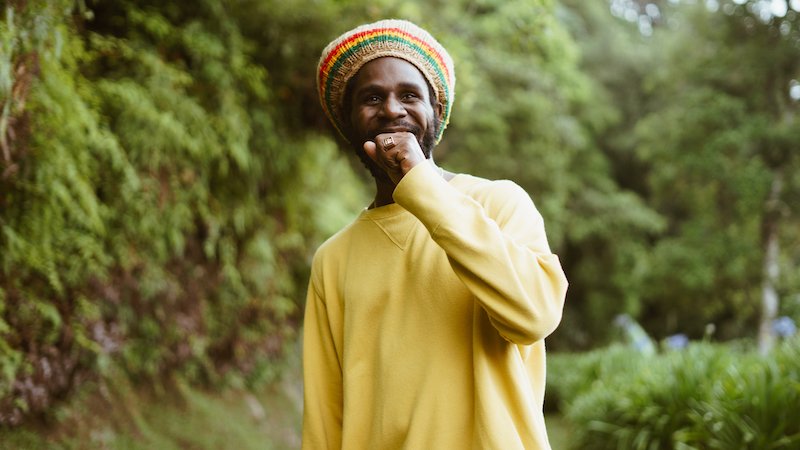 Chronixx is a talented reggae artist from Kingston, Jamaica. Not too long ago, he released an appealing music video for his “Same Prayer” single featuring fellow Jamaican lyricist, Kabaka Pyramid, who complements the tune with a verse echoing his sentiment.

“There’s so much good in the world and still evil a lurk. In the darkness a night, Jah protect I and I from the ones who nuh care ‘bout the fact that we share the same air. And the blood that we bleed is alike. What good is a brother who pretend to love his mother? If his actions would make she lose sleep inna night. I cry rivers of tears and I hope Jah Jah hear. Tuck it inna mi waist and start up the bike.” – lyrics

‘Same Prayer’ tells a heartfelt tale of a young man who prays the same prayer every day while walking the streets. Apparently, he wants Jah to never leave his side, and to watch over him as he goes out or comes in. Later, he admits that even though this life feels like a battlefield, he’s confident that he will overcome because Jah is his guide and shield.

“Jah thank you for your loving kindness, for every drop of air I breathe.”

“‘Same Prayer’ is, in part, a prayer for the younger generation to reflect on internally. Also, it’s a reminder that there is a greater power directing things in the physical space. Instead of looking for solutions in our material lives, we can both reach out to this higher power and look deep within ourselves.” – Chronixx

‘Same Prayer’ serves as a perfect presentation to what listeners can expect to hear on Chronixx’s upcoming sophomore album, entitled, “Dela Splash”. The anticipated project is slated for release later in 2020.

“Jah carry me through everything. I have no fear for anything. Jah gave me all the strength I need to make it through this world I was born in. Rastafari is my peace of mind. Jah thank you for your loving-kindness. For every drop of air I breathe and for waking me up this morning.” – lyrics

We recommend adding Chronixx’s “Same Prayer” single to your personal playlist. Also, let us know how you feel about it in the comment section below.