Joshua J is a 20-year-old Dutch singer-songwriter/producer. Not too long ago, he released a lovely debut album, entitled, “1998”.

“Creating this album helped Joshua J process a lot of what happened in the first nineteen years of his life. It brought him closer to who he is and outlined who he wants to become. ‘1998’ represents Joshua in his purest, more sincere form.”

Joshua J created quite a buzz and appetized the airwave with his “Hurry Up”, “Cold Wine”, and “Let Go” singles. Now the bubbly entertainer has prepared a delicious full-course sonic meal which is sure to satisfy the taste buds of his adoring fanbase and music lovers in general. 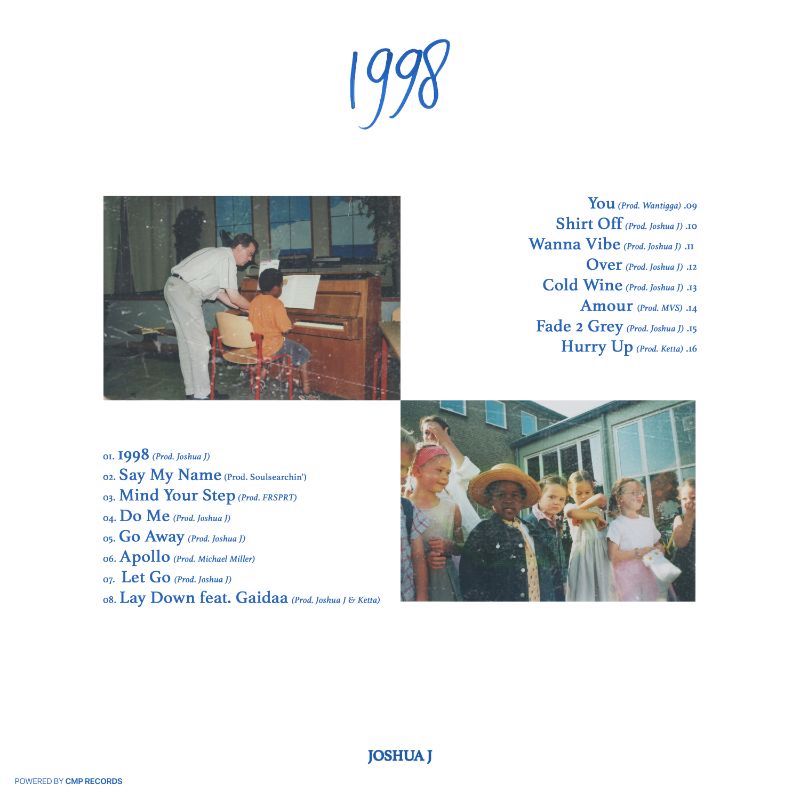 Joshua J started writing and singing when he moved out of the foster home he grew up in. He started playing piano at the age of six. By twelve he was DJing and later won first prize in a national competition. Since then, he has opened for acts such as Col3trane, ODIE, and TheColorGrey. Also, his music has won over the likes of Dr. Dre and Julie Adenuga (Beats 1).

We recommend adding Joshua J’s “1998” single to your personal playlist. Also, let us know how you feel about it in the comment section below.