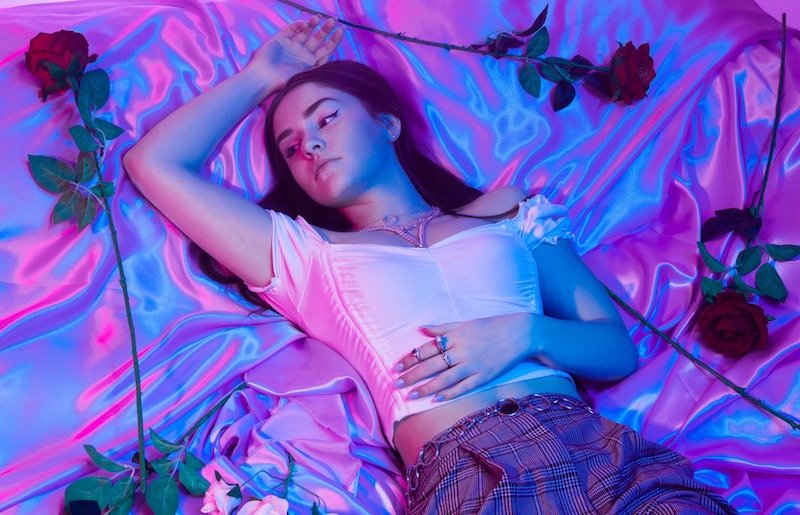 Jayde is a Toronto-based singer-songwriter from Cobourg, Ontario. Not too long ago, she released a heartbreaking lullaby, entitled, “Sad AF”.

“Never saw this coming. You said you were all in. Wouldn’t call this living. No, we’re just coexisting, ignoring all our problems. Isn’t gonna solve ‘em but you still wake up next to me. I play it off like I’m cool. I make it look like we’re good. Everyone asking ‘bout you, smile it off like I should. Can’t get away from the truth. I wish this feeling was new when I get thinking of you.” – lyrics

‘Sad AF’ tells a gloomy tale of a young woman who shares a problematic relationship with her significant other. Apparently, she’s unhappy because she and her partner fight too much and don’t talk often because their words have lost their meaning. Later, she admits that disregarding their problems isn’t going to get anything solved.

Furthermore, “Sad AF” confronts the inevitable pain of a love gone cold. The dismal tune finds Jayde revealing a broken and drawn-out relationship that is holding on by a thread. By facing her true feelings, she is led to healing through acceptance.

“When you start drifting apart from someone, you start going out to things without them. And a bunch of people asks you, “Oh, where is so and so?” So you make it seem like everything is great. When in reality, you’re not talking as much as you used to. And you’re really just going through the motions but you’re both too afraid to let it go. It’s a really emotionally taxing place to be in your relationship.” – Jayde

Jayde began songwriting at the age of 12. Since then, she has been working on perfecting her sonic identity. In 2018, she piqued the interest of several A-List artists such as Finneas, Bishop Briggs, and Jessie Reyez for both covers and her original music.

“As I was getting into music, a lot of people told me that I had to do mainstream because that’s what was going to sell. I was always so stubborn about it. But I remember one time when I was recording, they said that I was in between Demi Lovato and Lana Del Rey. Is it mainstream pop? Is it underground pop? The way that I see it is in between. That’s the type of person I am too. I don’t fall into either one of those  categories because I’m in the middle.” – Jayde

We recommend adding Jayde’s “Sad AF” single to your personal playlist. Also, let us know how you feel about it in the comment section below.