Takeoff was given an in-game funeral on Grand Theft Auto (GTA) by mourning gamers earlier this week following his untimely death. Takeoff, whose real name is Kishnik Khari Ball, was best known as a member of the platinum-selling hip-hop trio, Migos, with his uncle Quavo and first cousin, Offset.

The artist was shot and killed by a stray bullet while at a bowling alley in Houston, Texas. According to reports, Takeoff and fellow Migos group member, Quavo, were playing dice when an altercation broke out and someone opened fire. A preliminary autopsy report revealed that Takeoff died as a result of “penetrating gunshot wounds of head and torso into arms.” Two other people were shot in the incident and were taken to the hospital. 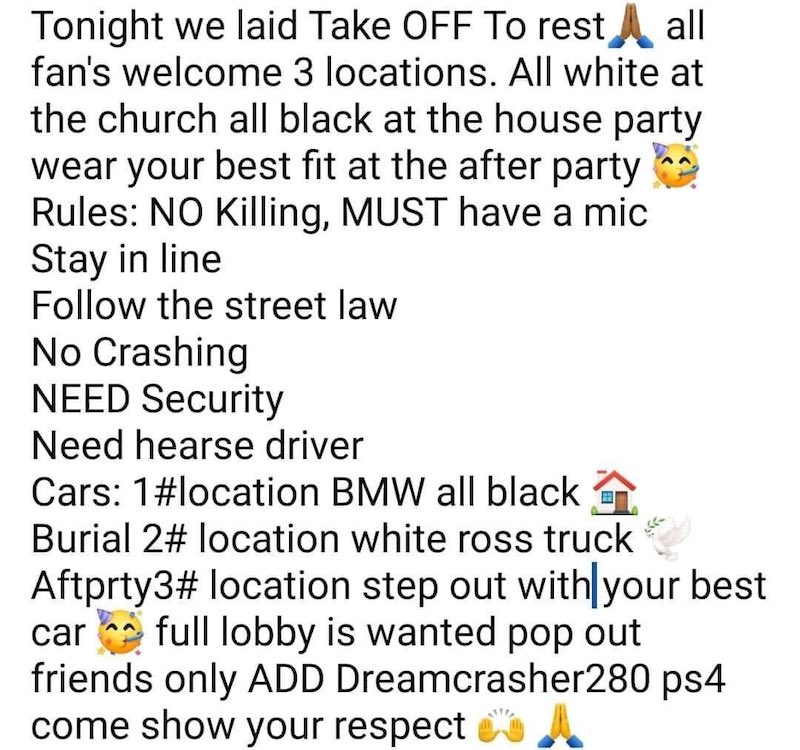 To pay their respects, fans held a GTA private event comprising three different events, a procession, a service, and an after-party. During the events, attendees needed to adhere to strict rules. The flier read, “Tonight we laid [Takeoff] to rest… all fans welcome [to all] three locations. All white at the church, all white at the house party… wear your best fit at the afterparty… NO killing, must have a mic… Stay in line… Follow the street law… No crashing…”

The flier also requested security, a hearse driver for the in-game procession, and specific vehicles needed for each location. Images released on social media showed a hearse with a license plate bearing Takeoff’s moniker. 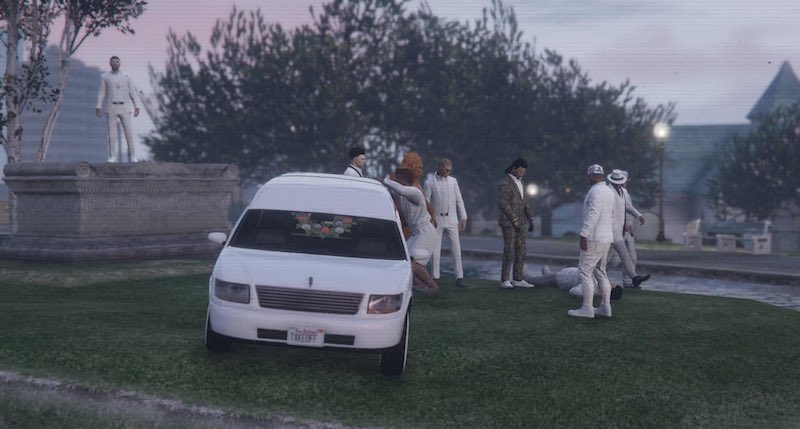 “I was really sad to hear the news. Kirshnik has been a faithful member since he was ten years old. He and his family were active and avid supporters of the church and the community as a whole.” — Reverend Jesse Curney III stated

Takeoff’s real-life funeral is set to take place on November 11 at State Farm Arena in Atlanta with Reverend Jesse Curney III of New Mercies Christian Church giving the eulogy. Numerous artists and celebrities have paid tribute to the Takeoff including Beyoncé, Rick Ross, and Tyler, the Creator. 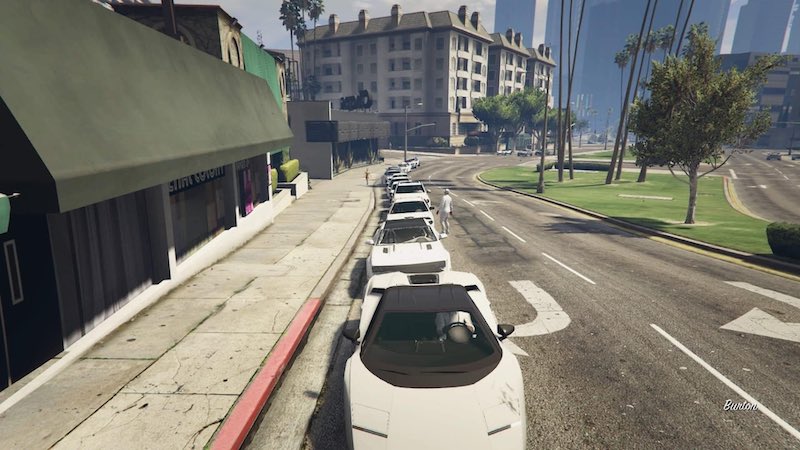 Drake also spoke of the late artist on his Table For One radio show on SiriusXM last Thursday talking about how he had “formed a brotherhood” with Takeoff after featuring on a remix of Migos’ 2013 debut single, Versace. The artist has rescheduled a gig at Apollo Theater in Harlem, NYC on Friday, November 10 as part of SiriusXM’s Small Stage series so that he can attend the funeral.

The tragic body count of rappers who has been killed in 2022 continues to mount, with PnB Rock making headlines in September after being shot dead in an LA waffle house and Half Ounce being fatally shot in LA last month.