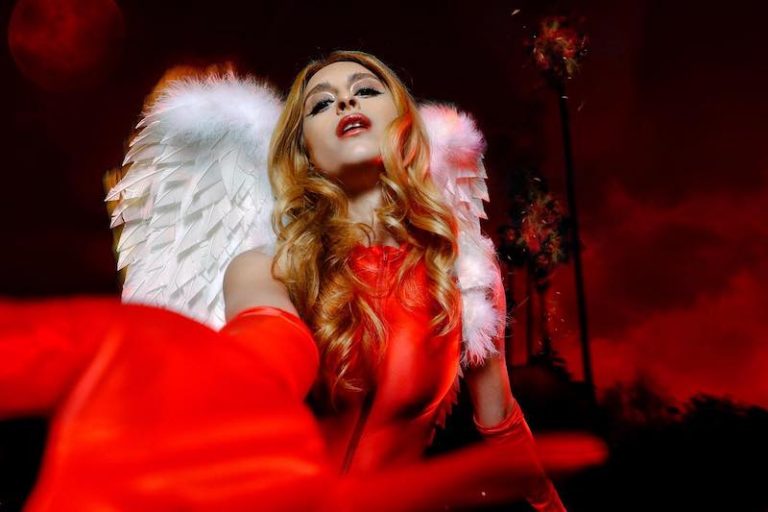 Gia Woods is a Persian singer-songwriter and multi-instrumentalist. Not too long ago, she released a lovely electro-pop tune, entitled, “Enough of You.”

Gia Woods – “Enough of You” single

“‘Enough of You’ is about the intoxication of infatuation. I wrote this song as an ode to those who too have experienced the many forms of addiction Los Angeles feeds into. It’s funny actually, LA is a social city – hustle and bustle, parties and booze, sex and politics. But yet, at the end of the day, you still feel lonely. From loneliness comes codependency and addiction. We latch on to that one thing that may not be good for you, but you know it’ll give you a sense of stability, subconsciously aware it’s temporary or a Band-Aid if you will.”  – Gia Woods explained

‘Enough of You’ contains a relatable narrative, ear-pleasing vocalization, and tuneful melodies. The likable tune possesses vibrant instrumentation flavored with an electro-pop vibration. Furthermore, “Enough of You” serves as a tasty appetizer to what listeners can expect to hear from Gia Woods in the near future.

Growing up, there weren’t a lot of Gia Woods in the Persian community. Now, she wants to be the role model she never had. Woods first came to prominence with her 2016 single, Only A Girl. The song was her bold, coming-out anthem to her parents, friends, and everyone who didn’t know that part of her life as a queer, Persian woman.

Gia Woods – “Only A Girl” video

Since its release, the impact of “Only A Girl” has just continued to grow. So far, it’s reached over 10 million views on YouTube and gained Woods over 100,000 subscribers. While Woods has solely released a string of singles up until now, with her upcoming debut EP, “Cut Season,” the 23-year-old artist has curated eight tracks that sum up all of the reasons she needed to dispose of not only the toxic people she had in her life – but the cycles she had with herself. Woods pairs the darkest parts of her life and herself and creates a world of cinematic pop songs.

“Enough of You” single

We recommend adding Gia Woods’s “Enough of You” single to your favorite electro-pop playlist. Also, let us know how you feel in the comment section below. Mel Blanc’s famous catchphrase, “That’s All Folks!” Thanks for reading another great article on Bong Mines Entertainment. And always remember that (P) Positive, (E) Energy, (A) Always, (C) Creates, (E) Elevation (P.E.A.C.E).