GALE (pronounced GAH-leh) is a talented singer-songwriter from Puerto Rico. Not too long ago, she released an appealing music video for her sensational Latin pop single, entitled, “Problemas,” her sophomore release as a solo artist via Sony Music Latin.

‘Problemas’ finds GALE wearing her heart on her sleeve while effortlessly managing to display the feelings that cross our minds. The charismatic artist tells a heartfelt tale about a young woman who shares a toxic relationship with her significant other. Apparently, they use make-up sex as a temporary escape from their problems.

‘Problemas’ contains a relationship-based narrative, powerful pop melodies, ear-pleasing vocals, and a powerful rap bridge that sees GALE’s Puerto Rican roots take over. The rhythmic tune possesses a wonderful 2000s pop-punk-inspired guitar solo and heart-thumping drum-laden instrumentation flavored with an alternative Latin pop vibration. Furthermore, “Problemas” serves as a tasty appetizer to what listeners can expect to hear from GALE in the near future as she continues to release new and exciting music.

“I wanted to write a song inspired by being in a physical, toxic relationship where most problems are solved in the bedroom. It’s like a vicious cycle: you know it’s not good for you, but you keep coming back for the high and excitement of it. The music video is a perfect representation of it. It’s very stimulating. I’m engaging with different situations and things such as food, renaissance figures, dancing, lights, and rock ‘n’ roll.” – GALE explained

GALE’s effortless composition of strong female anthems has led to co-writing songs with renowned talent including the likes of Christina Aguilera, Anitta, Shakira, and Cardi B to name a few. Also, she recently received an invitation to attend this year’s Billboard Women In Music, all before the release of her first solo single.

“Let them call me immature, I know. It’s been a week since I’ve gone home. Don’t tell me, I know I’m drunk.”

No stranger to the starring role, GALE performed in musical theater productions during her academic years. Also, she studied classical music, guitar, and singing at the Escuela Libre de Música de Puerto Rico. 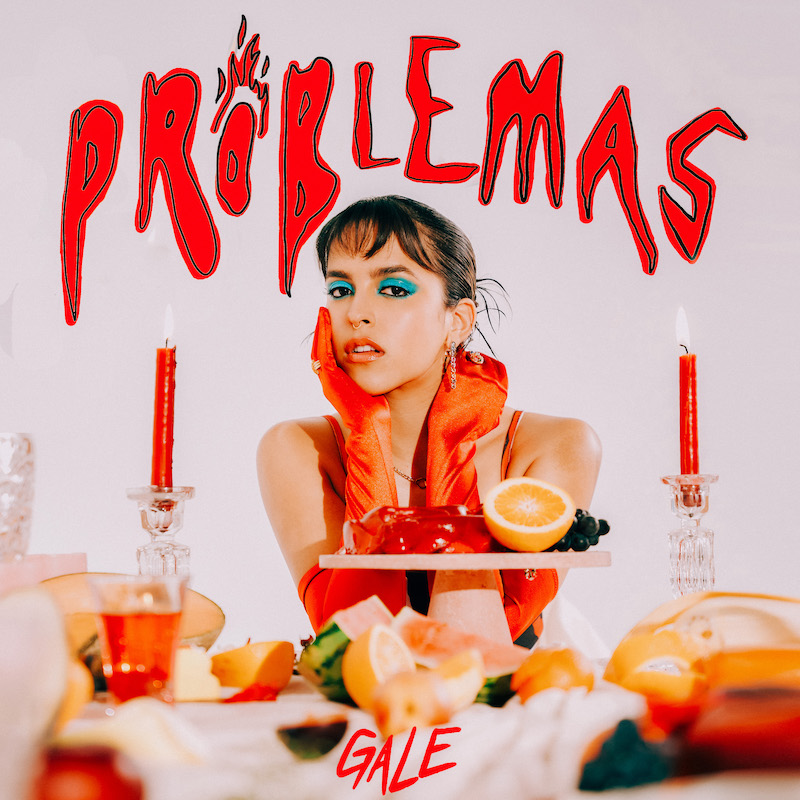 We recommend adding GALE’s “Problemas” single to your favorite Latin Pop playlist. Also, let us know how you feel about it in the comment section below. Mel Blanc’s famous catchphrase, “That’s All Folks!” Thanks for reading another great article on Bong Mines Entertainment – the hot spot for new music. Always remember that (P) Positive, (E) Energy, (A) Always, (C) Creates, (E) Elevation (P.E.A.C.E). Contact us on social media via Twitter, YouTube, Instagram, or Facebook, and let us know what’s going on. “Disclaimer: This post contains Apple TV and Apple Music affiliate links. When you buy through links on our site, we may earn an affiliate commission.