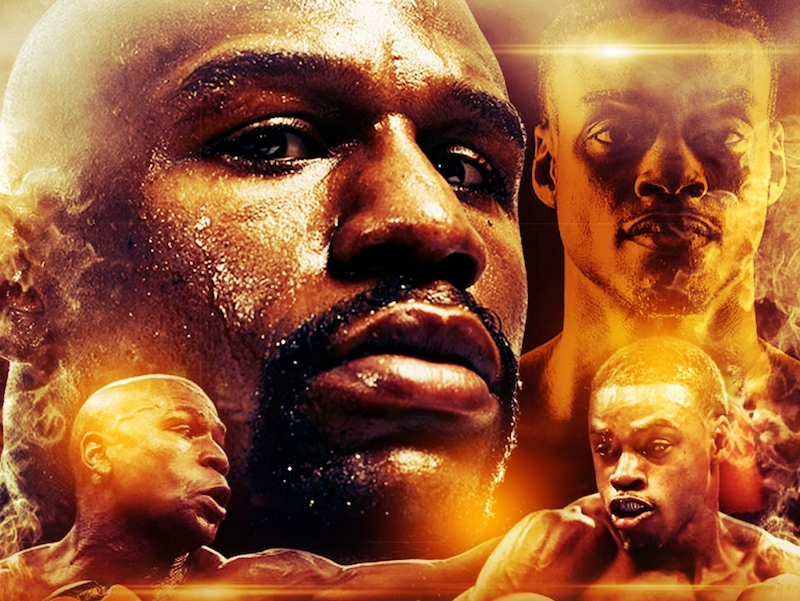 In our first episode of Fantasy Dream Match, we matched two undefeated boxers, one an active pound-for-pound welterweight champion, the other, a retired legend, and future Boxing Hall-of-Famer. Not too long ago, we conducted a poll to find out who would win a Fantasy Dream Match between Floyd Mayweather Jr. and Errol Spence Jr.

Floyd “Money” Mayweather Jr. is arguably the greatest boxer to ever step foot inside the squared circle. The Grand Rapids, Michigan-native’s impressive unbeaten professional record of 50 wins, 27 KOs, and no losses is a clear indication that he is indeed what his nickname states: The Best Ever.

Even though the defensive-minded accurate-punching Mayweather is retired, he is still one of the most lucrative pay-per-view attractions of all time, in any sport. So far, he has generated over 23 million PPV buys and over 1.6 billion in revenue.

Several years ago, on June 18, 2015, Mayweather spoke with Fight Hype about his sparring session with Errol Spence Jr. During the interview, he mentioned how Spence was instrumental on one occasion in helping him to sharpen up for an upcoming fight back then.

Errol “The Truth” Spence Jr.’s resume is also impressive. The Long Island, New York-native, now based in Texas, currently holds the IBF welterweight title. His professional unbeaten record includes 25 wins, 21 KOs, and no losses. Also, he is in the conversation as the best active boxer, pound-for-pound. On August 1, 2017, he was on The Breakfast Club, and DJ Envy asked him if Floyd Mayweather Jr. was the greatest boxer of all time.

On a clip published by EsNEWS via YouTube on February 19, 2019, Spence praised Floyd Mayweather Jr. on his boxing ability.

“He’s thinking and you can’t take any time off. He’s always in target to land a punch. Also, he’s always looking. You throwing at him, he’s always slipping. He’s still looking at you; he never turns away; he has cat-like reflexes. Also, he just puts everything together. I mean, dude’s perfect.” – Errol Spence Jr.

When asked, If he will ever fight Mayweather, which would be a huge fight. Spence responded, “Definitely”, but he doesn’t think Floyd will come out of retirement.

"Floyd Mayweather is a smart business man. He’s very calculated. I don’t think he would fight me… I don't think he would come out of retirement to fight somebody as young and that's in his prime and as skillful as myself." — @ErrolSpenceJr pic.twitter.com/XRemNx5UXE

We can only dream, fantasize, or imagine what would happen if Spence’s pressure-fighting style went up against Mayweather’s battle-tested defense, which has never been solved.

Not too long ago, we conducted a poll to find out who would win a Fantasy Dream Match between Floyd Mayweather Jr. and Errol Spence Jr.

Let us know who you feel would win in the comment section below.