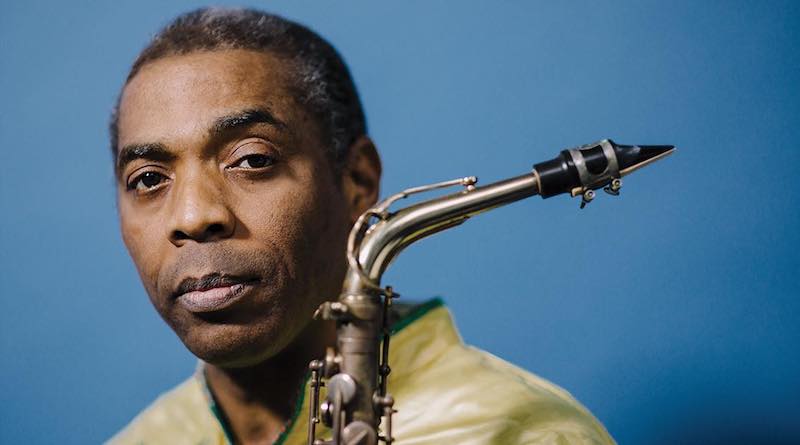 Femi Kuti (eldest son of Afrobeat pioneer Fela Kuti) is a London-born musician raised in Lagos, Nigeria. Not too long ago, his “Fight to Win” song played in the background during Anthony Joshua’s ring walk alongside Fela Kuti’s “Water No Get Enemy” single. Both iconic tunes played a significant role which inspired Joshua’s epic victory over Andy Ruiz Jr.

The legendary event, gorgeously entitled, “Clash on the Dunes”, happened on December 7, 2019, at the Diriyah Arena in Diriyah, Saudi Arabia to a sold-out crowd.

To the wonderment of many in attendance and the millions watching live via the DAZN app, Anthony Joshua’s stamina looked impressive. For one night, he moved around the ring with the gazelle-like footwork and somewhat ring IQ of legendary welterweight fighter Floyd Mayweather Jr.

During the post-fight press conference, an ESPN Africa journalist asked Joshua, “What inspired the ring walk that you did today?” In a nutshell, Joshua replied, “It was just to create the same (gym) environment so I’m comfortable with walking into the ring and it’s not new to me.”

“So when I went to Nigeria I met Femi Kuti, and more so than his music, the conversation that he gave me. He sat me down and he spoke to me about some of the good things in Nigeria, some of the issues in Nigeria. So when I went back I listened to some of his music and that song ‘Fight to Win’ really has deep meaning. And then his father, Fela, my dad always listen to him but, when we were sparing, I’m one of them guys that just put the song on repeat. It’s quite annoying for everyone else but I’m just a simple guy. So I was just repeating that song on loop. And what I wanted to do was create that same environment I had in training coming into the ring. So it was just stuff that I listened to while preparing.” – Anthony Joshua

‘Fight to Win’ is exactly what Anthony Joshua did against a gamed Andy Ruiz Jr.

For twelve rounds, Joshua followed his corner’s game plan and peppered Ruiz’s face with stiff jabs and occasionally mixed it up with right and left hooks. Also, he clinched whenever Ruiz got too close and traded blows sparingly.

“There is suffering in the streets. Our leaders say, ‘Let it be.’ We the people don’t agree. For this suffering, there is no need. But they’ll wait until there’s a revolution, revolution everywhere. Burning of property, more homeless people lying in the streets. So forget about you well. Don’t you just get up and help. ‘Fore every string repeats itself, fight to win.” – lyrics

Not too long ago, a robotic and stamina-drained Joshua was upset by Ruiz Jr. in their legendary first fight at Madison Square Garden on June 1, 2019.

We recommend adding Femi Kuti’s “Fight to Win” single to your personal playlist. Also, let us know how you feel about it in the comment section below.