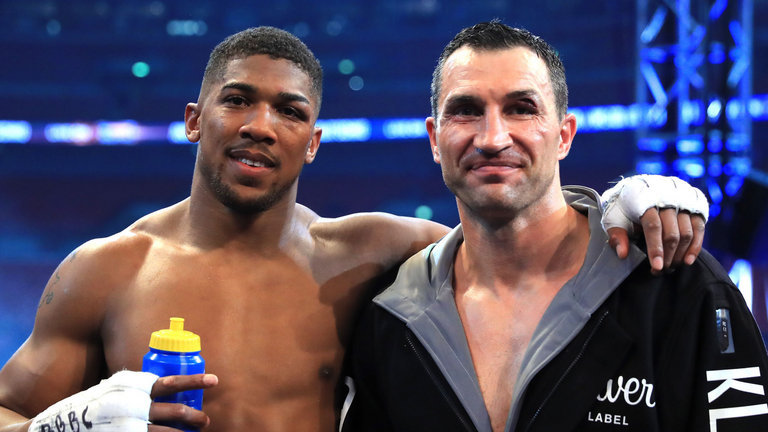 Anthony Joshua stops Wladimir Klitschko in the 11th round

Anthony Joshua is now the WBA and IBF world heavyweight boxing champion. Not too long ago, he stopped former-heavyweight champion Wladimir Klitschko in the eleventh round of their highly entertaining and definitive unification bout.

“I’m only going to be myself. The fight is already as big as it can be. There are belts on the line, there’s legacy on the line, there are 12 rounds of intense, ferocious boxing on the line. It comes with everything you want to see– boxing skills, power, timing. It’s just how long you can last and withstand each other’s abilities. I don’t hate Klitschko, I don’t dislike Klitschko, but I want to beat Klitschko. Someone is going to win and someone is going to continue with their career. And I’m very confident that’s me.” – Anthony Joshua

Joshua won the early rounds, sending Klitschko to the canvas in the fifth. Then, in the six-round, Klitschko landed a clean right, sending Joshua to the mat. Fatigue settled in, but Joshua managed to weather the storm, and eventually TKO-ed Klitschko in the eleventh round.