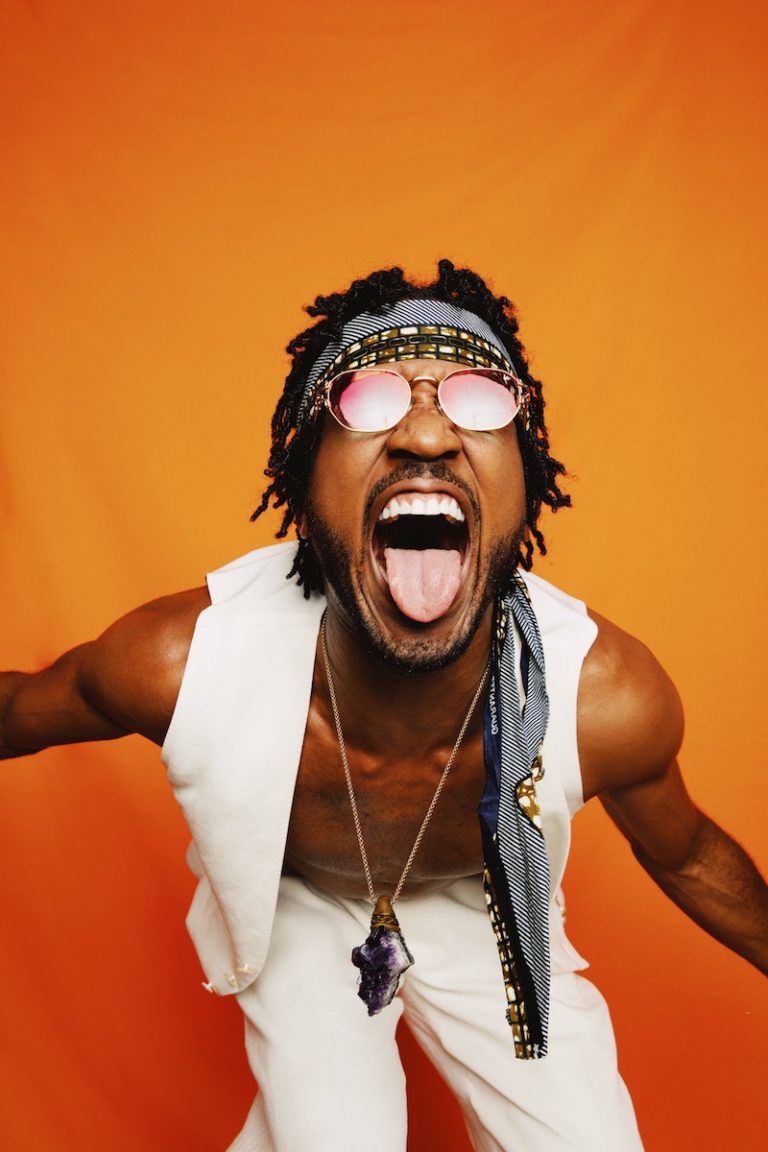 “Though I’m originally from Michigan, the community I uncovered on the West Coast has been a garden bed for my growth over the last 10 years. I’ve discovered deeper layers of my truth on the coastline where the ocean waves molded my being like the shore. One of the most beautiful things about this shoot was the moments captured with my family and friends. For the majority of us, it was the first time we connected face to face since the pandemic hit. ‘Tie Dye’ was our homecoming.” – EvrYwhr explained

With community, connection, and family a priority for EvrYwhr, the making of the “Tie Dye” video was an especially significant experience. Fittingly, sunflowers feature throughout the video to represent a period of blossoming.

Filmed against the stunning backdrop of Los Angeles, the video serves as a love letter to the city and community that welcomed EvrYwhr with open arms as a transplant. Viewers watch as he ventures through a warm and inviting LA streetscape, enjoying good times with friends and family – from backyard BBQs to picturesque scenes on the beach.

“In every song I write, I try to keep it real, keep it positive, keep it light. I’ve loved the Motown sound my entire life and continue to draw on my roots, even as I work on new songs and ideas.” – EvrYwhr explained

‘Tie Dye’ contains a relatable narrative, ear-pleasing vocals, and richly textured melodies. The likable tune possesses airy flute-laden instrumentation flavored with urban and contemporary R&B elements. Furthermore, “Tie Dye” encourages listeners to just be free and flowing like the colors of the tie-dye pattern. Also, the song is a tasty appetizer to what listeners can expect to hear on EvrYwhr’s upcoming debut album, set to be released in the summer of 2022 via Saint & Citizen Music.

EvrYwhr’s love and obsession for all things music began at the age of five while sitting next to his dad on the family sofa listening to old Stax and Motown records. Also, he engulfed himself in the sounds of Curtis Mayfield, Michael Jackson, and New Edition. By the age of nine, EvrYwhr began singing, and at the age of 14, he wrote his first song.

In 2010, he made a bold move to Los Angeles and networked his way into collaborating with Leona Lewis, Mila J, and Aaron Carter. It wasn’t long before he co-wrote two songs entitled “Confessions” and “Violence” for gospel rapper Lecrae’s 2013 Grammy-winning album, “Gravity.”