Emilia Vaughn is an up-and-coming singer-songwriter from San Diego, California. Not too long ago, she released a LIVE performance video for her “French Film” single.

“I’ve decided not to fall again, it’s a disgusting habit he said. So, take back your books and the letters that you once sent, hidden under my bed. Sometimes, I read them, and I miss you. But who knows if those words were true? Or one of the ‘phases’ she said you would always go through. Everyone says that they hate you, and want me to replace you. I can’t ‘cause everything I touch it cuts me, blood drippin’ slowly.” – lyrics

‘French Film’ tells a heartfelt tale about a young woman who wakes up early in the morning thinking about a close friend. Apparently, this individual will be going away to school soon and she’s wondering if they will still remain friends. “Think it was a Wednesday, said ‘I loved’ you in my driveway,” she admits with deep sorrow. Later, she reveals, “Guess we won’t finish that movie, can’t watch those French films on TV. I hated the ending ‘cause I’m still pretending that I’m defending all your lies. But you’re going to school in July, could’ve at least said good…”

“Who are you to run away when I was screaming stay.”

“‘French Film’ is the story of a close friend of mine who lost so much love in her life—not only from boys who treated her poorly—but also the loss of family and friends. The emotional ballad is almost a cry for help from the girls who experience relatable heartbreak and loss. I wanted people to have something to connect with when they are going through painful moments in their lives, and I hope this song does just that.” – Emilia Vaughn explained

Emilia is driven to reduce the stigma associated with mental health by creating a community of confident, loving, and open-minded individuals. 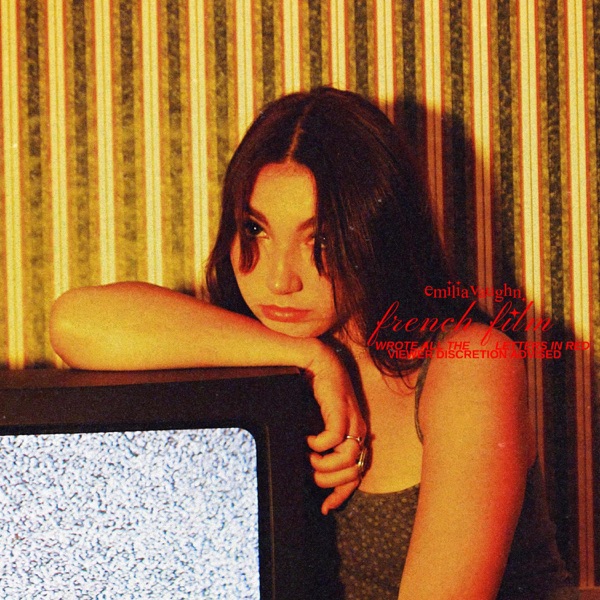 We recommend adding Emilia Vaughn’s “French Film” single to your favorite indie-pop playlist. Also, let us know how you feel in the comment section below. Mel Blanc’s famous catchphrase, That’s All Folks! Thanks for reading another great article on Bong Mines Entertainment – the hot spot for new music and entertainment news. Always remember that (P) Positive, (E) Energy, (A) Always, (C) Creates, (E) Elevation (P.E.A.C.E). Contact us on social media via Twitter, YouTube, Instagram, or Facebook, and let us know what’s going on. Disclaimer: This post contains affiliate links. If you make a purchase after clicking a link, we’ll collect a share of sales or other compensation.