Elise Hayes is a singer-songwriter based in Nashville, Tennessee. Not too long ago, she released an enticing love ballad, entitled, “I Believe In Magic.” The song is one of Hayes’s most heartfelt releases yet. The single is geared toward listeners who are skeptical about romance but melted down by the power of connection.

“I like to say that ‘I Believe In Magic’ is a love song for the skeptical. In one form or another, most of us are completely taken by surprise at love. No matter how logical or grounded you may be, it’s hard to deny that it just may be our most tangible form of magic. It changes us.” – Elise Hayes explained

‘I Believe In Magic’ contains a dreamy love-based narrative, ear-pleasing vocals, and meaningful subject matter that will resonate well with fans of Julia Michaels, Sara Bareilles, and Rachel Platten. The emotional tune possesses piano-laden instrumentation flavored with a magical pop vibration. Also, “I Believe In Magic” serves as a tasty appetizer to what listeners can expect to hear on Elise Hayes’s upcoming self-produced EP, entitled, “Human Heart,” scheduled to be released in May of 2022.

“My journey in the music industry has been quite eclectic. I’ve accomplished many things that I’m incredibly proud of, and a lot of that has to do with the many hats I’ve been able to wear. Whether it’s been producing, touring, or recording, I’ve really diversified myself as a musician which reaches back to my artistry in a really beautiful way. I feel more empowered as an artist because of the skills I’ve picked up along the way.” – Elise Hayes explained

No stranger to the stage, Elise Hayes has been performing since the age of 12. She attended the esteemed Berklee College of Music, and soon after graduating, relocated to Nashville to pursue a career as an artist and a songwriter. Since then, she has garnered critical acclaim, airplay on SiriusXM, major Spotify playlist placements, and featured on national television with her previous singles: Giving Up, Float, and Breathe.

Hayes has many songs featured on TV shows such as ABC’s Grey’s Anatomy, The CW’s Charmed, and MTV’s Siesta Key. Also, she has written songs for other prominent artists like Lucie Silvas and Jill Andrews. And she has toured the country as a professional keyboard player and background singer (Carly Pearce).

“I Believe In Magic” single 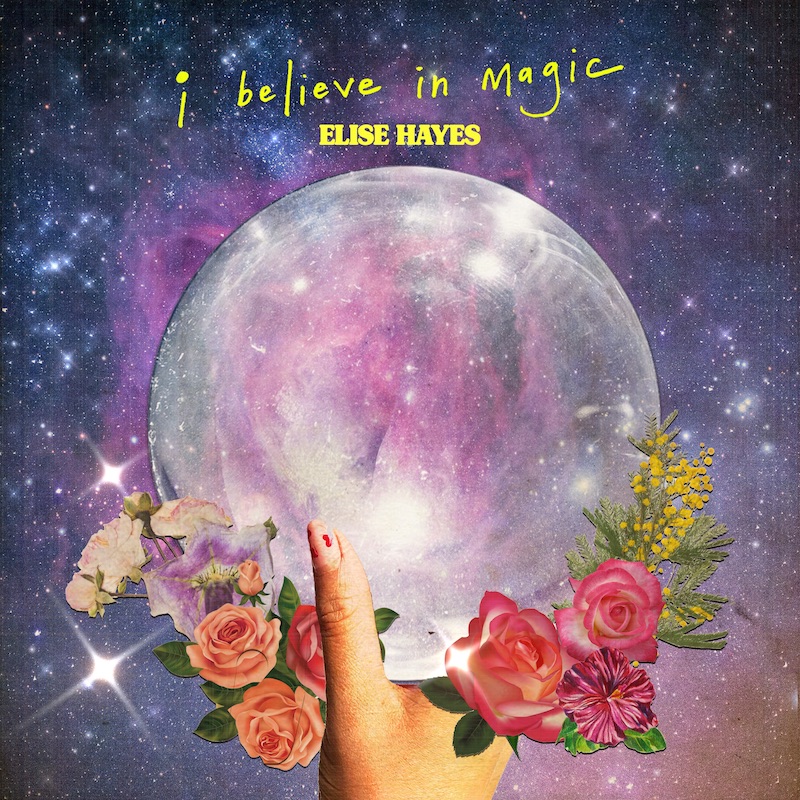 We recommend adding Elise Hayes’s “I Believe In Magic” single to your favorite contemporary pop playlist. Also, let us know how you feel about it in the comment section below. Mel Blanc’s famous catchphrase, “That’s All Folks!” Thanks for reading another great article on Bong Mines Entertainment – the hot spot for new music. Furthermore, always remember that (P) Positive, (E) Energy, (A) Always, (C) Creates, (E) Elevation (P.E.A.C.E).