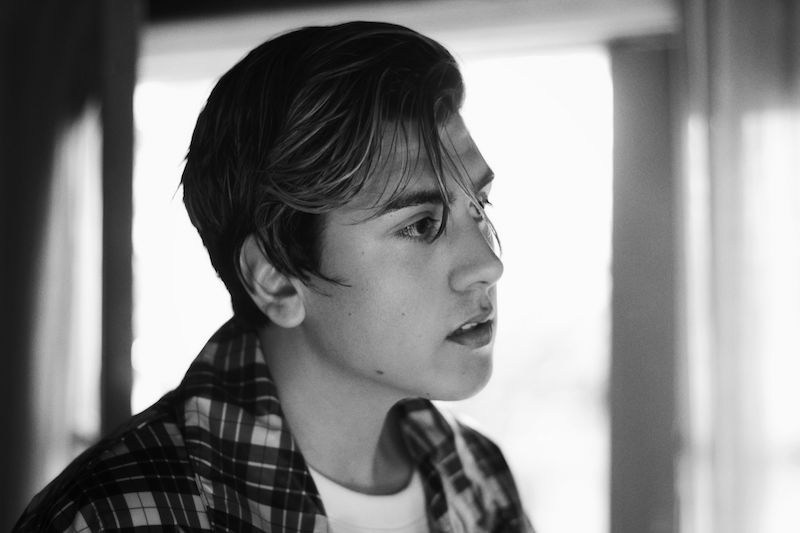 DAYVID is a 21-year-old singer-songwriter based in Los Angeles, California. Not too long ago, he released an emo-pop tune, entitled, “VHS”, featuring rapper Prophet.

“‘VHS’ is about trying to get over a tumultuous relationship, where both good and bad memories are on a constant loop in my mind. Feelings so strong, that everyday places, people, and moments are all triggers that send me back to the beginning and force me into re-experiencing the emotional anguish over and over again.” – DAYVID

‘VHS’ tells a bittersweet tale of a young guy who wishes he could forget the bad memories that he experienced with his ex-girlfriend.

Apparently, they were madly in love with each other. Then, things took a turn for the worse when they started cheating on each other for revenge. Consequently, their relationship slowly deteriorated, ending on a bad note.

Now, the guy wishes for a sequel to him and his ex’s movie, but his wishful thinking only triggers images he would rather not see.

“I set up an impromptu writing session with Ameerah and Morgan Taylor Reid, where I shared a concept with them called ‘VHS’, which I had been toying with for some time. They loved the idea and found it to be so relatable to them, so really the song ended up writing itself in a matter of hours. Ameerah and Morgan brought up an idea of having rapper Prophet featured on the song. I thought it could be cool, but couldn’t fully imagine it. Reid reached out to Prophet and shortly after he sent back a verse. I couldn’t believe my ears, this was the ‘missing piece’. Now I’m in a place where I feel that the whole body of work is complete and I couldn’t be more proud and excited to share it with the world.” – DAYVID

We recommend adding DAYVID’s “VHS” single to your personal playlist. Also, let us know how you feel about it in the comment section below.