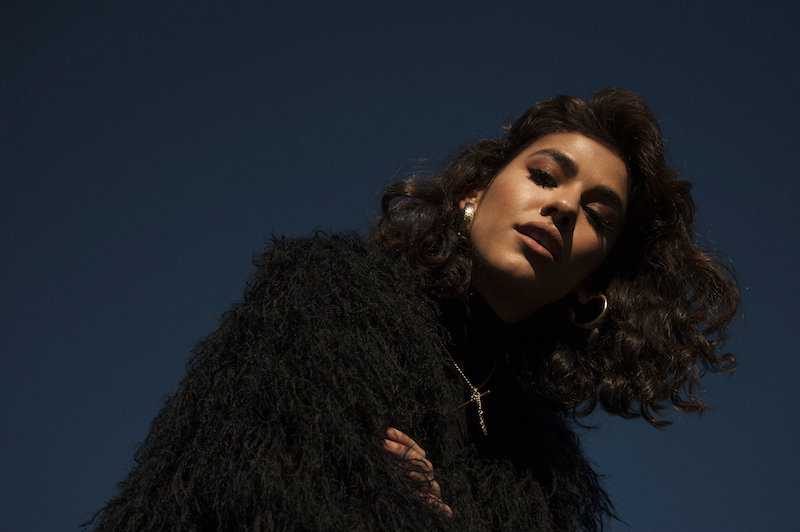 Charlotte OC releases a music video for her “Satellite” single

Charlotte OC (Charlotte Mary O’Connor) is a singer-songwriter from Blackburn, England. Not too long ago, she released a music video for “Satellite”, a lovely pop tune from her upcoming EP.

“The whole idea behind the video is about meeting somebody and thinking they’re incredible and you see an ‘out of this world’ quality in them. That standard stuff you feel when you let your head run away. But sometimes they’re just not quite what you thought they were and it turns out they’re just pretty ordinary.” – Charlotte OC

‘Satellite’ tells an interesting tale of a young woman and an obscure young fella. The guy in question is unsure about binding himself inside a committed relationship with the woman. Therefore, he hides behind an imaginary wall, and now his actions aren’t necessarily matching the words that are flowing out of his mouth.

With no concrete decision, it’s difficult for the woman to comprehend what the guy wants to do next. Also, she’s ready to call it quits because he’s overthinking things too much instead of trusting his heart. Eventually, he complicates what could have been a very simple situation. In the end, while they sit inside his vehicle, she reveals, “If it’s not right for you, I won’t fight with you.”

“I really didn’t want the video to be soppy and I wanted to portray my personality as much as possible. I feel like this is the first video I’ve done where I’m showing my fans who I am and what my humor is like. Which overall is silly and a bit weird.” – Charlotte OC

Charlotte OC has gained widespread acclaim with singles such as “Almost Mine” and “Symphony”, which have amassed over 8M and 4M Spotify streams respectively. Also, “Satellite” follows Charlotte’s recent collaboration with Jonas Blue on “Supernova”, a single from his platinum-selling debut album, entitled, “Blue”.

We recommend adding Charlotte OC’s “Satellite” single to your personal playlist. Also, let us know how you feel about it in the comment section below.