‘Bob Marley and The Wailers: The Capitol Session ’73’ film will stream exclusively on The Coda Collection on September 3, 2021

On September 3, 2021, ‘Bob Marley and The Wailers: The Capitol Session ’73’ will debut for streaming exclusively on The Coda Collection. The new film will feature a never-before-seen studio session with 12 performances by the legendary band. It was filmed and recorded live at Capitol Studios in Hollywood, California. Also, on the same date, Tuff Gong/Mercury Studios will release ‘The Capitol Session ’73 (Live)’ album in CD/DVD, CD, 2LP colored vinyl and digital audio formats.

Bob Marley and the Wailers – ‘The Capitol Session ’73’ (Trailer)

“What makes the ‘Capitol Session ’73’ stand out is that Bob Marley and the Wailers can really relax. They’ve got a great sound. They’ve got the equipment that they know if anything goes wrong, it’s fine. It’s going to be fixed. They’ve got a really lovely, appreciative, little audience. All the ingredients for just a great afternoon doing what they loved. And it shows. I mean, it isn’t like anything else.” – Director Martin Disney stated

Following a pair of successful concerts in San Francisco, Bob Marley and the Wailers headed to LA for a closed-door session at Capitol Studios. The session was recorded by producer, Denny Cordell, on October 24, 1973. Cordell had previously released Bob Marley and the Wailers’ first U.S. single on his and Leon Russell’s Shelter Records in 1971. Also, he was instrumental in the group’s signing to Island Records.

The intimate studio performance features the Wailers lineup of Peter Tosh, Joe Higgs, Aston Barrett, Carlton Barrett, and Earl “Wya” Lindo. The performance showcases the reggae pioneers on the brink of global stardom. The Capitol session followed the band’s 1973 release of two acclaimed albums (Catch a Fire, Burnin) on Island within six months. Also, it followed their successful tours in the U.S. and the UK.

The performance was shot on four cameras and originally mixed live. But it has been restored and remastered for the new releases. Long-missing, the footage from the session was recovered in a 20-year search of archives and storage units across the globe. ‘Bob Marley and The Wailers: The Capitol Session ’73’ was directed by Martin Disney and produced by Denny Cordell’s son, Barney Cordell.

Bob Marley and the Wailers – “Slave Driver (The Capitol Session ’73)”

“From seeing a lot and playing (as in football and sandcastles!) a lot with Bob Marley and the Wailers as an eight-year-old boy at Dad’s house in Malibu — not knowing who (or caring who!) these exotic guys with cool hats were — to eventually, 30 years later, discovering why they were there and finding and bringing this incredible footage to the world has been an extraordinary, challenging and ultimately unbelievably fulfilling journey. When I started working in A&R at Island my father always said to me, ‘film and photograph EVERYTHING.’ I know it’s different now, but I guess he had the right idea!” – Producer Barney Cordell stated

Bob Marley and the Wailers 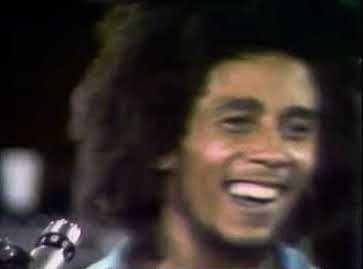 The Coda Collection offers hundreds of hours of exclusive concert and documentary content. They have content from artists ranging from such legendary icons as Jimi Hendrix, The Rolling Stones, AC/DC, and Pearl Jam to contemporary premieres of new material by such diverse artists as The Cure, Evanescence, Billy Strings, Jane’s Addiction, The Black Crowes, the critically acclaimed Dave Grohl-directed documentary ‘What Drives Us.’ Also, Nigel Godrich’s seminal “From The Basement” performance series featuring such artists as the White Stripes, Red Hot Chili Peppers, Radiohead, and others.

Bob Marley and the Wailers – ‘The Capitol Session ’73 (Live)’ album

We recommend adding songs from Bob Marley and The Wailers’ “The Capitol Session ’73 (Live)” album to your favorite reggae playlist. Also, let us know how you feel in the comment section below. Mel Blanc’s famous catchphrase, “That’s All Folks!” Thanks for reading another great article on Bong Mines Entertainment – the hot spot for new music and song reviews. Furthermore, always remember that (P) Positive, (E) Energy, (A) Always, (C) Creates, (E) Elevation (P.E.A.C.E).