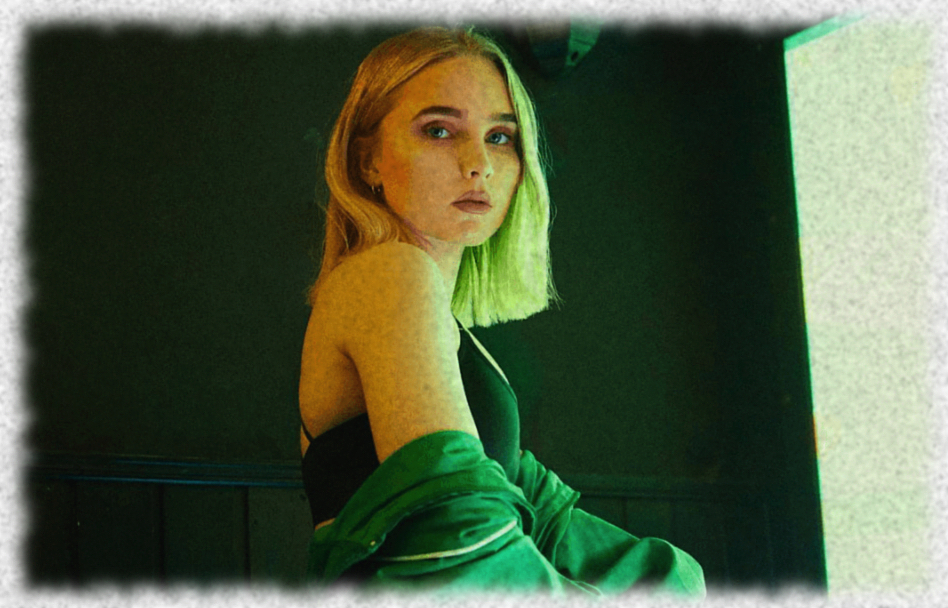 Becky and the Birds (Thea Gustafsson) is a talented R&B/Soul singer-producer out of Örebro, Sweden. Not too long ago, she released her wonderful self-titled debut EP.

But creating the 7-track project had obstacles. The 21-year-old vocalist experienced dark emotions and even battled depression.

“I felt like I really needed someone to project these emotions onto—like Sasha Fierce! Because otherwise it was all on me—Thea Gustafsson, and it became really heavy. As soon as I decided to change my name [to Becky and the Birds] it just felt so good.”

Ultimately, she overcame her frustrations and obstacles and stitched together her EP. She perfumed it with her unique genre-spanning blend of lush sounds.

“I start with a sound, and then a melody. Melodies are the most important thing, actually. I always do the lyrics last—arranging all the harmonies, melodies. I think that comes from my violin-playing. I love putting everything together in an arrangement.”

Becky’s desire to have everything in an arrangement can be attributed to her time spent at the prestigious Musikmakarna Songwriters Academy of Sweden, the place that kickstarted the careers of LÉON and Skott.

Even though Becky didn’t fit into the school’s pop agenda, she learned a lot there. Later, she interned at an EDM/House label but didn’t fit in there either.

Not knowing where to turn, she went through a dark period. But there was light at the end of the tunnel, and she walked towards it. Once in the sunlight, she created her self-titled album. 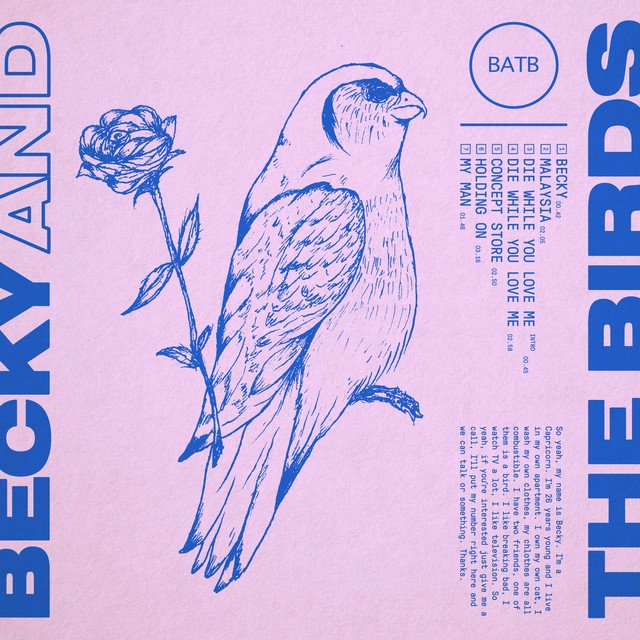 “I want people to feel it. I want it to be about the art. And to build a whole world around it, with visuals—art using all of the senses. I don’t want it to be so much about me, or what I look like.”

The EP begins with a voice recording of a person named Becky, a 26-year-old Capricorn. The individual has a muffled, male-sounding voice, lives alone in an apartment, and has two friends, one a bird.

Becky, the singer, sings a beautiful song over a dreamy electronic composition perfumed with soul and passion.

The singer yearns to go to Malaysia. To see the birds in the sky and feed the ones on the ground. Also, she visions herself sitting, watching them fly.

The song highlights the meaning behind Gustafsson’s stage name. Apparently, she has a deep connection with birds.

DIE WHILE YOU LOVE ME INTRO

The intro begins with a poem by Georgia Douglas Johnson, entitled, “I Want to Die While You Love Me”, recited by Maya Angelou.

DIE WHILE YOU LOVE ME

Becky, inspired by the legendary poem, takes the tempo up a couple of notches. Also, she packages the song with dreamy vocals and crisp production.

The song incorporates jazzy pianos with bass and elements of hip-hop. Also, Becky’s lush vocals soar through the track alongside samples she plucked straight out of nature.

“Concept Store is about when you find yourself obsessing over what the person you love is thinking. I guess you could say that it’s about some kind of paranoia, you’re stuck with the thought and the feeling that he or she is about to leave, and soon you’ll start over-analyzing shit.” – Becky

The song is one of Becky’s acclaimed singles. It features lush electronics, a splash of trip-hop, and elements of ‘90s R&B music.

Becky and the Birds “ Holding On”

“The video showcases my ability and desire to do things independently. By that, I mean with creative control influenced by people I want to be surrounded by. Also, it isn’t about me or my looks, since I don’t want that to be the focus of Becky and the Birds. Instead, it’s about holding on to something that’s meaningful to you, and what that is…is up to the viewer’s discretion. I want it to be about the music and the world in and around it.” – Becky

Becky ends the 7-track EP on a smooth note. She wants us to know that her man is holding her strong, mentality and physically.

Becky and the Birds’ self-titled EP is short and sweet. Also, it leaves a lasting impression, prompting listeners to want to hear more. We recommend adding it to your personal playlist.

“Becky and the Birds”