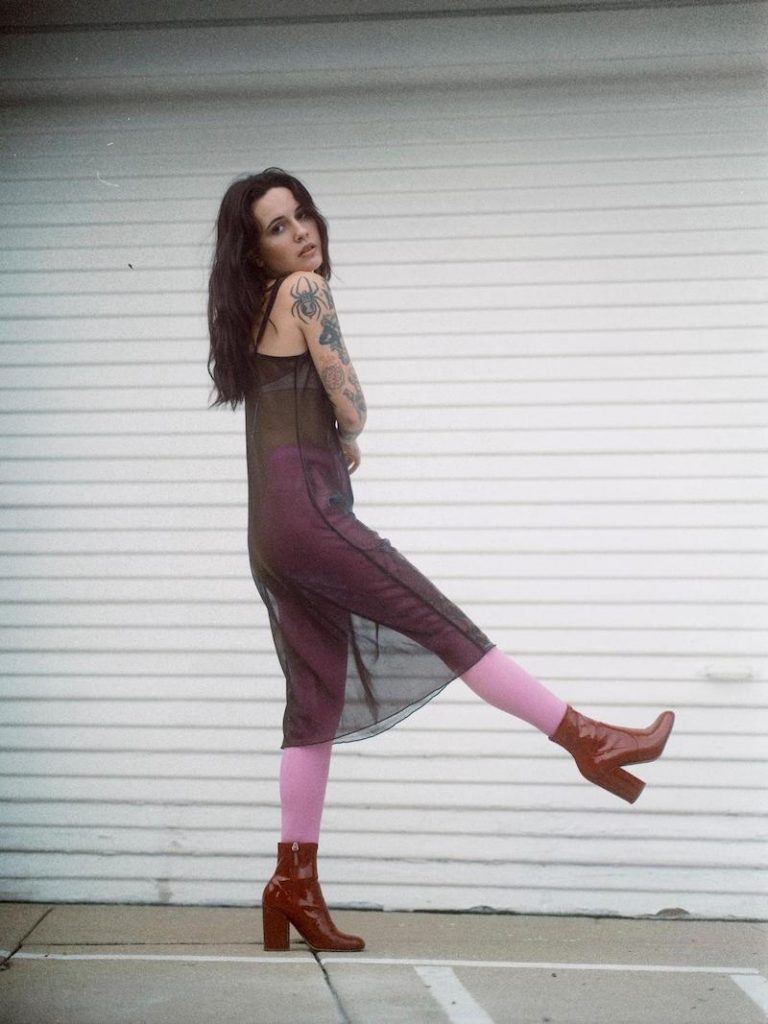 Bea Miller is an LA-based, 23-year-old independent artist from Maplewood, New Jersey. Not too long ago, she released an appealing music video for her edgy alternative rock single, titled, “lonely b*tch,” via her own independent label, gauche records, in partnership with ADA Worldwide.

Teaming up with close creative partner, Gina Manning/GIZELLA (Robert Pattinson, Teen Vogue, Entertainment Weekly, Bose, GQ), Miller expands on that message with a stunning visual to match. Playing with the theme of dissociation and inspiration pulled from the Renaissance period filtered through a grunge/glam lens, Manning brings the song to life in a music video that perfectly captures Miller’s growth as an artist, confidence, and bold new direction.

‘lonely b*tch’ was co-written with Cara Salimando (Allie X, bülow, Dua Lipa, Hey Violet) and produced by Colin Brittain (Papa Roach, Dashboard Confessional, 5 Seconds of Summer). The deliciously angsty tune possesses electric guitar and thudding drum-laden instrumentation flavored with a late ‘90s/early 2000s alternative rock feel that climbed its way to the top of the charts and into pop culture consciousness.  Furthermore, “lonely b*tch” symbolizes Miller ripping off the Band-Aid and wading into deeper emotional waters than she had before.

“I thought I loved someone, but it turned out I am a lonely b*tch after all.” 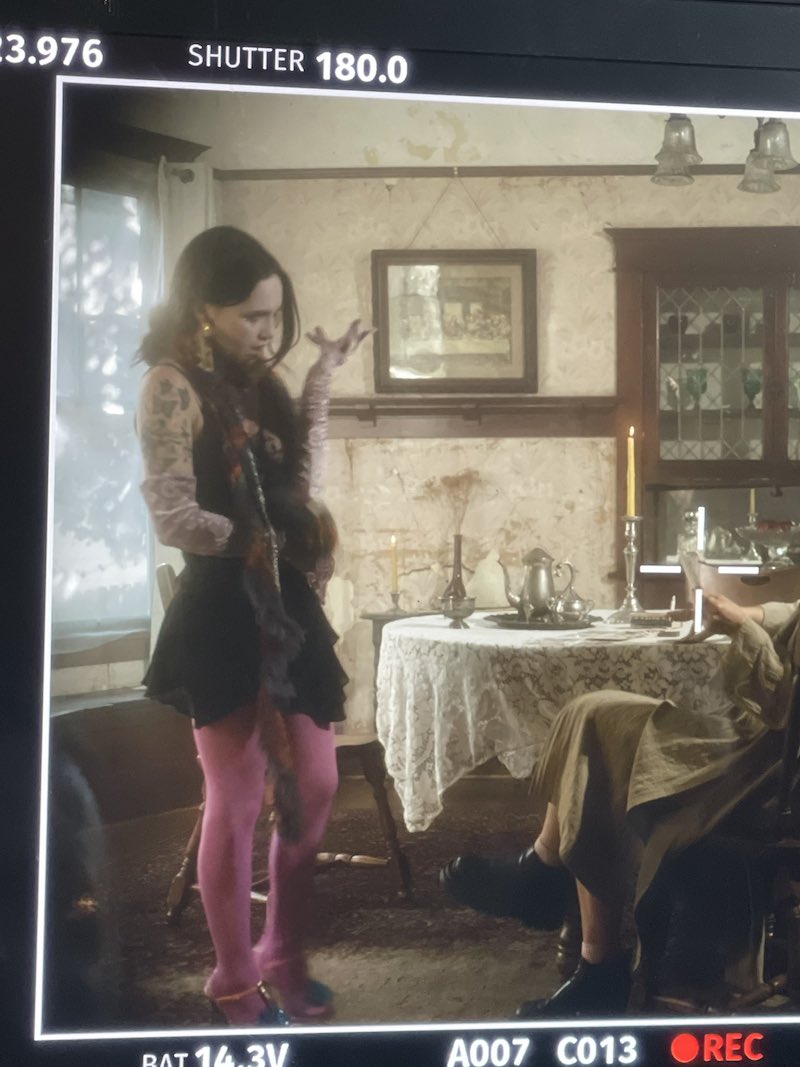 “It’s really important that when my fans hear my music, and if they relate to it, that they’re actually relating to me as a person and not a persona.” – Bea Miller stated

Bea Miller crafts brutally honest pop-rock songs that pack the raw punch of a live rock show. Her first new music since her 2020 EP, elated!, “lonely b*tch” is the song she has been striving to make for a decade. Fueled by an epiphany, Miller sings, “I hate that I don’t hate when you’re around ‘cause I’m a lonely b*tch. You made me glitch, so what am I now?” The infectious single is the culmination of a composed rebellion, a brave coming-of-age, from starting her career at age 13 to fight to find her voice: “lonely b*tch” is long-awaited yet right on time. 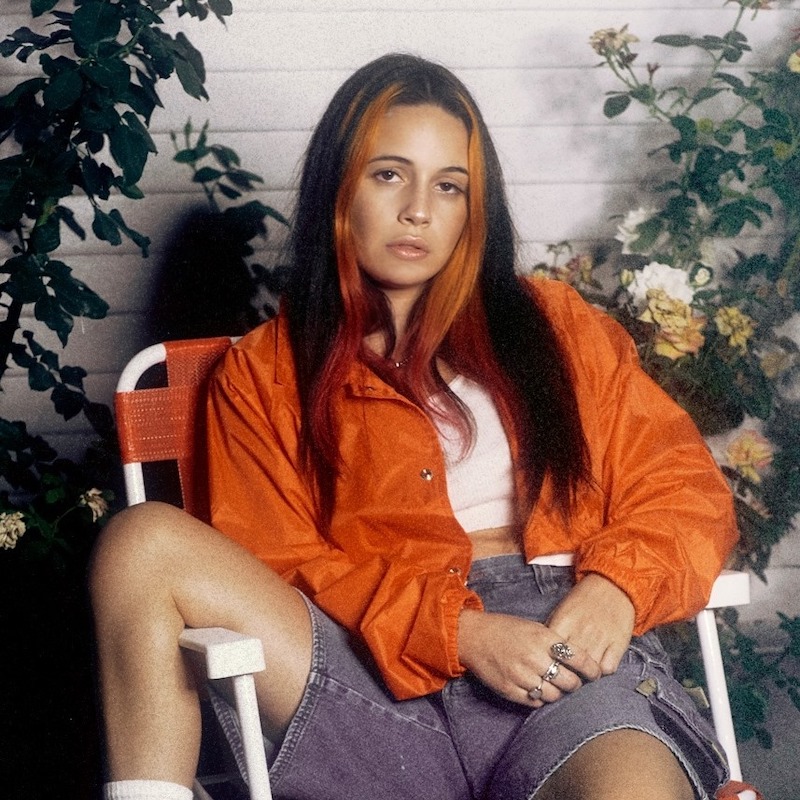 For Bea Miller, coming into her own couldn’t be rushed. In early 2022, she left her label to rediscover the reason why she fell in love with music. Growing up, Miller was constantly surrounded by the sounds of different artists. Her mother had worked as a vinyl DJ in the 1980s and ‘90s, owning thousands of records. By the time Miller was born, her mom couldn’t wait to pass it on.

“If I asked her questions about certain musicians, she usually had an answer for me,” Miller says. “I still have tapes that my mom made for me between being born and maybe three years old. We would go on road trips, and she would make these tapes for me that alternated between the ABCs and Alanis Morissette.”

This early exposure allowed Miller to develop her tastes earlier than most, emboldened by the likes of Demi Lovato and Miley Cyrus but officially cemented by attending a Paramore concert at 12 years old. “We didn’t really have a lot of money for concert tickets,” Miller recalls, “but I went to see Paramore, and watching Hayley Williams, it felt transcendent. I was just like, I wanna be able to do this. I wanna be able to connect with people the way that they do.” 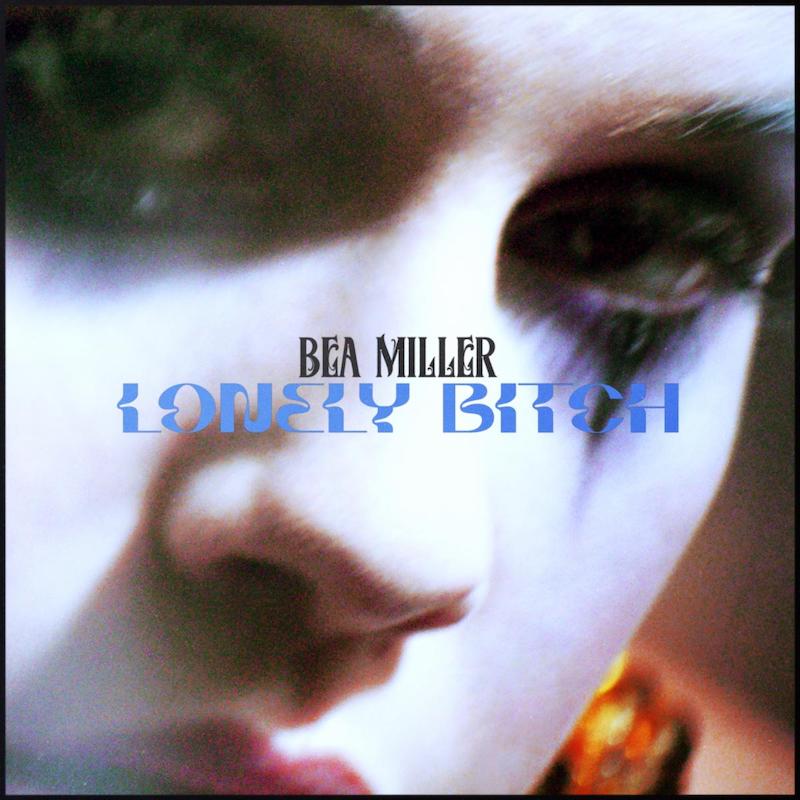 “That’s part of the growth—not being ashamed of confronting my emotions and accepting that I can’t possibly be the only one who does, and maybe it would actually be helpful for other people to hear,” – Bea Miller stated

Bea Miller has kept that motivation top of mind since connecting with producer Colin Brittain and co-writer Cara Salimando. The day they made “lonely b*tch” in April 2022, Miller listened to the rough demo all the way home, and once there, she wrote in her journal, I think this one is gonna change my life. She had already been changed by the relationship that inspired it, which taught her that “it’s OK to experience emotions and show them outwardly, to write about them.”

Now, it was about paying that lesson forward to the fans who have grown up alongside her for the past 10 years, and hopefully, welcoming new listeners into her purest era of music yet. “I get to lyrically make whatever I want and sonically make whatever I want. I can be the person that I am and the artist that I always saw myself becoming, and I feel excited again,” Miller says. “Honestly, it’s not even that I’m hoping my fans can see that — they will.”

With “lonely b*tch,” Miller proves that sitting in your emotions long enough to truly understand them is worth the wait.

We recommend adding Bea Miller’s “lonely bitch” single to your favorite alternative-rock playlist. Also, let us know how you feel in the comment section below. Mel Blanc’s famous catchphrase, That’s All Folks! Thanks for reading another great article on Bong Mines Entertainment – the hot spot for new music and entertainment news. Always remember that (P) Positive, (E) Energy, (A) Always, (C) Creates, (E) Elevation (P.E.A.C.E). Contact us on social media via Twitter, YouTube, Instagram, or Facebook, and let us know what’s going on. Disclaimer: This post contains Apple Music affiliate links. If you make a purchase after clicking a link, we’ll collect a share of sales or other compensation.