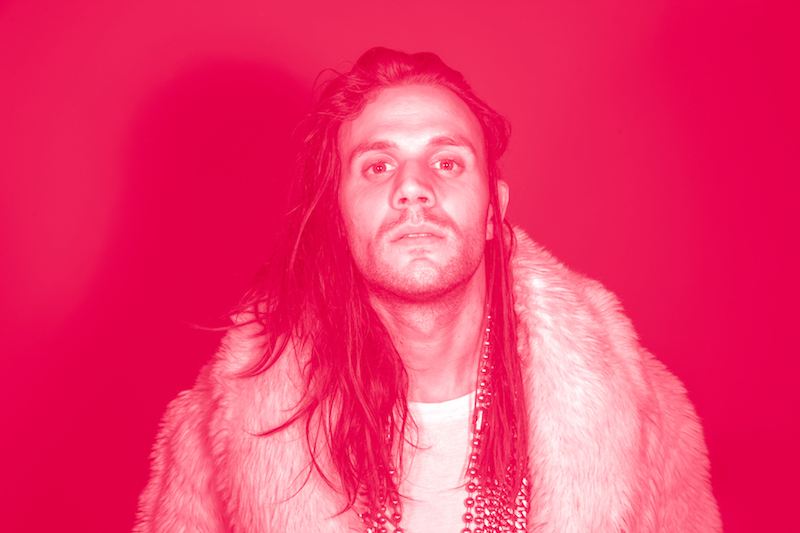 Young & Sick is a Dutch multi-threat artist based in New York City and Los Angeles. Not too long ago, he released a groovy alternative EP, entitled, “Size of Relief“, via Neon Gold Records and B3SCI Records.

‘It’s a Storm’ landed at the #17 spot on Spotify’s New Music Friday playlist and “Ohh My Ghosts” received editorial love.

Young & Sick (Nick van Hofwegen) was born in southern Holland. He attempted the traditional route of art through design school, but its cookie-cutter leanings led him to drop out in his first year.

At the age of 20, he quit his 9-to-5 job at a car parts factory in rural Holland and moved to London. Shortly afterward, by a crux of fate, comedian Andy Dick came across a piece of his art.

Nick’s friend Mark had introduced them about a week prior. Suddenly, Nick had his first client.

In 2011, Mark’s own band—a then little-known outfit by the name of Foster the People—asked Nick to do the artwork for their debut album, entitled, “Torches”.

Since then, Nick has gone on to design for others including covers for Maroon 5‘s “Overexposed” and Mikky Ekko‘s “Kids” singles, as well as designing his own single/album artwork.

Not too long ago, he returned to the live stage in 2018 with a pair of L.A. & NYC shows and debuted his first-ever fine art gallery show.

He has continued to hit the road in 2019 with a sold-out North America tour with The Knocks. Also, he will play a pair of headline Los Angeles & NYC shows in support of the new EP.

We recommend adding Young & Sick’s “Size of Relief” EP to your personal playlist. Also, let us know how you feel about it in the comment section below.