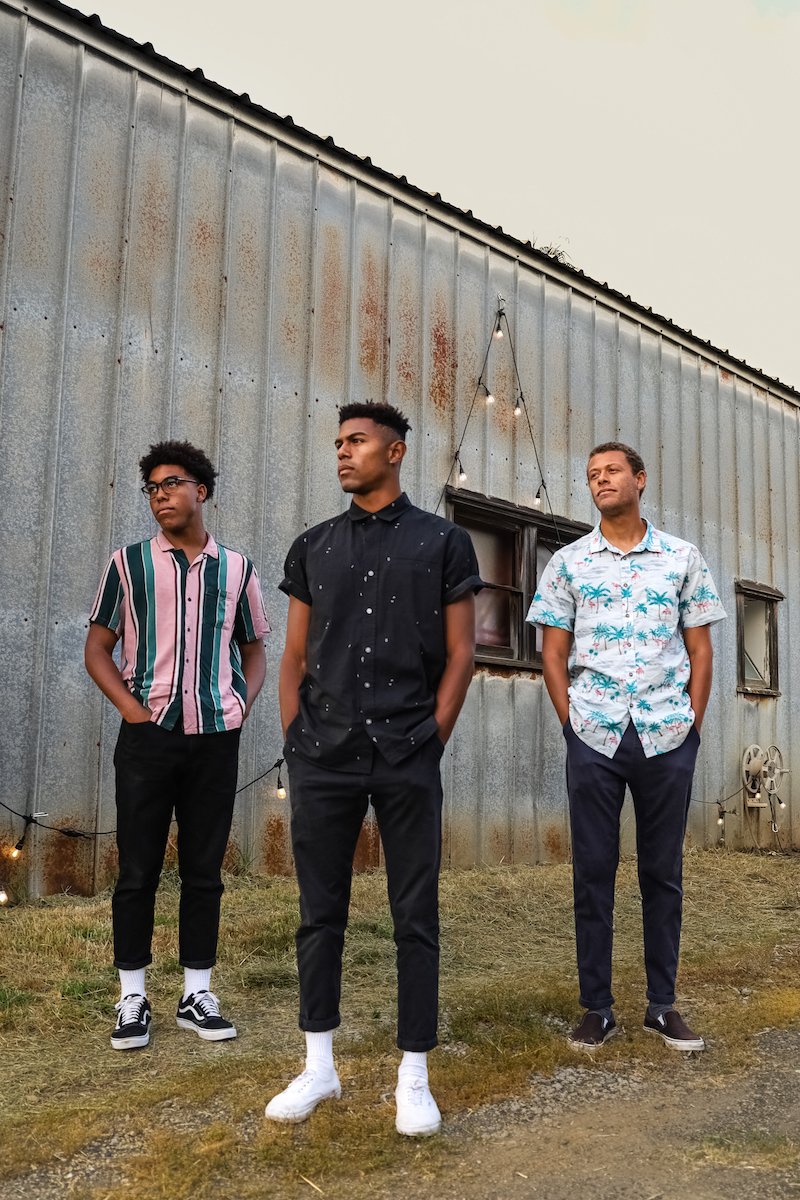 We the Commas is a three-piece brotherly band based in San Diego, California. Not too long ago, they released a music video for their “Custom Made” single, produced by Chris Rosa.

We the Commas – “Custom Made” music video

“The idea for ‘Custom Made’ came completely spontaneously and it was one of those songs that practically birthed itself. This track is a deeper dive into our sound and really gives a feel for who ‘We the Commas’ are.” – We the Commas

‘Custom Made’ is a simple love song inspired by classics like Santo & Johnny, Stevie Wonder, The Ink Spots, and Nat King Cole.  The track evolves into a visual piece about finding the ensemble that makes you feel the most confident. Motivated by the iconic stylings of George Michael, Grease, and Run DMC, the video features the band shifting between ‘custom made’ outfits that provoke exaggerated personas. Eventually, the brothers come to realize that they are most comfortable in the San Diego threads that have become an integral part of their identity.

The music video, directed by Chris Rosa and Josh Sikkema, perfectly complements the lyrical sincerity of the song. Also, the video draws a parallel between finding the perfect outfit and finding the perfect romantic partner. In so many ways, both have the uncanny ability to make you feel like the best version of yourself.

“It’s different because we are bringing in elements from ‘50s pop, R&B, and classic jazz, which is a combination we don’t see much in today’s mainstream music. We’re inspired by so many different genres and our songs bring together those elements to create something that best represents us and our experiences. Our mom and dad have a great moral compass. We hope to spread our message simply by how we treat people and how we live our lives.” – Lenny stated

‘Custom Made’ is a song about finding a love that is perfectly tailored to you. Furthermore, “Custom Made” follows hot on the heels of We the Commas’ debut single, entitled, “Sherry”.

“Both of these songs set the scene for a healthy relationship. We want to show people that no matter what relationship you’re in, you always need to treat people with respect. It’s only when you do that you have the fairytale experience depicted in both of these songs.” – Lenny

“I never want to leave this bed, I’d rather lay with you instead.”

“This first project is really vulnerable and we’re really excited to share our story with everyone and have them connect to our experiences.” – Cam

We the Commas comprises of Cam (17), Jordy (19), and Lenny Comma (23). Their journey began early in their family living room void of cable, singing Motown classics like Stevie Wonder and The Jackson 5 on an old school boombox, and later playing games like Rock Band. Music lessons soon followed and toys turned into real instruments, eventually leading to the formation of We the Commas.

Their openness stems from the band’s brotherly bond, which in turn strengthens the music. It’s natural for siblings to bicker and not get along often. But the trio quickly realized they needed to rely on each other as peers in order to be successful.

“We’ll sit in-studio sessions and we’re in awe of each other’s work. It’s insane to see how connected we are. We can be separated for a week, but when we get back into the studio we take notes of what’s been going on in our lives and what we experienced. This cohesive story just comes together.” – Jordy

“[Being Black] influences our music, because it tells our experiences. Especially where we live, there are not a ton of people who look like us, so we’ve learned to be the most authentic version of ourselves. We’re trying to do something different that people haven’t seen before. The overarching goal is to let people know that no matter what, don’t let fear or social norms restrict you from doing the things you love.” – Lenny

‘Custom Made’ contains a dreamy narrative, soothing harmonies, and nostalgic R&B melodies. Also, the summer-friendly tune possesses jazzy instrumentation scented with a warm indie-pop aroma. Furthermore, the song serves as a reminder that We the Commas can deliver a timeless sound that has the ability to touch generations.

We recommend adding We the Commas’ “Custom Made” single to your personal playlist. Also, let us know how you feel in the comment section below.