Juice WRLD was an influential rapper from Chicago, Illinois. Not too long ago, his manager, Lil Bibby, and video director, Steve Cannon, partnered exclusively with Vevo for the latest installment of Vevo Footnotes to reveal new insight behind making the posthumous video tribute for Juice WRLD’s  “Already Dead” single, featured on the late rapper’s “Goodbye & Good Riddance” album.

“I instinctively wanted Juice to win because he is our main character. But the goal was to present the fighting as an uphill battle in order to accurately represent the real challenges people face when dealing with mental health-related issues.” – Steve Cannon explained

In the new Vevo Footnotes episode, Lil Bibby and Steve Cannon talk about almost losing the session files to the song, Juice WRLD’s former struggles with his inner demons, and his dreams of one day creating his own anime. “Already Dead” was the lead single from Juice WRLD’s fourth studio album, entitled, “Fighting Demons.” 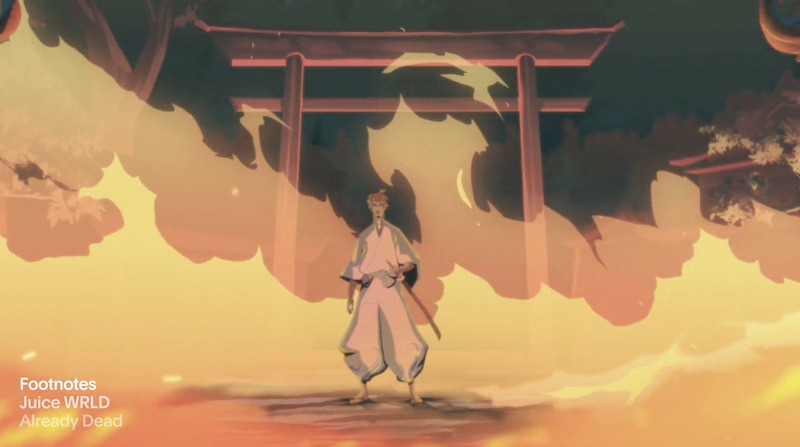 (0:22) Lil Bibby: “Juice recorded this song in 2018. The session was lost until a fan DM’d me with the recording date and studio, based off of a snippet of Juice’s Instagram Live when he teased the song.”

(0:38) Steve Cannon: “On the road, Juice would talk about one day creating his own anime. Unfortunately, he never was able to realize that dream, so I feel like it’s my responsibility to uphold his creative vision.”

(1:10) Steve Cannon: “This character is named “Anti-Juice.” He represents the internal struggle Juice faced within himself. Anti-Juice regenerating is a metaphor for the resilience of mental health issues. Every time Juice appears to get a leg up on Anti-Juice, he bounces back more fiercely (a classic anime trope).” 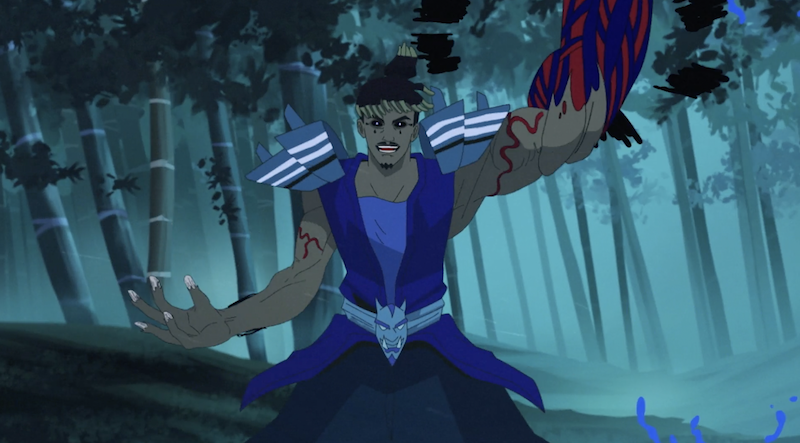 (1:29) Lil Bibby: “I was inspired by [the Japanese manga series] ‘Demon Slayer.’ I told Steve and the team at Grade A Films and they did a good job of getting it done.”

(1:40) Steve Cannon: “‘Demon Slayer’ and ‘Naruto’ were big inspirations for this video. ‘Dragonball Super’ is another constant source of inspiration. I added the classic anime flashback in the middle of the video when Juice is being overwhelmed in combat by his evil self.”

“Voices in my head, all I can hear ‘em say, ‘Is everyone wants me dead.’ B*tch, I’m already dead, I’ve been dead for years!” 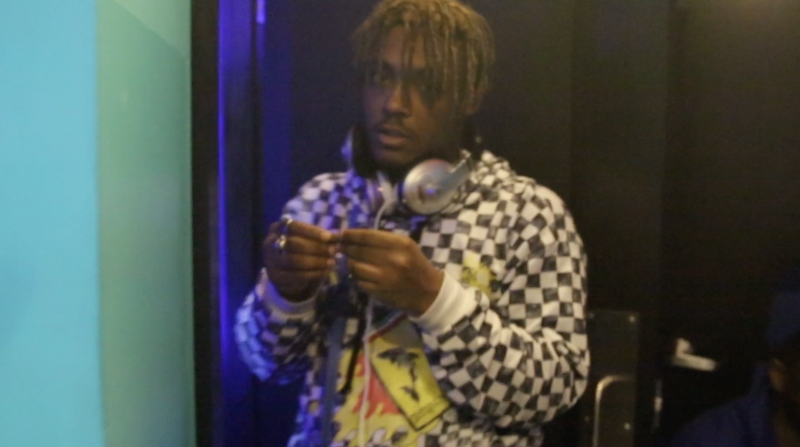 “And even if it seems like it’s impossible, it’s very very possible. So don’t get nervous. If you have a big goal, just chip away at it until you get to where you need to be.”  — Juice Wrld stated

(1:58) Steve Cannon: “The clips I pulled from were from footage I shot of Juice at the beginning of his career. This is to symbolize Juice remembering his past self in a moment of great danger.”

(2:16) Steve Cannon: “The audio in the flashback was from an old interview. I liked the inspirational message in this segment because it represents what Juice’s internal dialogue with himself would be in this situation: to never give up, despite the odds.”

“I know that I didn’t stand a chance, I don’t think I’ll ever live again. I’m only here by popular demand. I’m staying alive for the fans.” 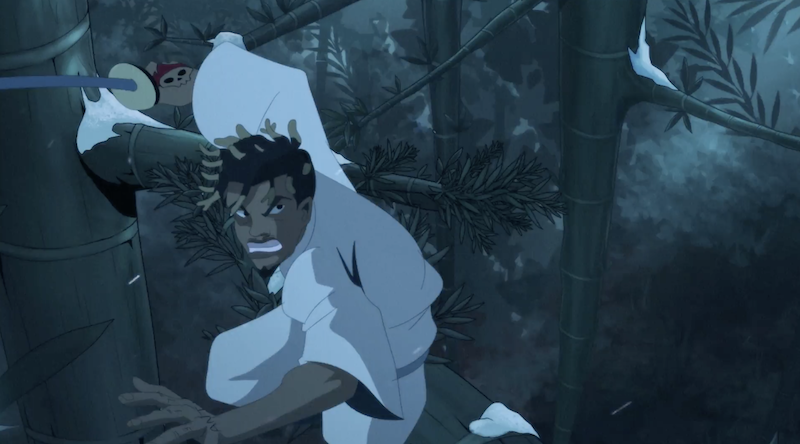 (2:35) Steve Cannon: “The first time I heard the second verse, it sounded like he was having a conversation with himself. That’s where I got the idea to create an anime about him fighting the evil version of himself.”

(3:03) Steve Cannon: “Sequencing the fighting in a meaningful way was a challenge. I instinctively wanted Juice to win because he is our main character. But the goal was to present the fighting as an uphill battle in order to accurately represent the real challenges people face when dealing with mental health-related issues.” 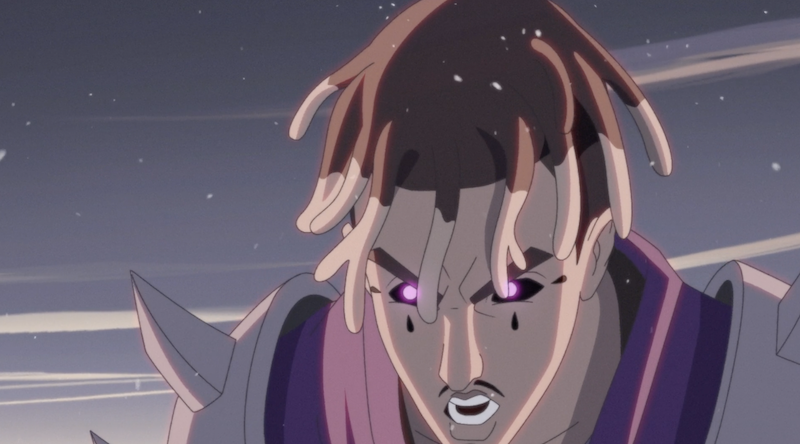 (3:28) Steve Cannon: “The attack used on Juice on the snowy mountain flight scene is based on the final move that Demon Slayer’s Rengoku uses in the ‘Mugen Train’ movie. There are some parallels between the Juice character and Rengoku that make that scene even more powerful.”

(3:50) Steve Cannon: “I intentionally did not want to have the video end with a winner or a loser. The impact comes when you realize that battles Juice faced within himself could not be contained in just one video with one fight. There are many battles fought within the mind of Juice, this was just one of them.” 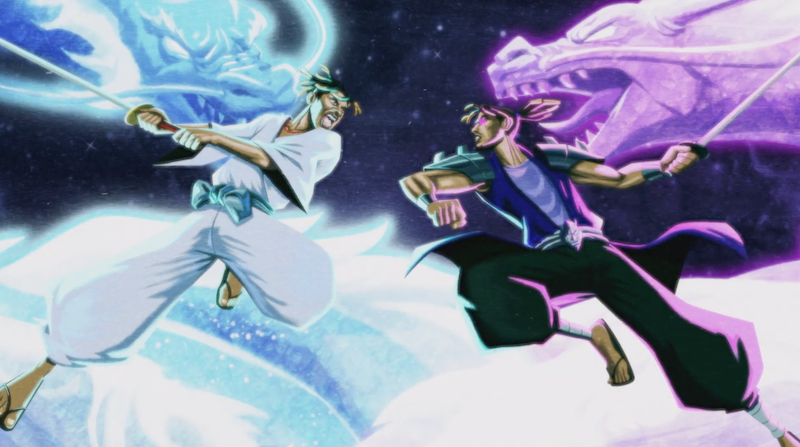 We recommend adding Juice WRLD’s “Already Dead” single to your favorite contemporary rap playlist. Also, let us know how you feel about it in the comment section below. Mel Blanc’s famous catchphrase, “That’s All Folks!” Thanks for reading another great article on Bong Mines Entertainment – the hot spot for new music. Furthermore, always remember that (P) Positive, (E) Energy, (A) Always, (C) Creates, (E) Elevation (P.E.A.C.E).