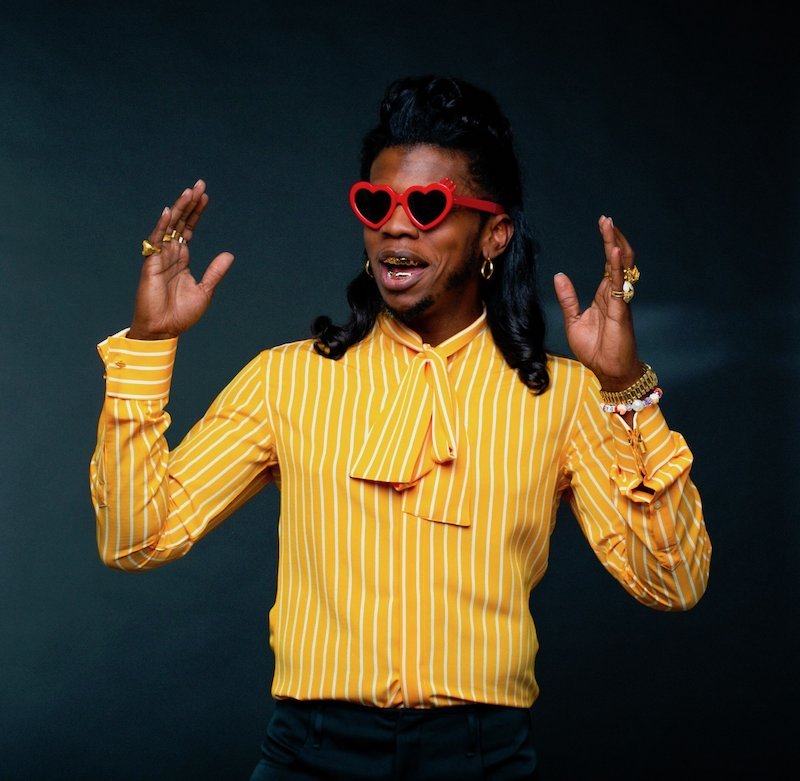 Trinidad James is a multi-platinum Atlanta-based artist from Trinidad. Not too long ago, he released a dope rap tune, entitled, “Jame$ Woo Woo”, a tribute to the late James Brown.

“R.I.P. the great, call him James Brown. Use to be a man’s world, James Brown. Just cop the new fur, that sh*t James brown. Got my hair on pimp, James Brown. I look good, I dress good, I talk good, Yeahhhh, girl, I f**k good. I feel good, I just popped one. You a broke boy, I am not one. I got real hitters with me where I’m from. You need a hit, b*tch, I got one.” – lyrics

“R.I.P. the best entertainer ever, James Brown. ‘Jame$ Woo Woo’ is an ode to the greatness Mr. Brown left on this earth. Times have changed tremendously but artist vices are still the same and entertainment still matters. Woo Woo is Mr. Entertainer. The ‘WooWoo’s’ Baby D and Eli along  with Jame$ himself.” – Trinidad James

‘Jame$ Woo Woo’ serves as Trinidad James’s most powerful and essential statement yet. Also, the song is a fantastic indication of what listeners can expect to hear on his upcoming album, set to be released in 2020. The anticipated project will feature “Jame$ Woo Woo” and two previously released tunes (“UGLY”, “Playli$t”).

We recommend adding Trinidad James’s “Jame$ Woo Woo” single to your personal playlist. Also, let us know how you feel about it in the comment section below.