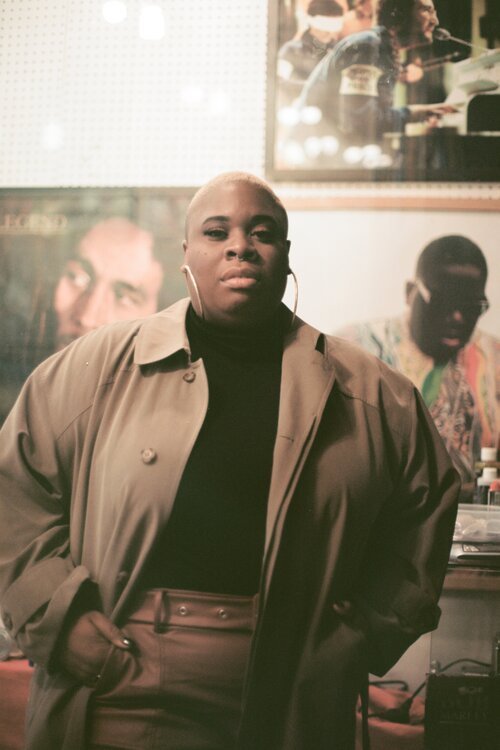 TiKA unveils a lovely audiovisual for her “Soothing Love” single

TiKA is a multi-disciplinary artist based in Montreal, Canada. Not too long ago, she released a lovely audiovisual for her “Soothing Love” single, via Next Door Records.

“For us to really accept ourselves, we need to be seen Otherwise our dreams of being included in these spaces remain just that: a fantasy. Also, where else can we be most free than in Africa, where we are most seen? To me, that’s the destination outside of the fantasy. ‘Soothing Love’ is an ode to Black fantasy, Black femininity, and Black sensuality. Themes that are not common, particularly in Canadian media which lacks examples of what that looks like.” – TiKA stated

The NASKADEMINI-directed video was inspired to create the image of Blackness in spaces that have historically excluded the Black experience. Delving into the world of Black fantasy is one of the more important themes that TiKA loves to explore in her art. Also, in her cinematic pursuits. She explains, “When Black people are represented in media, it’s rarely as the hero or heroine.”

“Soothing Love” contains a relatable narrative, ear-welcoming vocals, and tuneful melodies that are sure to resonate with fans of Meshell Ndegeocello, Tracy Chapman, Dionne Farris, and Diana King. Also, the likable tune possesses lush instrumentation flavored with a warm contemporary R&B aroma. Furthermore, “Soothing Love” serves as a wonderful presentation of what listeners can expect to hear on “TiKA’s upcoming debut album, entitled, “Anywhere But Here.” The project is available everywhere on February 26, 2021.

“Take my hand, let’s run away to Africa for that soothing love.”

“In my own fairy tale, depicted in ‘Soothing Love,’ my muse Tina represents Prince Eric. Through her eyes, she envisions three mermaids. My way of showing the possibilities of what it could look like to be desired as a Black fantasy character. This image is furthered by the two other mermaids, who are my own heroes in life. Elle Barbara is a trans activist and artist. And Tali Taliwah is a journalist and one of the members of Nomadic Massive. It’s important for Black people, especially Black womxn, to see what is beyond the archetypes that have been laid out for us. Also, I think of my mother, who after watching my video for ‘Sideways,’ said to me that she would have never considered wearing something backless (as I did in the video). But now she would.” – TiKA stated

TiKA has once again teamed up with collaborator NASKADEMINI, who she worked with on her past visual for “Sideways.”

“I shot my visual ‘Don’t Be Afraid’ with Victoria Long in Toronto. But it was getting difficult to travel and maintain my own wellness as well as that of the people I’m working with. NASKADEMINI, the director for ‘Soothing Love,’ is a genius and really cares about maintaining safer spaces. Espace Gris is NASKADEMINI’s almost 4000 sq ft studio in Montreal. So we decided to continue to shoot from there. Also, I felt it was best to keep the team contained and to keep us working in the same space for one vision.”

We recommend adding TiKA’s “Soothing Love” single to your favorite playlist. Also, let us know how you feel in the comment section below. Mel Blanc’s famous catchphrase, “That’s All Folks!” Thanks for reading another article on Bong Mines Entertainment. And always remember that (P) Positive, (E) Energy, (A) Always, (C) Creates, (E) Elevation (P.E.A.C.E).