The California Honeydrops released a soulful ode to good loving with their new single, “In Your Arms”

The California Honeydrops is a band from Oakland, California. Not too long ago, they released a soulful ode to good loving with their new single, “In Your Arms.”

The California Honeydrops – “In Your Arms” single

“‘Good lovin’ is something we all look forward to,” says The California Honeydrops’ singer and multi-instrumentalist, Lech Wierzynkski. The tune is, naturally, a reflection of his sentiment; a good time, toe-tapping love song riding on the wings of the Bay Area’s resident R&B machine.

The rhythm section behind “In Your Arms” grooves like a synthesizer-less Stevie Wonder or something from the oft-overlooked Stuff catalog, maintaining a bouncing forward momentum for Wierzynkski’s ever soulful vocal delivery. Filled out by another stellar horn arrangement—much like the rest of the Honeydrops’ upcoming album, Soft Spot—“In Your Arms” is the perfect snapshot of where old school soul meets new school cool, all in the name of love; something Wierzynkski holds high on his list of priorities. “Sometimes it’s the only thing keeping us alive,” he says.

The California Honeydrops – “In Your Arms” (Live)

The Honeydrops have come a long way since Wierzynkski and drummer Ben Malament started busking in an Oakland subway station. But the band has stayed true to that organic, street-level feel. With the additions of Johnny Bones on tenor sax and clarinet, Lorenzo Loera on keyboards, and Beau Beaullieu on bass, they’ve built a powerful full-band sound to support Wierzynski’s vocals.

Not too long ago, The California Honeydrops continued their nationwide Lil Bit Of Lovin’ Tour in Telluride, Colorado; a run of shows that will take the band from sea to shining sea over the course of the next three months. 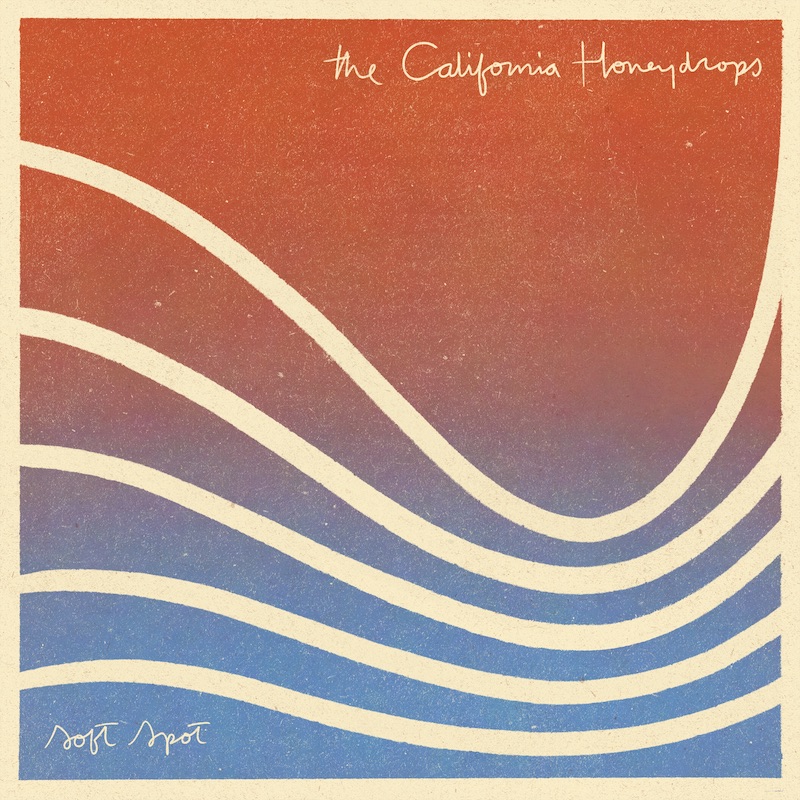 “The first thing many people say to us after watching the band perform on stage is ‘Man, you all LOVE to play together!’ That’s why ‘Soft Spot’ is such an important album because we didn’t get to play and hunker down as a full band like this for almost two years. After a few of us recorded the ‘Covers from the Cave’ album, strictly from home for our quarantined fans, it was a pleasure and privilege to let loose all together in the beautiful Oakland studio, bouncing off each other with creativity, jokes, and sweat, with Thai food and donuts, day after day, night after night.

The music on ‘Soft Spot’ speaks that joy and diligence. Sometimes we recorded when we were hella sick or had pulled back muscles—getting older is tough! Sometimes we recorded on our birthdays and had cake next to the mics. When you get good sounds, you can’t stop! And all the sounds we were getting were good. Really good. And that’s when the recording is easy.” – stated the Honeydrops drummer, Ben Malament

“We continued the Honeydrops’ album tradition of bringing many special musical guests to bless the studio with their magic. Sousaphones, strings, space echoes, it’s all here. Our engineer, Jacob LaCally’s, aka ‘Cubby’s,’ fine ears and maybe finer patience kept the session rolling through the hours. Leon Cotter and Scott Messersmith have become staples of the Honeydrop sound, filling the room with the full band sensation we could lean back on. We enlisted the Kid Wonder and Oakland native, Oliver Tuttle, with his beautiful energy and ideas, and the ‘Ponchatoula Powerhouse,’ Miles Lyons, dropped in from Louisiana to add a whole new low end to our music.

This album has our unique Honeydrop take on many styles of music, all under a cohesive production style so there’s no confusion. There’s no provin’. Only groovin’. ‘Soft Spot’ is a special one. We can’t tell you how happy we are to have made it and to give you these new songs.” – Ben Malament stated 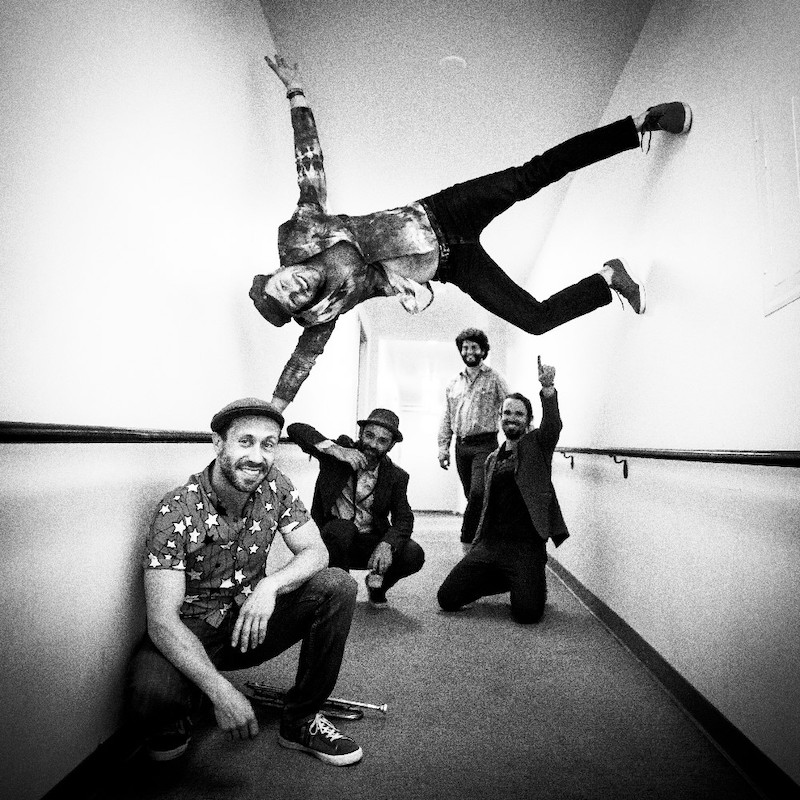 The California Honeydrops don’t just play music—they throw parties. Led by dynamic vocalist and multi-instrumentalist, Lech Wierzynski, the band draws on diverse musical influences including funk, Bay Area R&B, Southern soul, Delta blues, and New Orleans second line to bring a vibrant energy to their shows. Assembling their five core members plus two to three more world-class musicians each show, the Honeydrops deliver an eclectic performance and innovative recording style, evident in the seven studio albums, three live albums, and two cover albums the band has released since forming in 2008. Their highly anticipated LP, “Soft Spot,” is set to release in the fall of 2022, coinciding with a national tour. 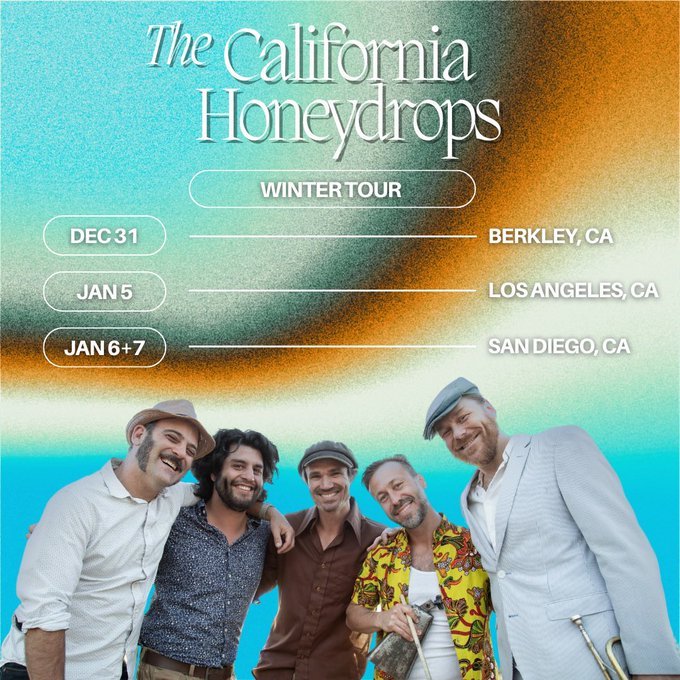 We recommend adding The California Honeydrops’ “In Your Arms” single to your favorite retro-soul playlist. Also, let us know how you feel in the comment section below. Mel Blanc’s famous catchphrase, That’s All Folks! Thanks for reading another great article on Bong Mines Entertainment – the hot spot for new music. Always remember that (P) Positive, (E) Energy, (A) Always, (C) Creates, (E) Elevation (P.E.A.C.E). Contact us on social media via Twitter, YouTube, Instagram, or Facebook, and let us know what’s going on. Disclaimer: This post, contains affiliate links, and we may be compensated if you make a purchase through links on our website.