T-Rell is one of the hottest new artists from Topeka, Kansas. Not too long ago, he released an appealing music video for his “Letter To Jordan” single.

“I wasn’t always able to be there for my son physically when he had cancer. I had to hit the road to cover his hospital bills because the insurance wouldn’t cover his chemo treatments. I ain’t care about a hit single, I ain’t care about cars and material things, my priority was my boy’s life.” – T-Rell explained

‘Letter To Jordan’ is an uplifting message dedicated to T-Rell’s son who has down syndrome and has battled cancer. The artist expresses his love and devotion to his oldest son who has shown bravery and strength in his short 13 years of life. In the DJ Vince-directed music video, the proud father is cheering on his son at his basketball game, supporting him at his doctor’s visits, and sharing special moments together on road trips.

Furthermore, “Letter To Jordan” follows mildly on the heels of T-Rell’s previously released video for his “I Deserve” single.

‘I Deserve’ recently cracked the Top 40 on Urban Radio. The song re-imagines Tank’s Hot 100 charting hit, “Maybe I Deserve,” from his album, Force of Nature. Tank invited T-Rell to perform the song on his tour dates and at the release event for his latest album, “R&B Money,” in Los Angeles. So far, the music video has received close to three million views on YouTube and the song has obtained over 5 million views on TikTok.

T-Rell has accumulated #1 charting albums and millions of streams. The mayor of his hometown (Topeka) has honored the singer, rapper, dancer, and producer by proclaiming an official “T-Rell Day” that recognizes all his charitable contributions to children which are celebrated annually on May 22.

T-Rell experienced his first hit in 2014 with “My Dawg,” inspired by a tragic car accident that injured him and took the life of his manager and brother, Chris “8-Ball” Partee. The record became an instant classic spreading throughout the southern region as people began requesting it on their local radio stations and booking T-Rell to play memorial concerts to pay tribute to their own lost loved ones. The news reached Boosie BadAzz who jumped on an official remix and began inviting T-Rell to perform on over 30 dates of his “welcome home” tour in 2015.

As “My Dawg” grew and show requests poured in, T-Rell had to make an impossible decision to stay on tour after finding out his then 6-year-old son Jordan was diagnosed with cancer.

T-Rell obtains a TV show for his son

“I’m basically showing the ups and downs of being a father to a child with disabilities and showing how beautiful they are as people. Just because he has Down syndrome doesn’t make him any different.” – T-Rell explained

The bond between T-Rell and his son is documented in the Roku SM1 streaming series, “Best Buddies.” T-Rell is the producer and director of the show that follows his adventures with Jordan and navigating life growing up in Topeka.

On TikTok and Instagram, T-Rell produces multiple series including his “smart shopping tips,” showing people how to shop at discount retailers like Walmart and look just as good as wearing designer clothes. The series encourages fans to save money with the message: it’s not about the clothes, but the man that’s in them.” Also, T-Rell makes videos surprising artists such as Ray J and Tank with remade versions of their hit songs. 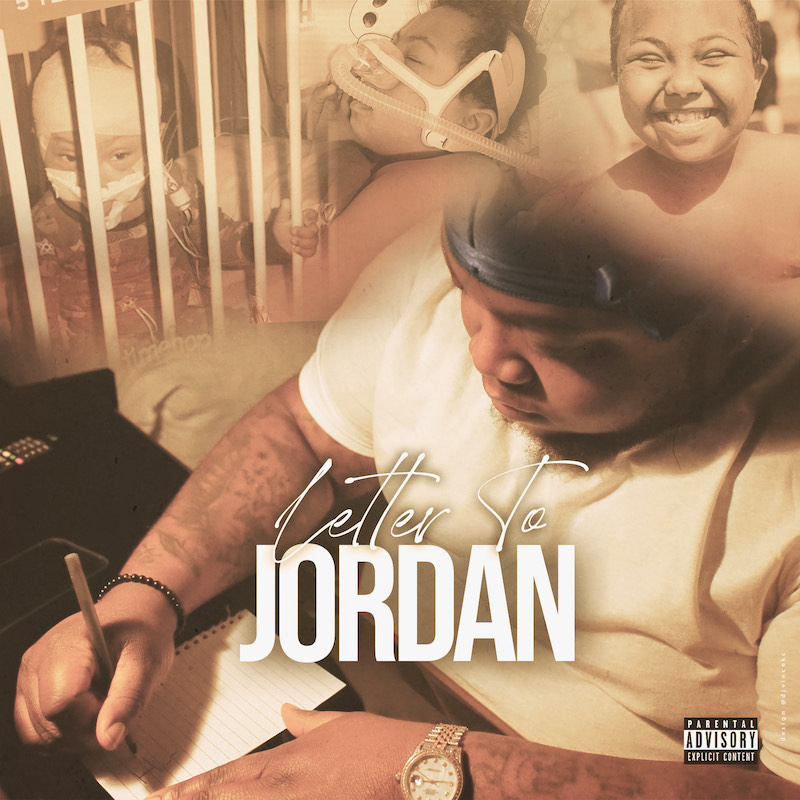 We recommend adding T-Rell’s “Letter To Jordan” single to your favorite contemporary rap playlist. Also, let us know how you feel in the comment section below. Mel Blanc’s famous catchphrase, That’s All Folks! Thanks for reading another great article on Bong Mines Entertainment – the hot spot for new music and entertainment news. Always remember that (P) Positive, (E) Energy, (A) Always, (C) Creates, (E) Elevation (P.E.A.C.E). Contact us on social media via Twitter, YouTube, Instagram, or Facebook, and let us know what’s going on. Disclaimer: This post contains affiliate links. If you make a purchase after clicking a link, we’ll collect a share of sales or other compensation.