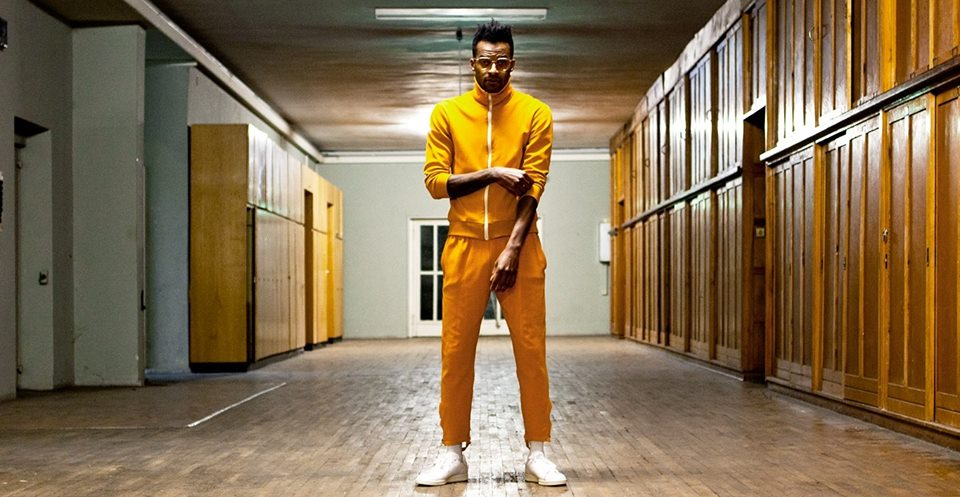 Sway Clarke is a singer-songwriter based in Toronto, Ontario. Not too long ago, he released a music video for his “Sad Kanye” single. The song is an introspective tune inspired by the artist’s struggles with depression and anxiety.

“Sad Kanye is a song about dealing with depression. It’s something I’ve been struggling low key with my whole life. I was finally ready to admit it to my family and friends, but I guess I need a funny way to curb it.” – Clarke

The Sander Houtkruijer-directed video finds an individual, Sad Kanye, reading text messages on his phone. He’s at a bar drinking and the mood is gloomy.

Also, his head is a custom-made box plastered with iPad-like devices on all sides. On the front is a digitized picture of Kanye West’s legendary sad face.

The following scene finds Sad Kanye in bed, wiping the imaginary tears from his digitized face. He ties a transparent bag over his head, but he’s not committing suicide. He did so because he doesn’t want to short circuit his digitized face when he takes a shower.

Frustration sets in and Sad Kanye is sent to the store for some toilet paper by his roommate. While walking outdoors, he meets a couple of women, one of them plays with his screened face.

Sad Kanye walks away from them and uses Windex to clean her fingerprints from his face. While walking home, his battery dies and he is stuck in a walking position.