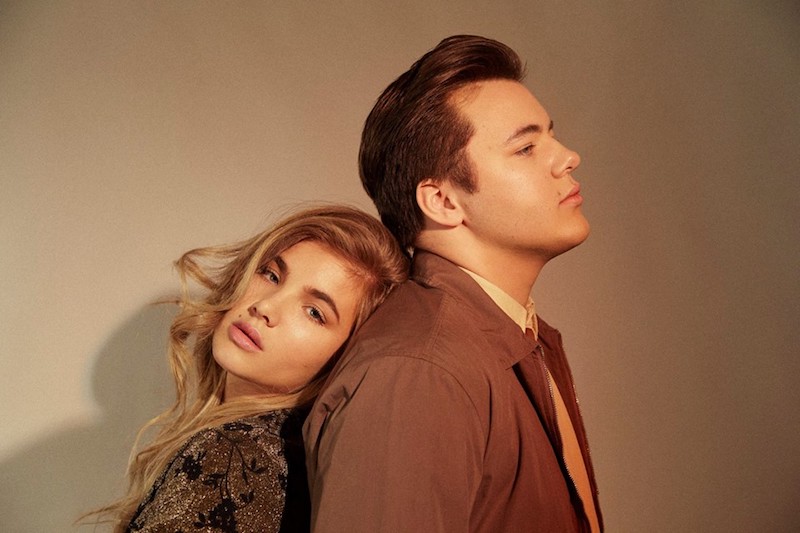 Strandels releases a music video for their “Slip” single

Strandels is a sibling duo (Tova and Sixten Strandell) from Stockholm, Sweden. Not too long ago, they released a music video for their “Slip” single.

‘Slip’ starts out with acoustic guitars and introspective arrangements. The likable tune is filled with a timeless organic touch, alongside a smooth sentimental feeling.

‘Slip’ embodies the essence of the Strandels’ sound, creating an effortless take on authentic pop. Also, it’s about a new beginning, mirrored in the artworks tarot card.

“On the artwork, the character symbolizes death/a hermit. Death represents a new beginning or the end of a cycle. The hermit represents a phase of introspectiveness, an inner reflection about one’s current state in life. The star is like a ‘wow’ moment—a sudden epiphany that things are finally in the right place. A sort of rebirth of one’s self after a feeling of being lost after a disaster. The whole cards meaning conceded with ‘Slip’, since the song’s message is about the story of a relationship where the love for one another has been an intense burning flame that abruptly turned to ashes. You lose yourself in the situation but later realize that it’s all just a phase that won’t last forever.” – Strandels

Strandels is a name you should remember. In 2016, they released their debut EP, entitled,  “Chance of Rain”.

Since then, they have been praised by celebrated journalists like Jan Gradvall, toured with Per Gessle (Roxette), and performed at the Great Escape in the U.K.

Now, they’re in preparation to release their debut album. Also, they’ve been working on their writing, aiming to find something that with one word can be described as melancholy, but at the same time playful and honest.

We recommend adding Strandels’ “Slip” single to your personal playlist. Also, let us know how you feel about it in the comment section below.