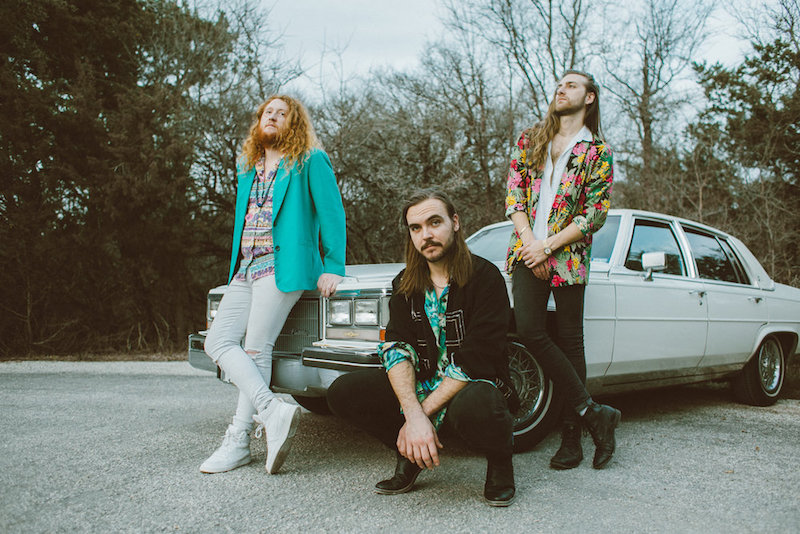 Sphynx releases an exciting music video for their “Patterns” single

Sphynx is an Austin, Texas-based electro-pop band. Not too long ago, they released an exciting music video for their “Patterns” single.

The video finds the members of Sphynx walking out of a building with bandana-covered faces. They’ve just pulled off a heist, and within a few seconds, riding away from the scene in a getaway vehicle.

At a safe destination, they change clothes, and a few scenes later find them digging a hole in the middle of nowhere. But before they can stash their contraband inside the dug region, police sirens appear, forcing the trio to flee on foot.

Sphynx is a long-time fixture of the Austin music scene. So much so that they have been honored with a City Hall proclamation, which states that February 13th is ‘Sphynx Day’ in Austin.

The band, after years of relentless touring, has played packed venues and festivals across the US. They have opened for top acts such as Questlove and Walk The Moon. Also, they have shared line-ups with Imagine Dragons, Spoon, and Cut Copy.

Pretty soon, they will make their second visit to the UK, after selling out their first London headline date at The Troubadour. Their musical success is the main reason why they are amongst the first wave of bands announced for the 2019 SXSW line-up.

We recommend adding Sphynx “Patterns” single to your personal playlist. Also, let us know how you feel about it in the comment section below.