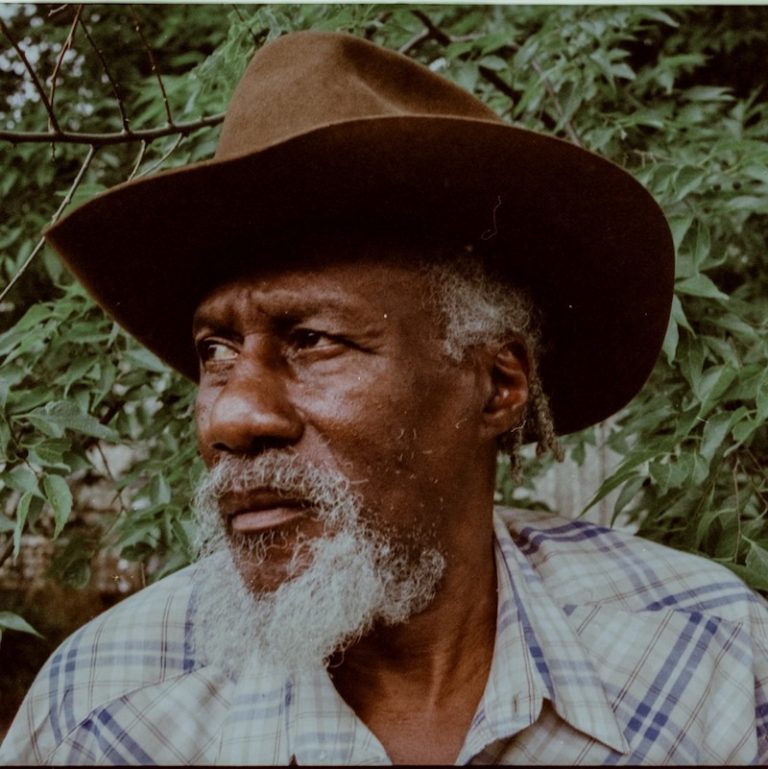 Robert Finley is a 67-year-old singer-songwriter based in Bernice, north-central Louisiana. Not too long ago, he released an appealing audiovisual for his “Souled Out On You” single, produced by Dan Auerbach.

Robert Finley – “Souled Out On You” music video

“‘Souled Out On You’ is the story of a relationship that’s ending. It’s about someone who takes on everything in the relationship. All the good and the bad and even after all of that. They notice that it just isn’t going to work out and the relationship has run its course. I took all I could take and I’m starting my life over.” – Robert Finley explained

The Tim Hardiman-directed video finds Robert Finley wearing a dark outfit, shades, and a cowboy hat. He’s playing the piano inside an empty hall with no audience. Also, the video features Dan Auerbach on guitar.

‘Souled Out On You’ tells a heartfelt tale about a disappointed man who shares a problematic relationship with his significant other. Apparently, his companion is putting him through hell, and they are on the verge of breaking up. No matter how much he prays, there’s nothing he can do to prevent the breakup from happening.

‘Souled Out On You’ contains a troubled relationship-based narrative, ear-pleasing baritone and falsetto vocals, and harmony-driven melodies that will resonate well with fans of James Brown, Al Green, Sam and Dave, and Aretha Franklin. The gloomy tune possesses electric-guitar-driven instrumentation seasoned with dark soul and natural blues ingredients. Furthermore, “Souled Out On You” serves as a tasty appetizer of what listeners can expect to hear on Robert Finley’s career-defining new album, entitled, “Sharecropper’s Son.” 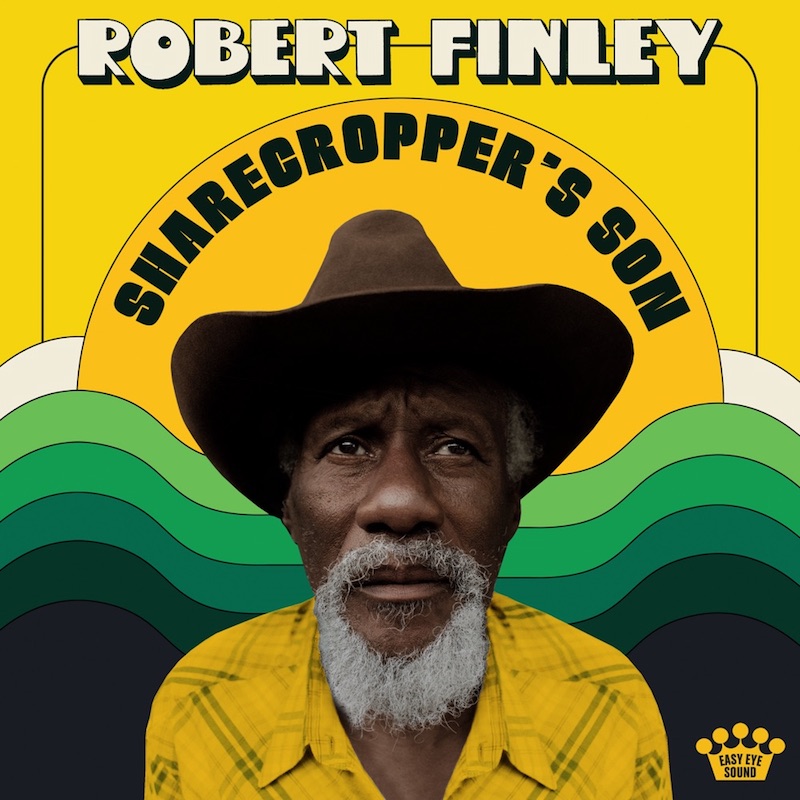 “I was ready to tell my story, and Dan and his guys knew me so well by then that they knew it almost like I do. So they had my back all the way. Working in the cotton fields wasn’t a pleasant place to be, but it was part of my life. I went from the cotton fields to Beverly Hills. We stayed in the neighborhood most of our childhood. It wasn’t really all that safe to be out by yourself. One of the things I love about music is that, when I was a boy growing up in the South, nobody wanted to hear what I had to say or what I thought about anything. But when I started putting it in songs, people listened.” – Robert Finley stated, reflecting back on his childhood stories that inspired his album

Rooted in the vintage sounds of southern soul, country, rhythm-and-blues, “Sharecropper’s Son” showcases Finley’s formidable vocals, which take center stage and encapsulate his remarkable life story and reflect on his childhood during the Jim Crow era south. Finley’s stories of pain and joy will uplift as he shares his belief that you are never too young to dream and never too old to live. Furthermore, “Sharecropper’s Son” features blues veterans and studio legends who have worked with everyone from Elvis to Wilson Pickett.

Robert Finley has always been a consummate entertainer and sensational soul singer. When he lost his sight, he became an overnight success after 67 years of hard work. Finley has a voice that has stood the test of time and can glide from a gut-deep growl to a transcendent falsetto, all in a single phrase. 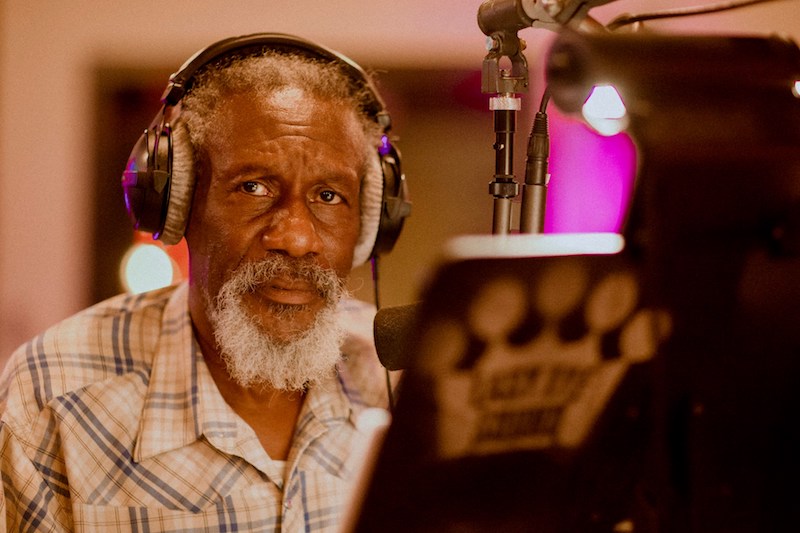 “I want people to understand that I can’t be kept in a box. I like to do all kinds of music—everything that means anything to me. From gospel to blues to soul to country to rock ‘n’ roll.” – Robert Finley stated

Finley, an army veteran, was a skilled carpenter before losing his sight in his ‘60s to finally pursuing his musical dream. To date, he has overcome divorce, house fires, and an automobile accident. He is legally blind following losing his sight due to the medical condition, glaucoma, which forced him to retire from carpentry and finally pursue his long-delayed music career. Finley believes his sight was improved by the power of prayer and his faith has also helped him focus on launching his music career in his ‘60s.

“Losing my sight gave me the perspective to see my true destiny.” 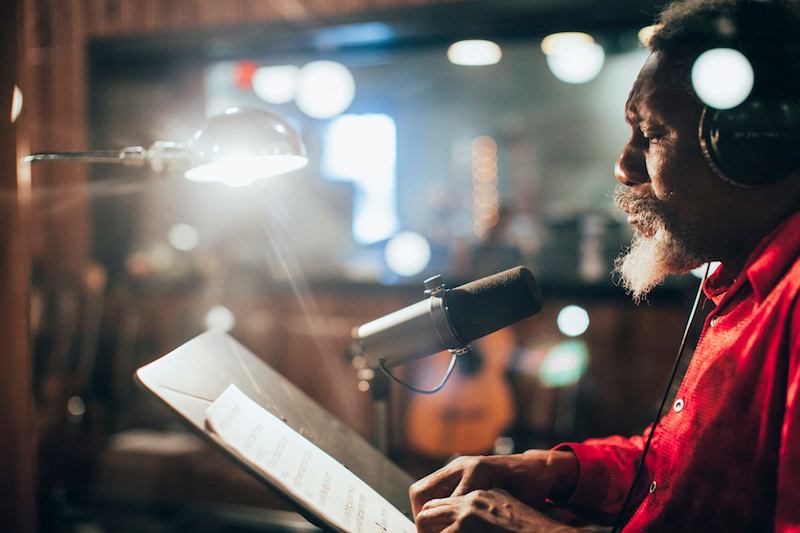 “He walked in like he was straight out of the swamp. He had leather pants, snakeskin boots, a big country & Western belt buckle, a leather cowboy hat, and a three-quarter-length leather duster. The final touch was the folding cane the legally blind Finley wore on his hip, in a holster. Basically, he was dressed for national television.” – Dan Auerbach recalled

So far, Finley has toured more than 10 countries. Not too long ago, he was profiled on PBS NewsHour. Shortly afterward, he became a contestant on the 2019 season of the TV competition, America’s Got Talent. Finley reached the semi-finals. Auerbach saw Finley’s potential straight away, proclaiming him “the greatest living soul singer.”

“Souled Out On You” single 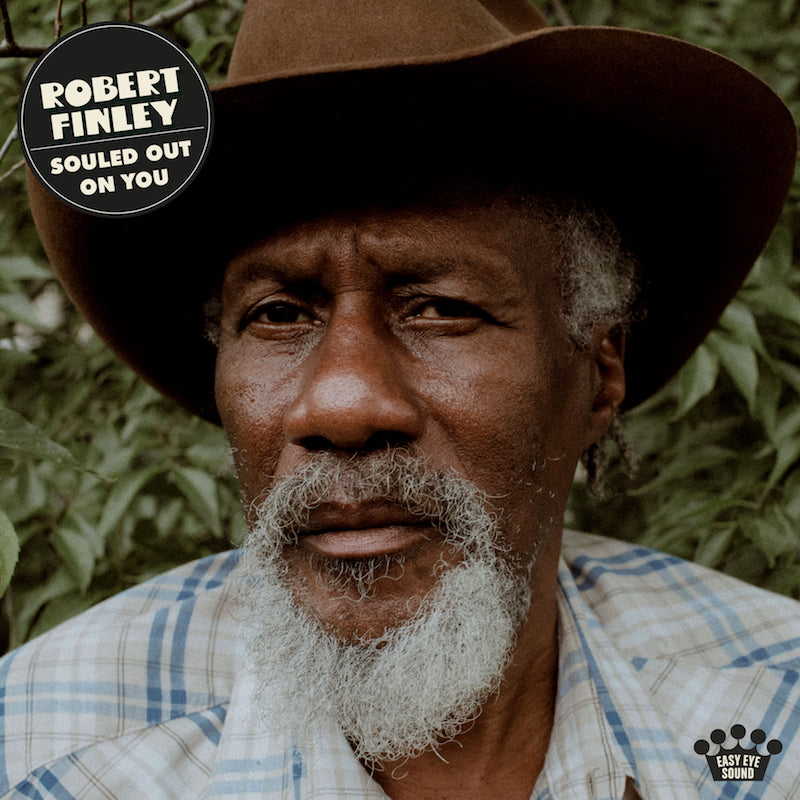 Robert Finley is one of eight children. He was born in Winnsboro, Louisiana, in 1953. Song’s including Sharecropper’s Son’s title track was inspired by Finley’s childhood. His family members were sharecroppers and he was unable to regularly attend school and often worked with his family in the field picking cotton. Later, he attended a segregated school but dropped out in the 10th grade to go into employment. Finley cites a range of vocal influences including Al Green, Jimi Hendrix, Ray Charles, Elvis, James Brown, and The Beatles.

We recommend adding Robert Finley’s “Souled Out On You” single to your favorite playlist. Also, let us know how you feel in the comment section below. Mel Blanc’s famous catchphrase, “That’s All Folks!” Thanks for reading another great article on Bong Mines Entertainment, and always remember that (P) Positive, (E) Energy, (A) Always, (C) Creates, (E) Elevation (P.E.A.C.E).