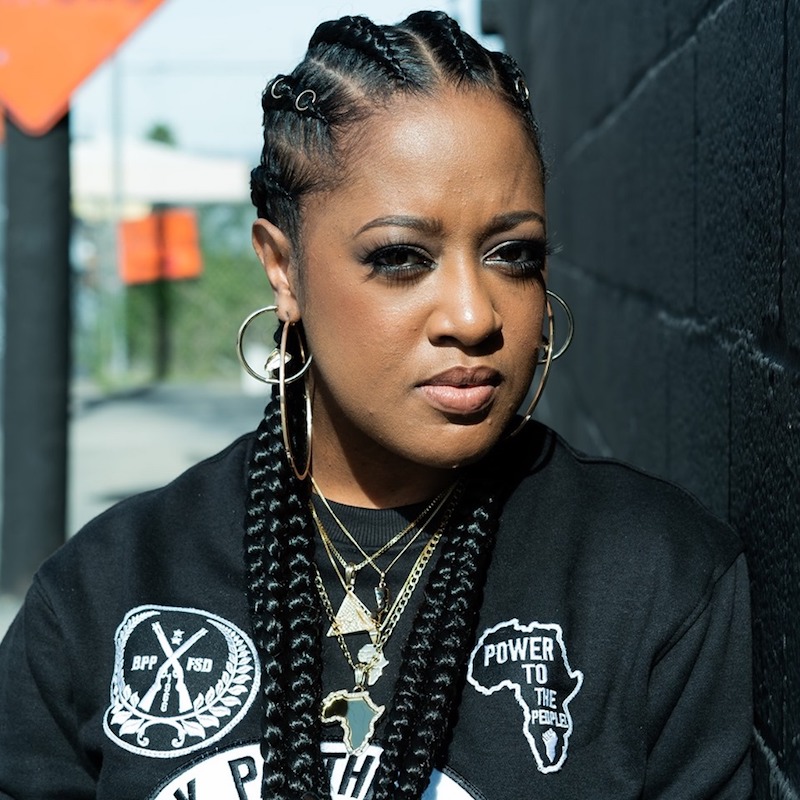 Rapsody is a rapper from Snow Hill, North Carolina. Not too long ago, she released a music video for her “lbtihaj” single featuring D’Angelo & GZA (Wu-Tang Clan).

“While everybody in my gang a star, DJ Preem. Screaming through the sunroof, ‘money still ain’t thang”. While I’m spending small bank asking, ‘Where is my change?’. Carpool with the homies saving gas in my tank. I think like a billionaire, I spend less than I make. Strong-minded I should bench way more than my weight. Women been leading the way since Roxanne Shante. And the Unit had flavor and Jay had Marcy neighbors that waved. They looking confused, I’m like, ‘Cool, maybe it’s age’. When I see afro puffs, I think maybe it’s Rage.” – lyrics

Also, the audiovisual finds Rapsody and GZA performing while several hijab-wearing women decorate the scene with color and style.

“lbtihaj” was named after Olympic fencing bronze medalist, Ibtihaj Muhammad. The iconic athlete is the first Muslim woman to wear a hijab while representing the United States at the Olympics.

“With this one, I wanted to talk about how important it is to have representation. To have Black women you can look to in your life. Whether it’s your mother or your sister, or you turn on the TV and you look at The Cosby Show’s Phylicia Rashad or Cicely Tyson, and now Issa Rae or Yara Shahidi. To have examples you can draw from who look like you—that inspires you and feeds you.” – Rapsody via Essence

Also, the LP will feature song titles of past and present-day icons including Nina Simone, Oprah Winfrey, Aaliyah, and Whoopi Goldberg.

We recommend adding Rapsody’s “lbtihaj” single to your personal playlist. Also, let us know how you feel about it in the comment section below.