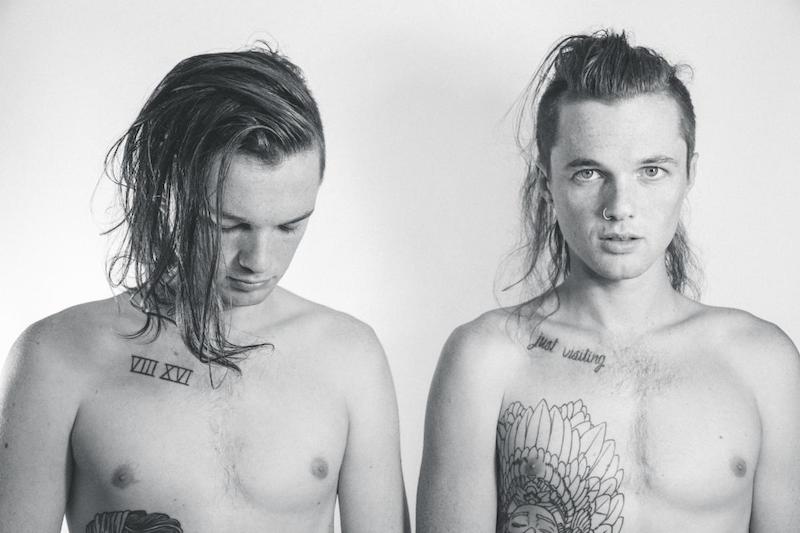 Oliver Riot is an LA-based duo comprised of Benjamin and Alexander Moore, identical twins from Albuquerque, New Mexico. Not too long ago, they released a heartfelt alternative-pop tune, entitled, “Nervous”, released via AWAL.

“Here is our new song called ‘Nervous’. Honestly, it’s more of a poem than it is a song. The poem is about the feeling of being physically within proximity to someone you love while simultaneously knowing that they’re *just* out of emotional reach. Being inches apart while feeling miles out, watching the person slowly fade away, slipping like water through your fingertips as you try to clasp on harder and harder. Interestingly enough, most of us have experienced this feeling at some point in life. We’re all familiar with the devastating effects of living in constant nervousness, wondering when the person we depend on will disappear.” – Oliver Riot

So far, Oliver Riot has released two EPs that have racked up over 100 million streams. Now, the boys are back for more online success.

The lyrics explore mental struggles that the brothers face on a daily basis with Pure O OCD.

“We recorded the vocals on the same $99 microphone we used on our last two EPs which we recorded in the back of an old Korean Church we were squatting in while homeless together. It brings back good and bad nostalgia for us using that microphone, so we couldn’t resist using it for this song.” – Oliver Riot

We recommend adding Oliver Riot’s “Nervous” single to your personal playlist. Also, let us know how you feel about it in the comment section below.