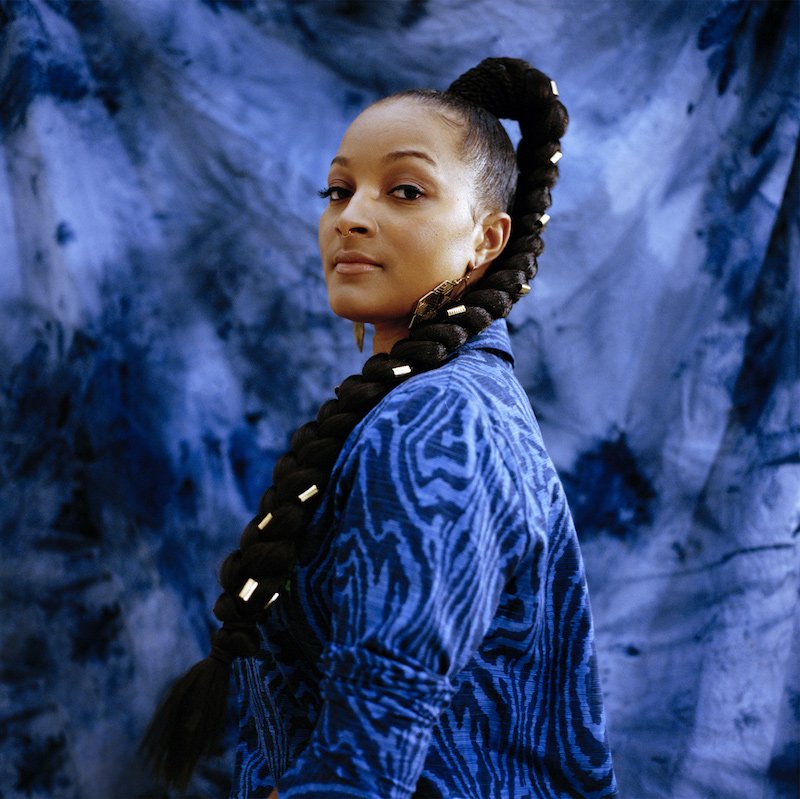 Nubya Garcia is a multi-award-winning saxophonist and composer based in London, England. Not too long ago, she released a gorgeous debut album, entitled, “SOURCE”, via Concord Records, under the iconic Concord Jazz imprint.

‘SOURCE’ is a personal offering, a collection of sonic mantras to live by. The nine-track project maps the coordinate points of Nubya Garcia’s identity. Also, it highlights her family histories, grief, Afro-diasporic connections, and collectivism. Furthermore, “SOURCE” is fundamentally about getting grounded within yourself, so that you can be present with others. It’s about a realization of personal and collective power, and the evolution of Garcia’s values as she reconnects with herself, her roots, and her community.

“[A mode of living that can leave us collectively] very isolated and disconnected from ourselves and each other. To think about what makes each of us joyful, what things we personally reach towards to feel grounded. Like sweeping your hands for stillness before you go back out again, on whatever journey you’re on.”– Garcia stated

The album opens with “Pace”, a purposeful composition. The track swings between spatial quietude and intense peaks, which Nubya Garcia likens to crashing waves. The track’s relentlessness mimics the hustle and hyper-productivity of modern life. The irony of the track’s title and intentions aren’t lost on Garcia in the midst of this pandemic. It’s a track about reassessing her own values, something the uncertainty of the current moment demands we all do. Furthermore, “Pace” is about an internal sense of grounding, with its steady, questing solos, and capacious grooves.

“The Message Continues” is about taking root in the stories and experiences of our elders. Nubya Garcia hones in on the importance of learning about and passing on stories from the past so that knowledge isn’t forgotten.

The album’s title track, “Source”, arrives reworked in steamy dub overtones. Blending together reggae, jazz, and myriad sounds from Garcia’s youth. The sweltering heat generated in the track’s basslines and Garcia’s militant sax place the track as a paean to personal power.

“Together is a Beautiful Place To Be”

“I miss him. I’m thankful that I got to say goodbye. When I take my experiences out of the song, it’s about being with your family, your people and your community.” – Garcia stated

‘Together is a Beautiful Place To Be’ is a soaring ballad dedicated to Garcia’s late stepfather. Dancing on the outer edges of soul and gospel, it’s a meditative space, a wake of sorts, set to high hat soft blows. A delicate accompaniment from Sheila Maurice-Grey and Joe Armon-Jones’ gentle keys.

“Stand With Each Other”

“I love the three of them singing so much. The blend is like nothing I’ve heard for a really long time. I wanted the vocals to sound like a classic Lover’s Rock tune and they nailed it.” – Nubya Garcia

‘Stand With Each Other’ is built on serpentine nyabinghi grooves. Here, Garcia is joined by Kokoroko’s Richie Sievwright, Cassie Kinoshi, and Sheila Maurice-Grey on standout vocals recalling classic reggae harmonies from the likes of the Wailers and The Congos. The song is a celebration of collectivism, particularly of women. Garcia wants to celebrate incredible artists she’s in the community with. Also, at the same time, she wants the industry to move beyond viewing artists only in terms of their genders.

Last year with the British Council, and alongside other members of the London Jazz Scene, Garcia spent a week in Colombia where she first met multi-instrumentalist Diana San Miguel of La Perla, a young trio celebrating the nation’s traditional music. Garcia was so enamored that she went back this past winter. While there, she soaked in the sounds across her travels through Cali, Bogotá (where the track was recorded at the renowned Mambo Negro studios), and Timbiquí.

“Before Us: In Demerara & Caura”

‘Before Us: In Demerara & Caura’ follows deep dive excavations into Garcia’s family histories. Musically, Garcia draws from a rich web of Guyanese folk songs and carnival culture both in London and the Caribbean. Through the track, it’s an attempt to honor those experiences and to attend to the alienation she feels from distant homelands.

‘Boundless Beings’ is anchored on Daniel Casimir’s pliable bass. Also, on the haunting control of Chicagoan vocalist Akenya. In Garcia’s words, sums up the sentiment of the album. A dystopian anti-ballad, it’s a testament to personal triumph. Also, it brings to mind the erotic—in Audre Lorde’s definition—as a mode of survival. One that is generative not only for each of us personally. But each other and the planet—all concerns that Garcia shares. It’s about radical, relentless belief in our capacity to surmount the individual and collective challenges we face now, and those to come. 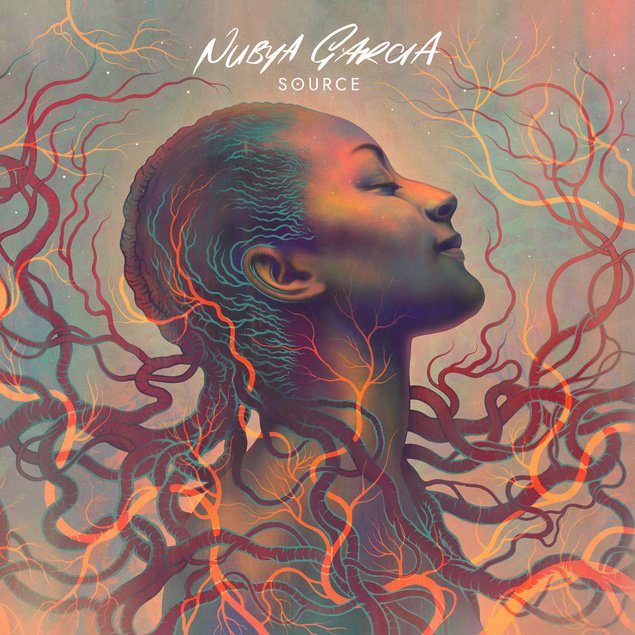 Garcia digs deep to present an album with a global outlook: from London to Bogota, Caura to Georgetown, it’s a record drawing inspiration from the many places she calls home.

‘SOURCE’ contains a blend of broken beat, soul, and dub-step. Also, Afro-diasporic sounds from cumbia to calypso expands further on this record, all while never losing Garcia’s deep jazz foundation. The album takes as much inspiration from Herbie Hancock and Wayne Shorter as it does from Flying Lotus, Calypso Rose, Mala, and Nidia Góngora. “SOURCE” is about a radical, relentless belief in our capacity to surmount the individual and collective challenges we face now, and those to come. Furthermore, the “SOURCE” was produced by Nubya Garcia in collaboration with the celebrated producer Kwes (Nerija, Bobby Womack, Solange), Joe Armon-Jones (keys), Daniel Casimir (bass), and Sam Jones (drums).

Nubya Garcia studied under pianist Nikki Yeoh at Camden Music, before joining Gary Crosby’s Tomorrow’s Warriors in her late teens. Shortly afterward, she completed her training at Trinity Laban Conservatoire of Music. She is a member of the contemporary septet, Nerija. Also, she has toured extensively internationally, playing venues and festivals across Latin America, Asia, Europe, Australia, and the United States. Furthermore, her reputation as a DJ is burgeoning. Currently, she helms a hit radio residency on NTS and plays a growing number of live sets across Europe. In 2018, she won the Jazz FM Breakthrough Act of the Year Award and the Sky Arts Breakthrough Act of the Year Award. The following year, she won the Jazz FM UK Jazz Act of the Year Award.

We recommend adding songs from Nubya Garcia’s “SOURCE” album to your personal playlist. Also, let us know how you feel in the comment section below.