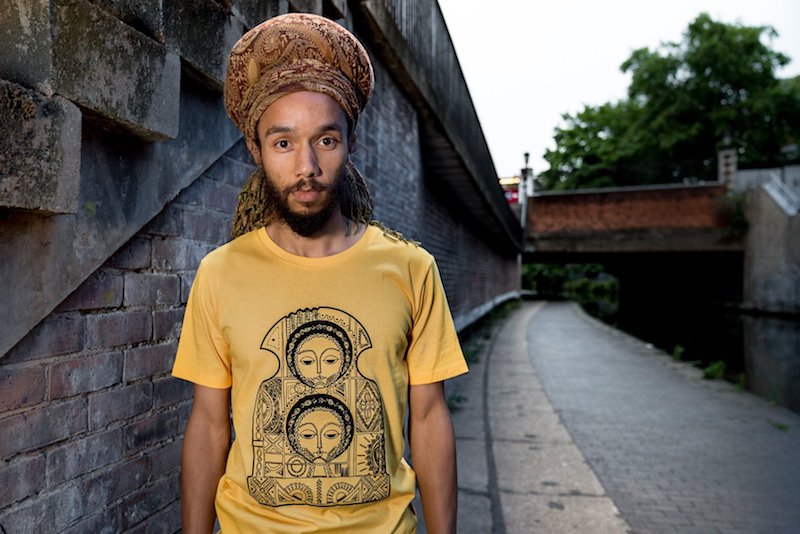 Natty & The Rebelship is a London-based reggae outfit. Not too long ago, they released a music video for “Badman (Rastafari Mix)”, a reggae tune from Natty’s upcoming 10-year anniversary album, entitled, “Man Like I & I X” featuring Benjamin Zephaniah.

“The track has a mantra-like Rastafari chant throughout the song, giving it an other-worldly type effect. I thought I’d bring it back down to earth with the video I which I hope showcases the rebel energy of Rasta people in London.” – Natty

The video finds Natty & The Rebelship jamming in a room filled with TV sets. Later, they attend a Rastafari celebration in a park in North London. Also, the high-spirited video highlights a side of Natty that’s rarely seen.

Natty’s original version of “Badman” reached No. 1 in Japan in 2008. Ever since then, fans have been shouting ‘Jah Rastafari’ every time the song is played live. And now, the “Badman (Rastafari Mix)” version radiates the same kind of energy as the original.

Repackaged with the essence of today, the Rastafari mix features Benjamin Zephaniah’s revolutionary message—we don’t fight one another, we just beat Babylon, so we’re bad. Also, Natty calls on original band-mate John Blood to sing the BV’s alongside The Rebelship members.