MORGAN releases an inspiring pop tune, entitled, “You’re Worth It”

MORGAN is a fast-rising singer-songwriter from London, England. Not too long ago, she released an inspiring pop tune, entitled, “You’re Worth It,” produced by Slim Typical via Major Tom’s Records. The Kassandra Powell-directed video stars MORGAN, Hamzaa, and a diverse cast of people, who are showcased in a vulnerably unconfident light. But as the video progresses, each character begins to radiate empowering energy of feeling comfortable in their own skin.

MORGAN – “You’re Worth It” music video

“I tear up every time I watch this video. It’s full of so many different emotions: pain, happiness, self-love, power, movement, diversity. I really wanted to make the effort to include many types of people in this video and for them to truly be the stars in it, considering what the song is actually about – loving yourself no matter what shape, size, ethnicity, gender, or identity you are. Kassandra Powell is an incredible director (she actually directs most of my music videos) and her vision for it just elevated the message I want to portray. It’s my favorite video to date and I hope everyone loves it as much as I do.” – MORGAN explained

‘You’re Worth It’ finds MORGAN sermonizing an important message that we need to know and own who we are and we shouldn’t let anyone tell us otherwise. “Everybody feels this hurt sometimes,” the songstress sings, hoping to inspire anyone who is feeling down. To those who are, she tells them, “You don’t think you’re beautiful, you don’t see the grace within your power because you’re always so cynical.” MORGAN also offers other words of advice like stop crying, stop overthinking every situation, have confidence, and get to know yourself (the most important discovery an individual can make). Later, she courageously sings, “You gotta be the empress in your tower,” about a high and safe place, where anybody can be somebody – if they only believe.

“Behind the makeup, what’s underneath, beneath the surface?”

“I wrote ‘You’re Worth It’ about self-love. Despite this being something that I have emphasized for as long as I remember, it’s been something I really have been trying to focus and instill in my daily life recently – so it comes from a deep place in my heart. We live in an age of social media and consequently an age of perfection. People can say it’s a Gen-Z issue but in my opinion, we are all victims of it regardless of age, gender, race… the list goes on. I’m pretty clear about that from the opening line. I guess you can say when I am talking about ‘make-up,’ I’m actually referring to the mask we portray to both the outside and digital world.” – MORGAN  explained

‘You’re Worth It’ follows the hit single, “ADCT,” a track that was re-released in 2021 after going viral on TikTok. It has since racked up over five million streams and 1.5 million YouTube streams. Also, it achieved being TikTok’s #1 trending sound and #1 on the UK Hot 50. Not stopping there, the song was playlisted by BBC Radio 1Xtra, Capital Xtra, Kiss FM, and Kiss Fresh. Plus, it received support across Apple Music, as well as on BBC Radio 1 from Jack Saunders, Clara Amfo, and Victoria Jane.

“You should bet on you.”

Just 21-years-old, MORGAN burst on the scene in 2019 when she signed to Rudimental’s Major Tom’s label and featured on their track, “Mean That Much,” alongside Preditah. A whirlwind couple of years since has seen her drop her debut EP, “Alien,” perform three times on the BBC Live Lounge, and feature on the Rudimental smash, “Be The One,” alongside Digga D, a single that has over 21 million Spotify streams and counting. 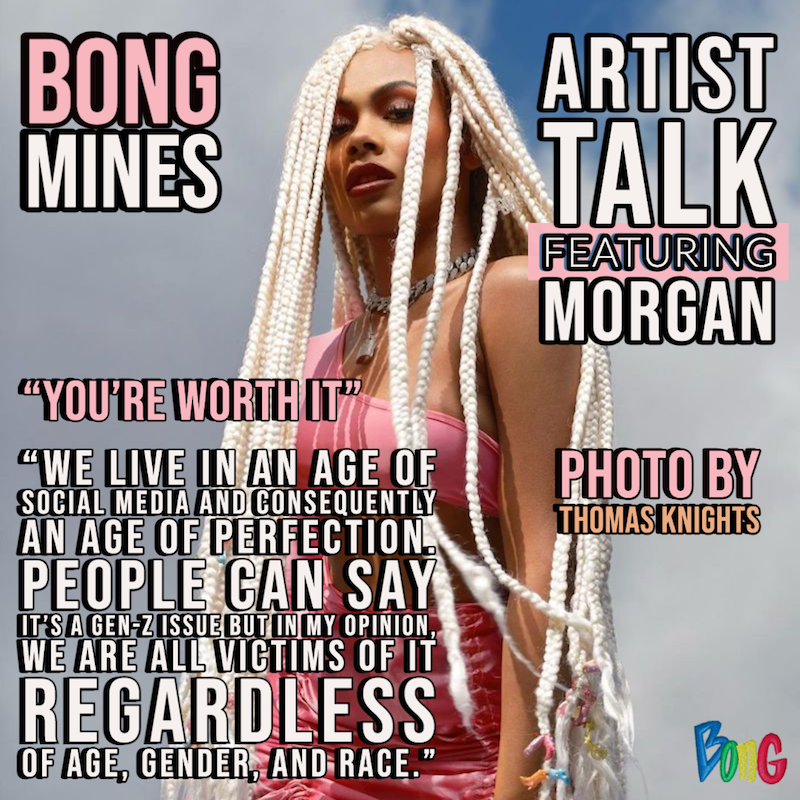 “Keep searching for your perfect, you’re already worth it. Keep on tryna be something that you’re not, instead of loving what you got. Living on the edge, living on the line. Fighting with the devil inside doesn’t matter what people say you are. Know that you have come this far. Know we’ve all been through the same pain. Whether you are big or small, tall or short, heard it a million times. Even if you fought your cause, tried and lost, hurt, but you’ll survive.” – lyrics

‘You’re Worth It’ contains an inspiring narrative, encouraging lyrics, and ear-welcoming vocals. The emotionally-charged tune also possesses stellar production bursting with contemporary pop and R&B elements. Furthermore, “You’re Worth It” is a therapeutic track for anyone who needs to feel that they are beautiful and further serves as the work of an artist who is destined for big things.

“You’re Worth It” single 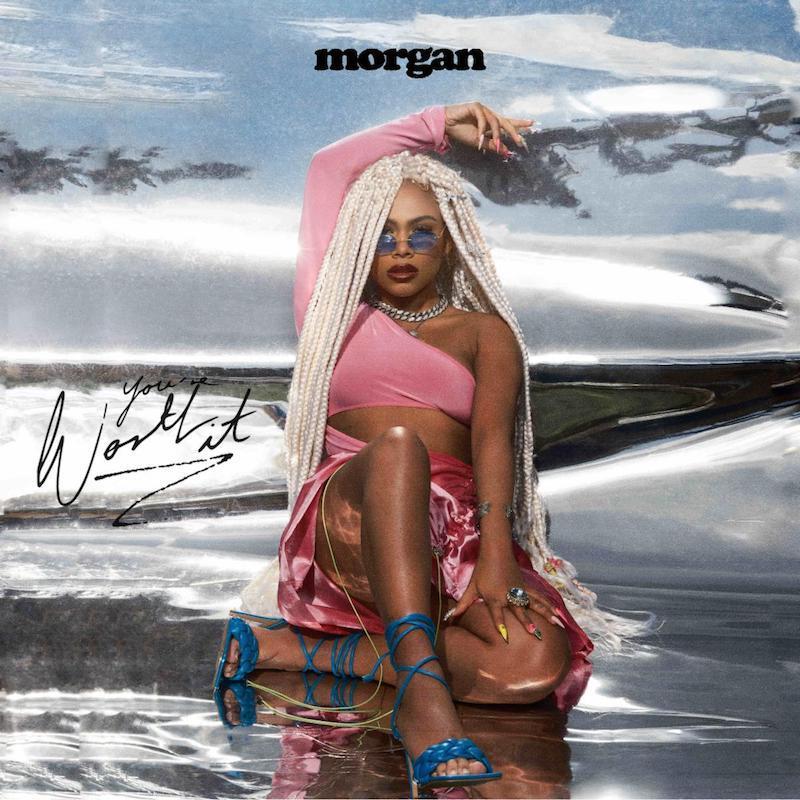 We recommend adding MORGAN’s “You’re Worth It” single to your favorite contemporary pop playlist. Also, let us know how you feel about it in the comment section below. Mel Blanc’s famous catchphrase, “That’s All Folks!” Thanks for reading another great article on Bong Mines Entertainment – the hot spot for new music. Furthermore, always remember that (P) Positive, (E) Energy, (A) Always, (C) Creates, (E) Elevation (P.E.A.C.E).