Miranda Joan dedicates a wonderful love song to “The Rock,” entitled, “I Love You, Dwayne”

Miranda Joan is a Brooklyn-based, Vancouver-raised singer-songwriter from Montréal, Canada. Not too long ago, she released an endearing R&B single, entitled, “I Love You, Dwayne.”

“This is my love song to Dwayne, but it also is a nod to my childhood. I remember sitting through pay-per-view matches when I was young, sandwiched between my brother and his friends, and wanting so badly to hang out with the big kids. During the lockdown, I fell down the Dwayne rabbit hole because of my dad’s recommendation to watch Hobbs and Shaw. I now know more about Dwayne’s life than I ever would’ve imagined; every line of my song is a reference to his life and career. I may not have started writing I Love You, Dwayne as a super-fan, but I can certainly say I ended up as one. The answer to your next question is yes, I do love Dwayne.” – Miranda Joan explained

‘I Love You, Dwayne’ is a slow jam love song infused with sultry vocals and tuneful melodies that tap into a different side of Miranda Joan’s personality. The song is a playful and comedic tribute to the life and career of the wrestler-turned-actor, Dwyane “The Rock” Johnson. Furthermore, “I Love You, Dwayne” is the second single from Miranda Joan’s upcoming album.

Miranda Joan divides her time between countries and it was her university studies in jazz that originally brought her to New York, a city whose grittiness and intensity have influenced her artistry as profoundly as her bi-coastal upbringing. The fluidity that came with growing up along the Pacific Ocean in Vancouver and the joy-de-vivre and creativity that Montreal exuded continue to shape Joan personally, artistically, and spiritually. Both her French and English backgrounds have made their way into her writing, which orients itself around story and lyrics and is largely influenced by her reverence for soul and pop music. 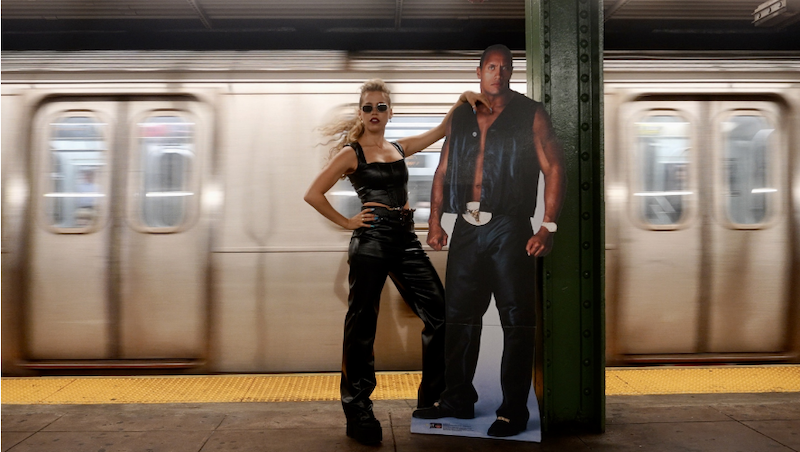 Joan was selected as one of First Up with RBCxMusic Emerging Artists in 2021, shared the virtual stage at CMW, and has received radio airplay in Vancouver and Los Angeles. Also, she has performed on national tours and played sold-out shows as well as headlined well-known NYC venues. In 2019, she performed at the Montreal Jazz Festival with the Orchestra National de Jazz de Montreal, led by Sly5thAve in a tribute to Dr. Dre. Furthermore, Joan is a co-host and co-founder of Brooklyn’s Femme Jam (NYC’s first all-female-led jam session), which is a community initiative to create a women-led space with an emphasis on female musicians that fosters inclusively and creates community.

“I Love You, Dwayne” single

We recommend adding Miranda Joan’s “I Love You, Dwayne” single to your favorite retro R&B playlist. Also, let us know how you feel in the comment section below. Mel Blanc’s famous catchphrase, That’s All Folks! Thanks for reading another great article on Bong Mines Entertainment – the hot spot for new music. Always remember that (P) Positive, (E) Energy, (A) Always, (C) Creates, (E) Elevation (P.E.A.C.E). Contact us on social media via Twitter, YouTube, Instagram, or Facebook, and let us know what’s going on. Disclaimer: This post contains affiliate links. If you make a purchase after clicking a link, we’ll collect a share of sales or other compensation.