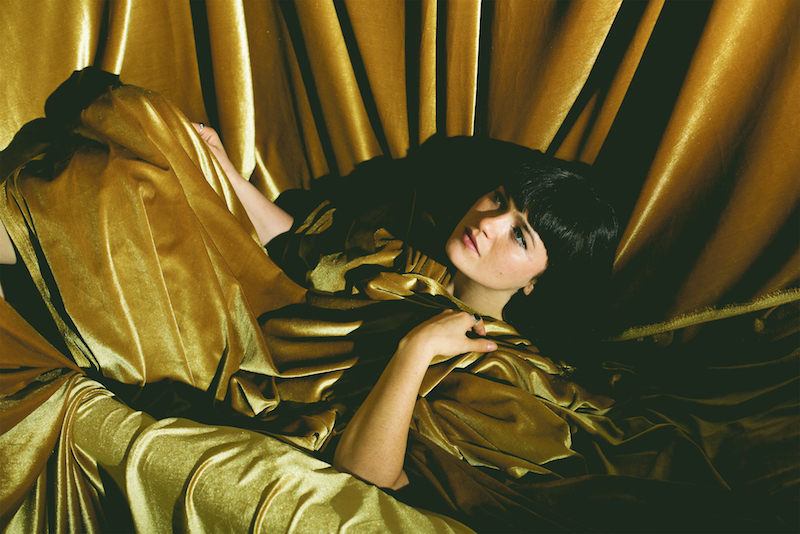 Laura Jean Anderson is an LA-based singer-songwriter from Olympia, Washington. Not too long ago, she released an evergreen love tune, entitled, “Lonesome No More”.

“This song was written while I was driving from Arizona to Los Angeles. I was alone and with my dog at the time, after a string of bad shows. I was inspired by a new love that I had just dropped off at the airport and the melody and words came rushing into my head while driving on the 10 freeway. Also, I didn’t have any paper and was also driving. So I would write down lyrics on my thigh to remember. Whenever I stopped for gas, I would plunk it out on my unplugged electric guitar. It was hours of putting this song together, hearing it only in my mind and my thigh covered in pen marks.” – Laura Jean Anderson

‘Lonesome No More’ tells an interesting tale of a young woman who doesn’t want her significant other to leave her side.

Apparently, he has somewhere to go to, and after his departure, she spends days in a haze crying over him in solitude.

Eventually, after a few days, she doesn’t feel lonely anymore and looks forward to the remaining days left when she gets to feel her partner’s warm embrace again.

“I promised myself that whatever state it was in, I would play it at my show in LA that night. I had no idea how it really would sound. So I finished it, played it that night, raw and unedited, and the song was as is. I tried to produce it and put the band on, molding it into many genres and styles and it just never fit. Finally, I just decided to record it stripped down, as I heard it while driving in my car, exactly like the first time I played it. Tyler Chester and I, with the beautiful singers J. Blynn & Pete Harper, went into an all analog studio and cut it live, no headphones, in the room. No edits, all to tape, 2nd take. Exactly how the song was intended in my head.” – Laura Jean Anderson

Laura Jean Anderson had a strict Mormon upbringing. During her teenage years, she used music as an outlet for rebellion and enhanced her vocal skill in church choirs.

After a bronchitis-ridden audition, she gained acceptance to California Institute of the Arts (CalArts), where she studied classical voice.

Since then, she has gained experience as a blue collared musician who built her career working odd jobs which involved painstaking hard labor. She has done farm work in South America and found love and subsequent heartbreak berry farming in Washington State.

Get acquainted with Laura Jean Anderson’s music by streaming her “Lonesome No More” EP via Spotify.

We recommend adding Laura Jean Anderson’s “Lonesome No More” single to your personal playlist. Also, let us know how you feel about it in the comment section below.