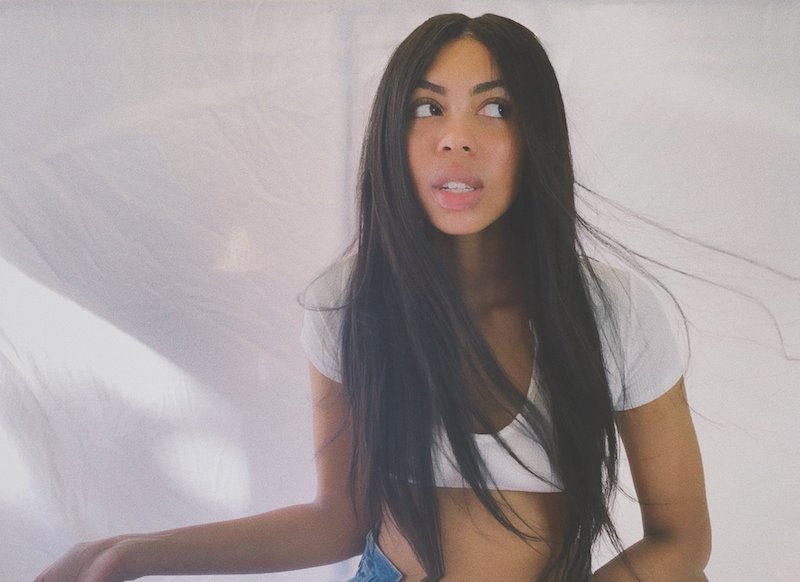 krissy is an up-and-coming singer-songwriter from Brooklyn, New York. Not too long ago, she released an introspective indie-pop tune, entitled, “Time”.

“I’m aware of time now. I’m aware of change. Well, I haven’t sung in a while now, and my voice doesn’t sound the same. I’ve felt quite defeated…still haven’t broken down. Instead, I’ve stopped my feelings, I chose to shut down. And they say you can’t rob time. Take back what’s left and call it mine. Run back to when everything was right. You gotta move on, move on in time.” – lyrics

‘Time’ tells a bittersweet tale of a vulnerable young woman who feels she’s a disappointment to herself. Therefore, she hides her face from every mirror, hoping not to envision the cause of her dissatisfaction. Later, she admits that she has to move on and believes things will get better in due time.

‘Time’ contains a relatable narrative, ear-welcoming vocals, and tuneful melodies. Also, the sentimental tune possesses guitar-driven instrumentation decorated with a warm indie-pop aroma. Furthermore, “Time” was originally offered as a limited-release vinyl pressing, and all proceeds have gone and are going to benefit No Kid Hungry during the COVID-19 crisis.

“‘Time’ was written during a moment in my life when I felt that I’d disappointed my younger self. I was reflecting on where I was—where I thought I’d be, and I was found wanting. It’s one of my most personal songs. It’s a reminder of one of my lowest points mentally. And how even in the midst of regret and self-doubt, I’ll always choose hope and healing—in time.” – krissy

We recommend adding krissy’s “Time” single to your personal playlist. Also, let us know how you feel about it in the comment section below.