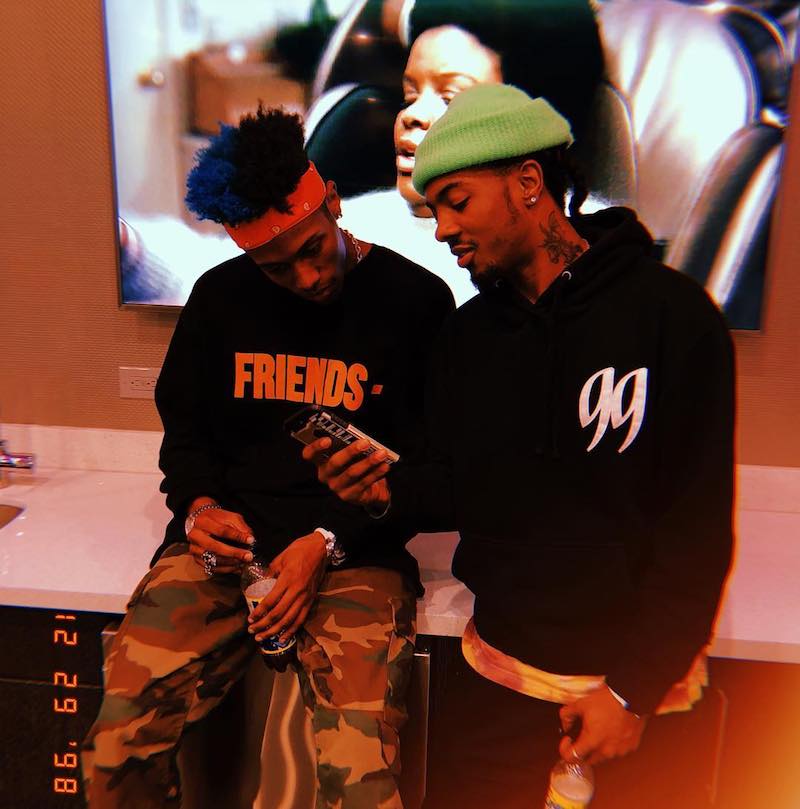 Keith Lawson and Chozus are rappers from the Bronx, New York. Not too long ago, they released a melodic rap tune, entitled, “Ask for It”.

“We lit all the time. My homies got criminal minds. So I’m watching my back all the time. Act up and I leave you behind. ‘Member back then I was broke I had to ask for it. Now I pull up my Louie backpack got racks on it. That was yesterday. My homie got out like yesterday. Open the top on the wraith we countin’ stars today.” – lyrics

‘Ask for It’ tells an interesting tale of a drippy young street hustler who gets money, bags desirable females, and chills in an environment plagued with criminal activity.

Apparently, he hustles in a bando, nearby where rats are snitching, and keeps one eye open for anyone who tries to pull a fast one on him.

‘Ask for It’ contains a relatable storyline, flourishing lyrics, and melodic instrumentation flavored with hip-hop and trap elements.

“This song is about the times we had to ask for it and now we take what we want because we worked for it.” – Chozus

Keith Lawson has been making music a while and has worked with artists such as Lil TJay, OneTakeQuan, and Asian Doll.

Chozus just graduated from the University of Pennsylvania and started making music a year ago.

So far, Lawson and Chozus have released 3 singles including “Married to the Money”, which has amassed almost 300k views on YouTube.

Lawson is now working with producers Ben Jane in Los Vegas, LA Trax in Atlanta, and Tony Shimkin in NYC. He will release a 15-track EP that includes a mix of solo material and features from some of the brightest upcoming hip-hop artists this summer.

We recommend adding Keith Lawson’s “Ask for It” single featuring Chozus to your personal playlist. Also, let us know how you feel about it in the comment section below.