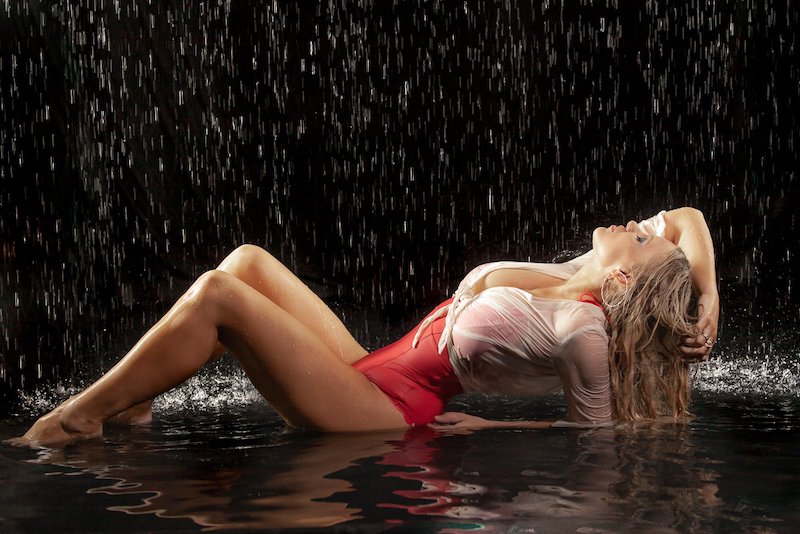 Johanna Kuvaja is a singer-songwriter and music teacher from Tampere, Finland. Not too long ago, she released a dreamy pop tune, entitled, “Shower”.

“You turn me on. You’re everything I’ve ever dreamed of, baby. Don’t be shy, undress, you’re your clothes off, baby. I’ve envisioned you many times in my mind. Your body’s hot no matter front or behind. So, can I please see a little preview tonight between you and I? Don’t make me wait no more. Get in the shower and close the door.” – lyrics

‘Shower’ tells a romantic tale of a woman who desires to see her significant other taking a shower.

Apparently, she has high hopes of fulfilling her lustful desire, and can’t wait to see the steamy preview.

Also, she reassures her partner that she won’t put his private visual on YouTube. Therefore, he shouldn’t worry.

“This song was composed when I had an online relationship with an Aussie guy. He said that I could see him taking a shower after his rugby game over Skype and I was excited to see that. I started to hum the chorus, ‘Woah, can I see you in the shower’, and that’s how the song was born.” – Johanna Kuvaja

We recommend adding Johanna Kuvaja’s “Shower” single to your personal playlist. Also, let us know how you feel about it in the comment section below.