Jenny Yim is an up-and-coming singer-songwriter from Oahu, Hawaii. Not too long ago, she released a lovely indie-folk tune, entitled, “Rooftops”.

“It has always been my dream to reach as many people as I can through my music. But regardless of where this path takes me, and how big the audience and venues might become, having a true connection with my fans will always be the most important thing. I hope that my career grows to a point where I have enough of a voice to make an impact on people’s lives, to effect changes where I can, but never forget that the support of my fans is what got me there.” – Jenny Yim

‘Rooftops’ contains a relatable storyline, ear-welcoming vocals, and tuneful melodies. Also, the nostalgic tune possesses vibrant instrumentation scented with a warm indie-folk aroma. Furthermore, “Rooftops” is a fantastic presentation to what listeners can expect to hear from Jenny Yim in the near future. 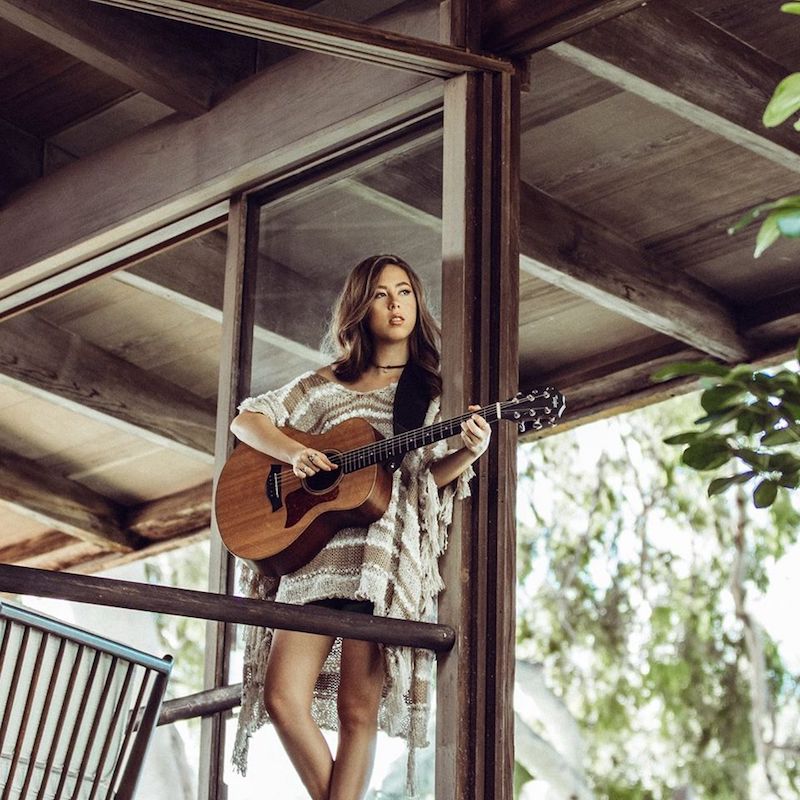 “Flora Cash told me to just keep being myself. ‘If you’re a woman in this industry, you have to be strong and stick to what’s true for you.’ And Joshua Radin was like, ‘Be yourself and tell your stories. In the end, you only want an audience and a following who follows you for you.’ You talk to these big musicians, and they’re just like, ‘Have fun with it—don’t worry about the other stuff.’ These brief moments of being mentored only reaffirmed that it was ok for me to keep writing the kind of music that comes naturally to me and it gave me the self-confidence to be true to my music and not try to emulate another artist.” – Jenny Yim

Jenny Yim has performed in prominent venues such as The Republik and the Blue Note, where she has opened for Eric Hutchinson, lovelytheband, Flora Cash, Joshua Radin, and Summer Salt.

“Sometimes, it’s hard to figure out who you are—you’re not completely yourself. But when I’m on stage, I feel the closest thing to the real me. Everything else falls away.” – stated Yim

A free-spirited hippie, Yim grew up on a steady diet of The Beatles and classic Hawaiian music. Oftentimes, she visits nature to get reenergize, and utilizes writing as an outlet.

“Although some of my songs were written for other people, my personal pain is found throughout most my music. Life’s lessons I’ve learned. I write them to make people feel better, to give them a voice, to let them know they are not alone in their experience, and that I can understand their pain too. It’s just about recovering, living your best life.” – stated Yim

“This song is about longing to return to simpler times in life.” – Jenny Yim

Jenny Yim will be releasing music a bit unconventionally. Instead of releasing a debut EP. She will be releasing singles into five themed collections. These collections will continually grow as she releases more songs. The themes are So Sad (which will be home to her first release, “Fighter”, on Dec 5th), So Sweet, So Mean, So Close, and So Simple (So Simple will be intimate/ acoustic versions of her songs).

We recommend adding Jenny Yim’s “Rooftops” single to your personal playlist. Also, let us know how you feel about it in the comment section below.